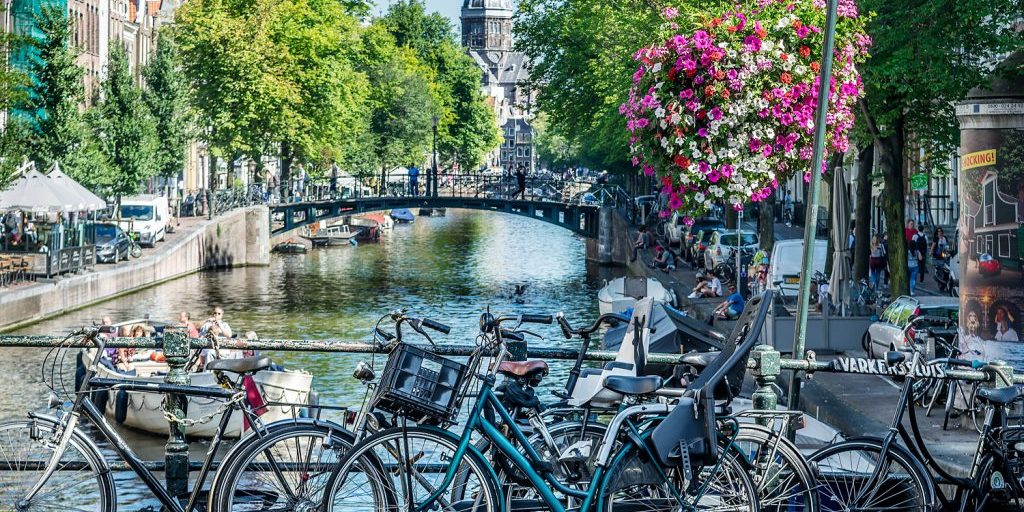 From bikes to brown cafés, here’s what to see and do on a trip to the Netherlands’ capital 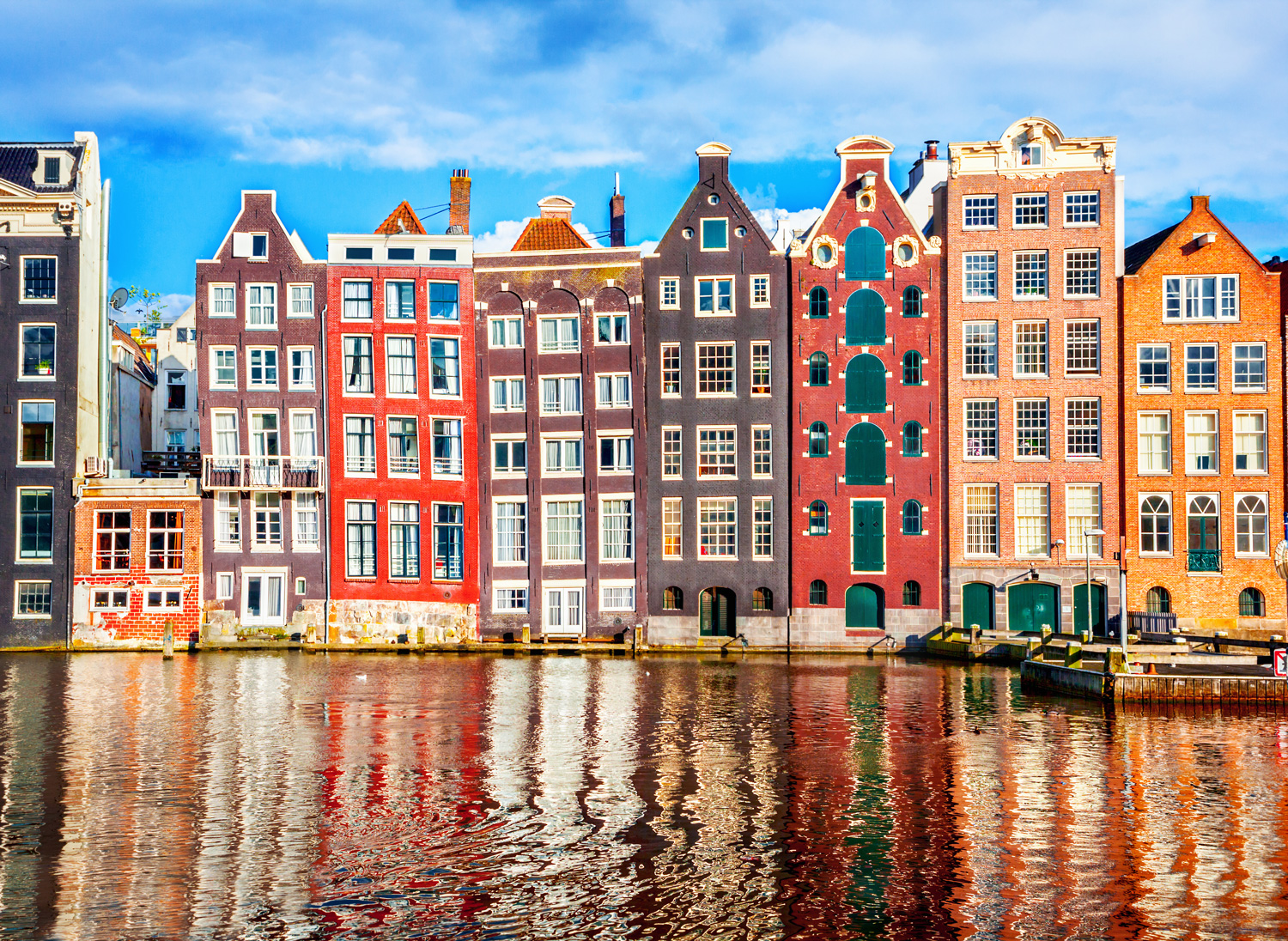 It’s one of the most popular tourist destinations in the world – so much so that there is currently no marketing budget for the Netherlands capital city. It simply doesn’t need it; visitors still arrive by the plane-load.

It’s easy to see why. Amsterdam provides the perfect blend of history and culture to balance out the more risqué recreational pursuits offered by the Red Light District and plentiful “coffee” shops. As well as a myriad of flight options taking just over an hour, from December 2017 there are even more options for Brits to get there as Eurostar launches its new direct train service from London St Pancras, taking around three hours and 50 minutes.

Here 10 of the best ways to occupy yourself while there.

Get on yer bike 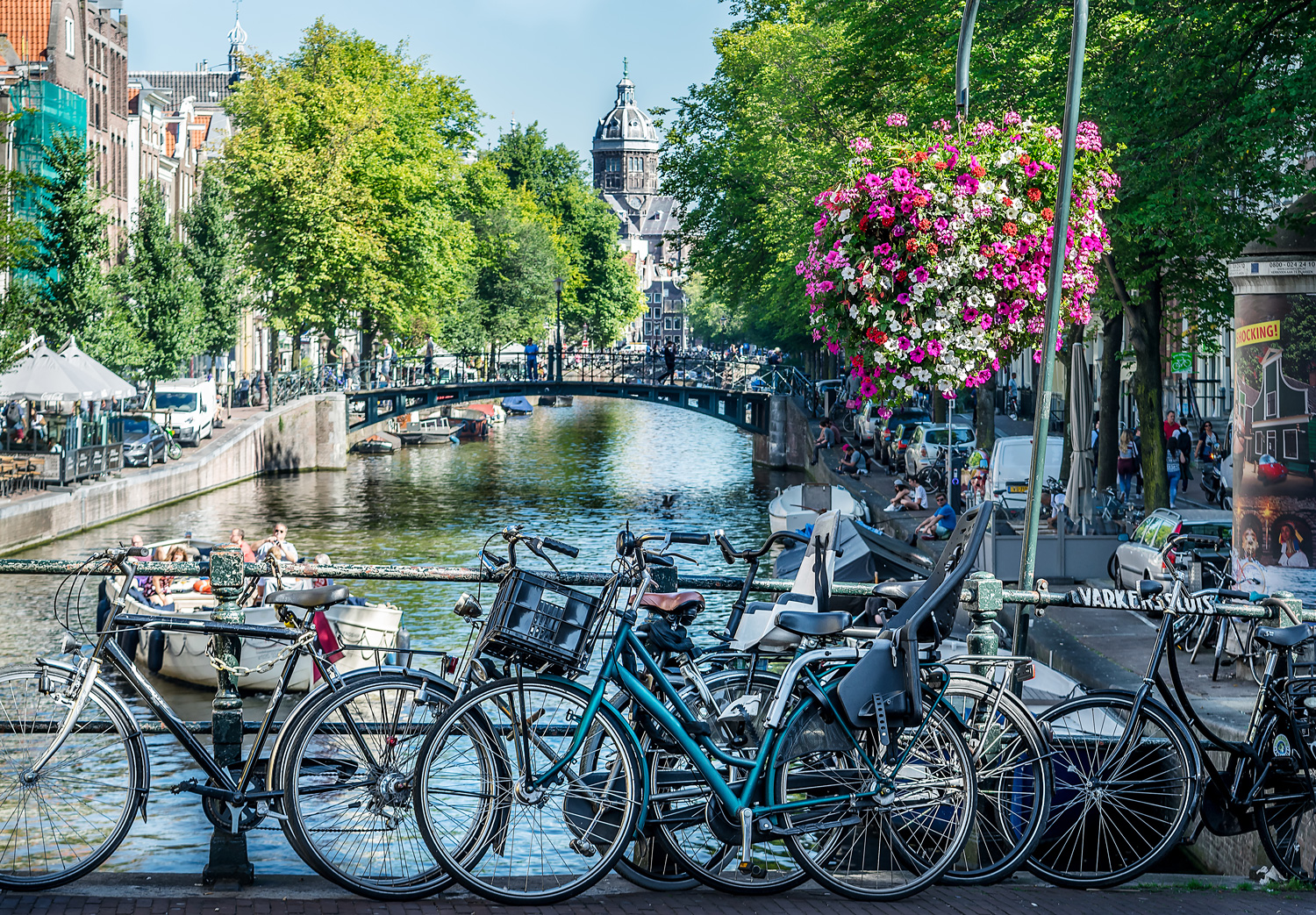 Amsterdam is a city of cyclists and there is no better way to discover the sights. It’s also incredibly quick to get around on two wheels, making Amsterdam’s already compact size infinitely easier to explore. Plenty of places hire out bikes and locks – expect to pay around €35 for three days. Bike City (bikecity.nl) rents single speed, three-speed and seven-speed varieties, with the added bonus that they come in unobtrusive black – more gaudy-coloured bikes that have obviously been hired can attract more attention from thieves.

Once on your faithful steed, you can cycle pretty much anywhere alongside Amsterdam’s famous canals, or head to Vondelpark, a beautiful park to the south-east of the city centre with a playground, ponds, open-air theatre and several giant sculptures, including The Fish by Picasso.

Hop on a pedalo

Getting on the water is a must. There are countless boat trips doing laps of the many canals, but an even more fun way to explore is on a pedalo. There are several routes to choose from which take different amounts of time – you’ll usually be given a map to help with navigation. Stromma (stromma.nl) hires out pedalos from three different locations, charging €12 for an hour and a half.

Soak up some art 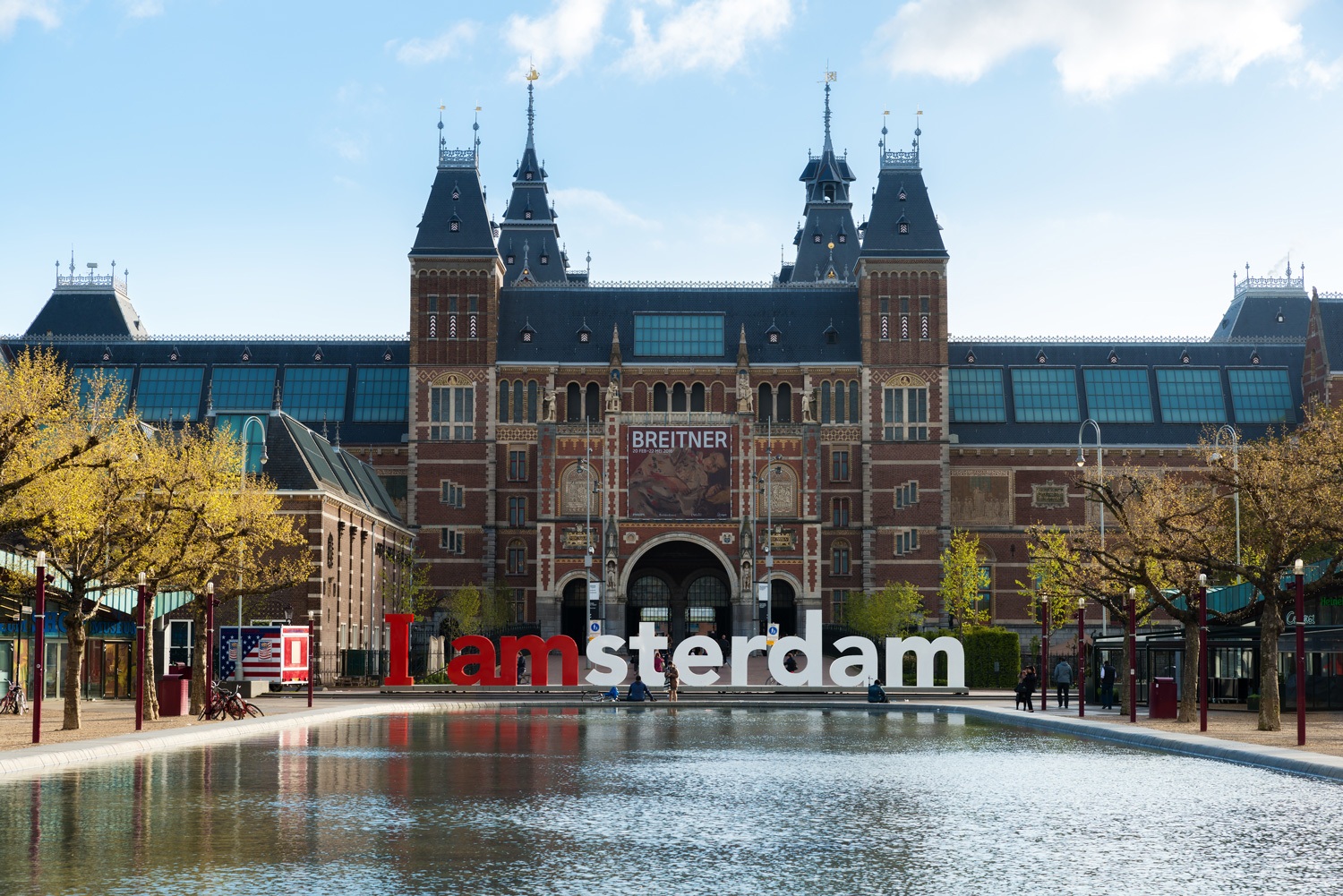 Head to Museum Square in the Amsterdam South borough for more culture than you can shake a paintbrush at. The Rijksmuseum (rijksmuseum.nl) is one of the city’s biggest draws, packed with masterpieces from Vermeer, Rembrandt et al. Allow yourself plenty of time to fully enjoy the many exhibitions on offer. Opening hours are 9am-5pm daily and entry costs €17.50; it’s far preferable to book online in advance and avoid the queues.

Meanwhile, head next door to the Van Gogh Museum (vangoghmuseum.nl) for the world’s largest collection of Van Gogh pieces. A wander through the fascinating rooms charts how the master’s work developed throughout his life. Open Sunday to Thursday from 9am-7pm, Friday 9am-10pm, Saturday 9am-9pm; entry costs €17.

The Dutch have a word for conviviality – that warm, relaxed feeling when everything is just right with the world. Gezelligheid goes hand in hand with Amsterdam’s many bruin cafés, or brown cafés. There are more than 1,000 of these old traditional pubs in Amsterdam, named after their wood panels and tobacco-stained wallpaper. They’re wonderful places to sit, drink, and enjoy deep conversations over a locally brewed beer. Café Hoppe (cafehoppe.com), located on a central square a few minutes from Amsterdam’s flower market, epitomises the genre, with rough stone floors, wood-panelled walls, an impressive number of beers on tap and a selection of deep-fried snacks. 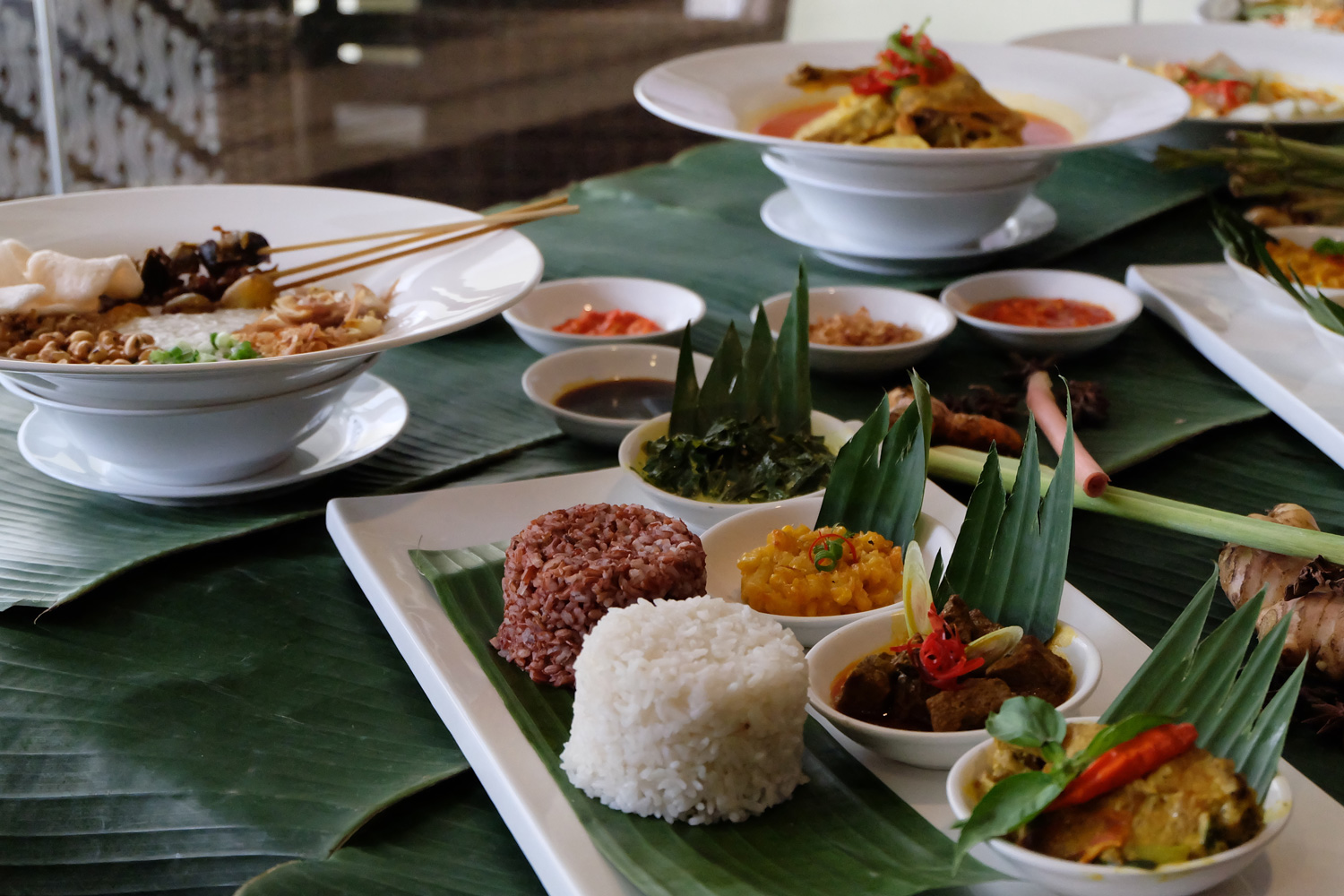 Amsterdam, like any city worth its salt, has its fair share of fine dining places – but the must-try dish can be picked up at less high-flying establishments. No trip is complete without sampling rijsttafel, which literally translates as “rice table”. It’s Indonesian in origin but was adapted by Dutch colonialists, who brought it back to the Netherlands in 1945 when Indonesia gained its independence. Rijsttafel consists of a huge number of small side dishes, including satay, pickles and egg rolls, accompanied by rice prepared in different ways. You can pick some up in any of the many Indonesian restaurants – one of the best and most affordable is Tujuh Maret (tujuhmaret.nl), where you can pick up a set menu for €27.75.

Surround yourself with cats

One of Amsterdam’s most delightfully odd attractions is a museum called Kattenkabinet (kattenkabinet.nl) – essentially a house crammed with artworks that include, you guessed it, cats. Founded by a wealthy banker, Bob Meijer, in honour of his dearly departed tomcat John Pierpont Morgan, the collection includes a small Rembrandt and a Picasso, alongside a bizarre yet moving shrine to Meijer’s favourite feline. But the best part of this off-beat museum is that real live cats can be found all over the place, lounging on tables and floors, and are very open to being stroked. Open 10am-4pm Monday to Friday, 12-5pm Saturday and Sunday; entry costs €6. 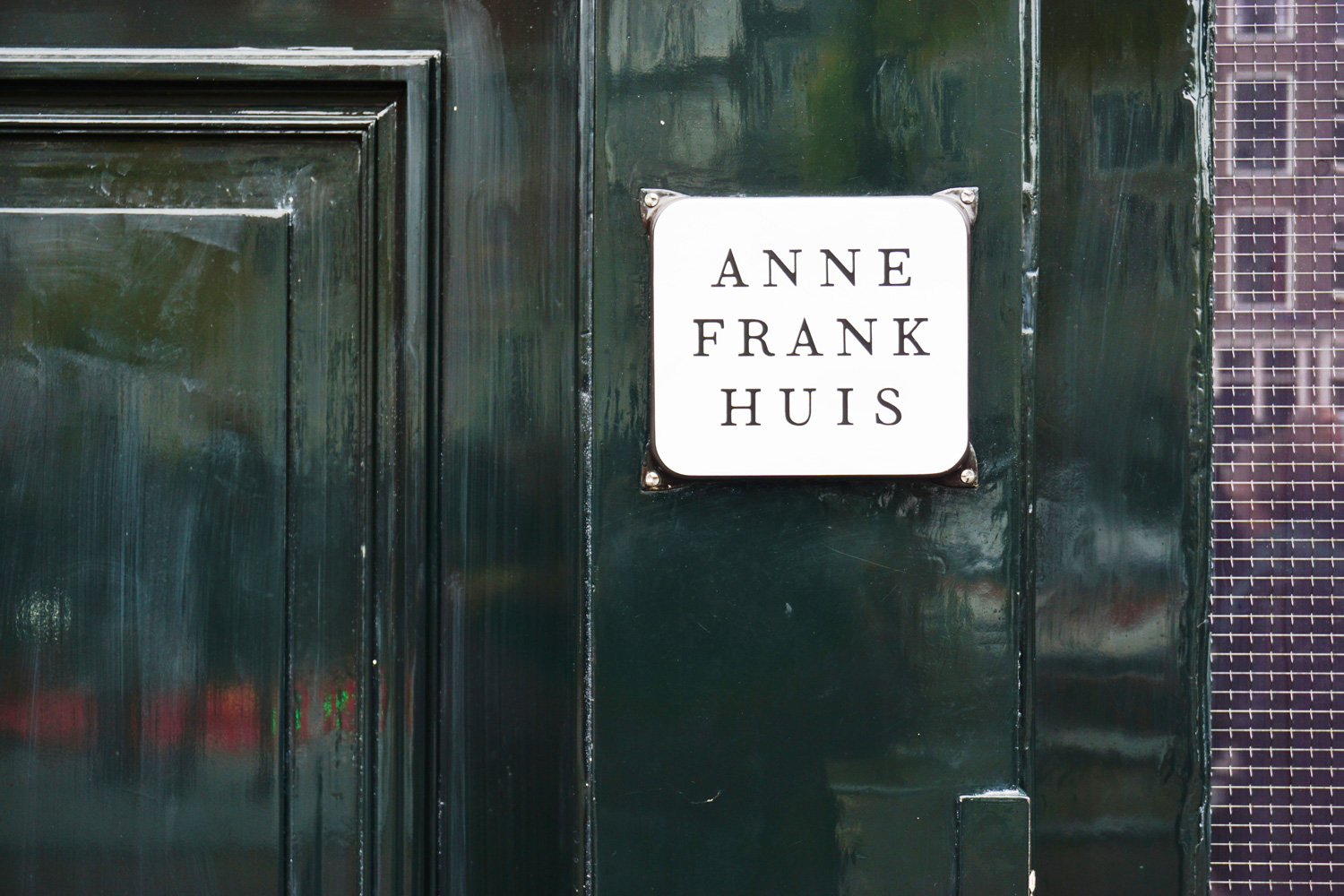 Anne Frank and her famous diary have featured so much in films and television you might feel like you’ve been to her house before. But even being overly familiar with the story doesn’t stop a visit to the place where Anne and her family hid for so long from the Nazis being indescribably moving. The journey takes you from the ground floor up many steep flights of stairs to the secret annex where they lived for over two years – Anne’s room has been preserved with pictures of movie stars and magazine clippings adorning the walls. Most emotive, perhaps, is the range of videos at the end of the tour, showing real-life scenes from concentration camps. It’s all been extremely sensitively done, though you may leave feeling rather subdued. Booking online in advance is recommended (annefrank.org). Open daily 9am-10pm; entry costs €9.50.

If you feel so inclined, Amsterdam’s famously accepting attitude to drugs makes it an ideal place to experiment. If you’re new to the game, steer clear of trying cannabis in any kind of baked good – brownies and spacecakes are often very strong, and it’s difficult to gauge when you’ve had too much. Instead, head to one of the city’s coffee shops and start off light with a pre-rolled joint or choose your poison and roll your own. Share with friends, along with an actual coffee, if you like, and let the good vibes roll. Dampkring (dampkring-coffeeshop-amsterdam.nl) is known for having the most extensive menu in town, and frequently wins the Cannabis Cup. Smoothies, hot drinks and toasted sandwiches are also available.

Put on the red light 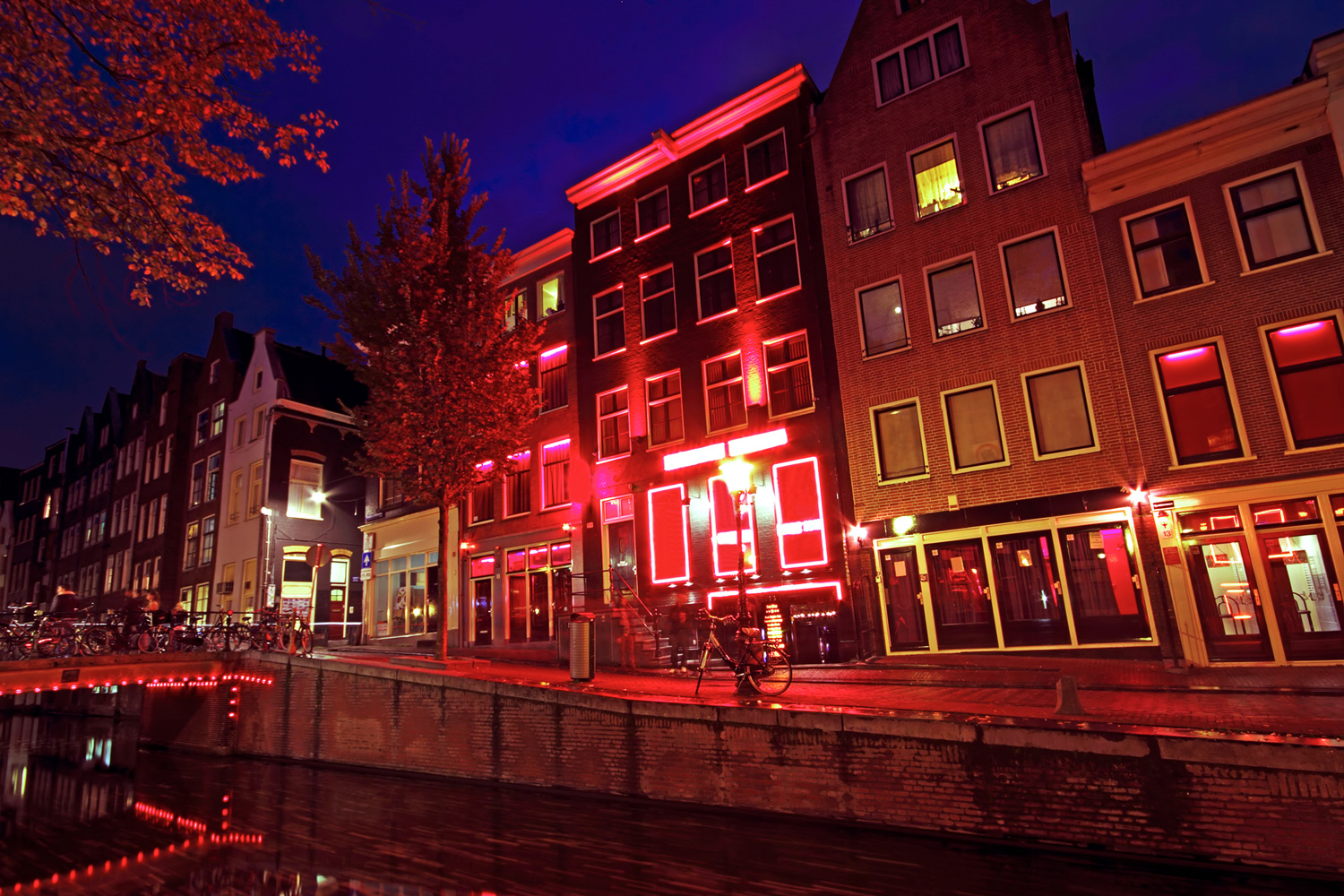 Whether or not you agree with the Netherlands’ legalisation of prostitution, having a look around Amsterdam’s Red Light District in the city’s medieval centre is a fascinating experience. There are countless half-naked girls behind windows, although it’s not always as titillating as you might imagine; they mostly look bored while playing on their phones. For frank information about the whole business, head to the Prostitute Information Centre (pic-amsterdam.com), from where you can also catch an informative hour-long tour of the area. Tours are every Saturday at 5pm and cost €15.

Amsterdam has a multitude of opportunities for retail therapy – outdoor markets abound, selling everything from food to flowers, art to antiques. For fresh blooms, check out the Bloemenmarkt; for everything else, try the Albert Cuypmarkt (albertcuyp-markt.amsterdam). Here, Indonesian immigrants mix with locals, offering stall upon stall of bric-a-brac and delicious Dutch snacks. Nine Streets (theninestreets.com), meanwhile, has a plethora of boutique shops selling all kinds of quirky, one-off brands.

Book with Holiday Hamster and you could visit Amsterdam and try some of these tips for yourself.
Call 08000 988 955 and have a travel advisor tailor make your itinerary at the best possible price.

The above article first appeared here.