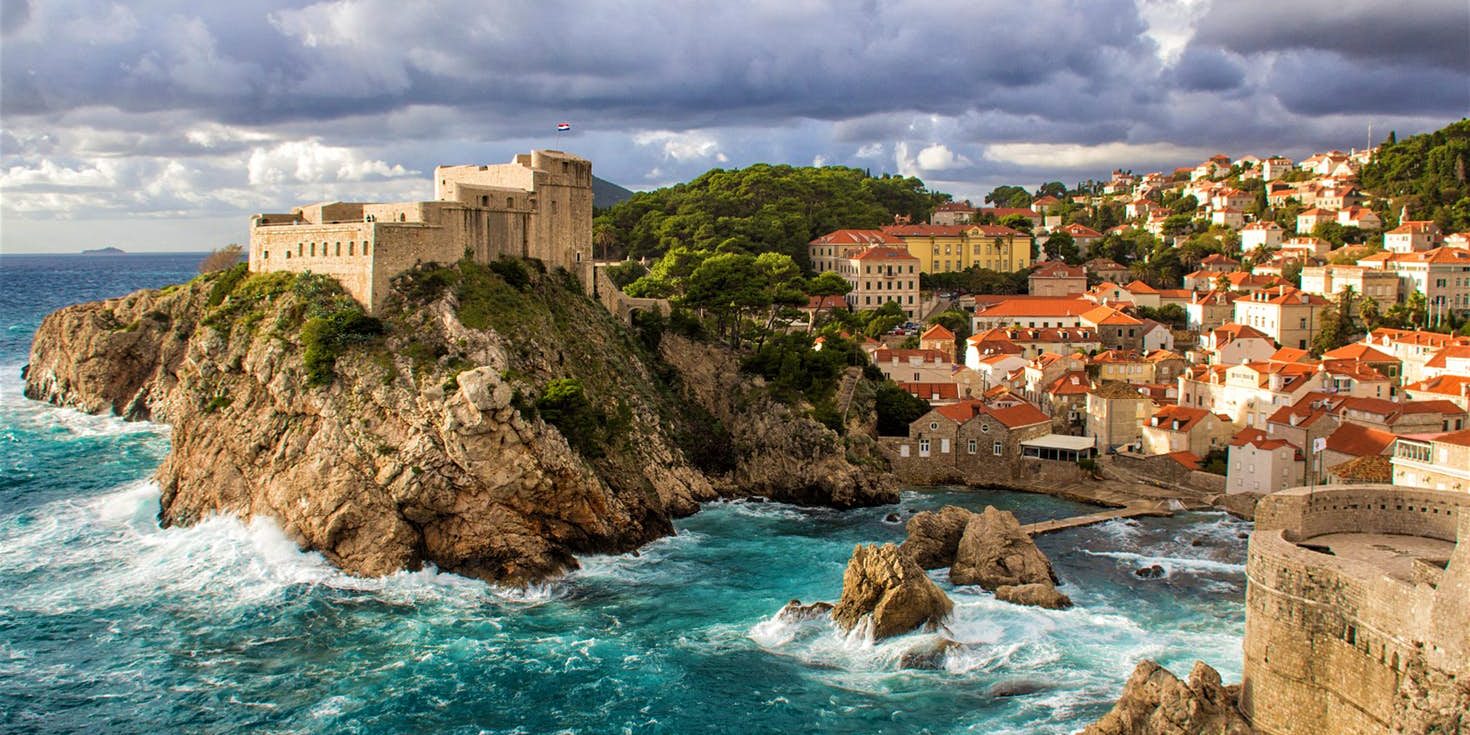 The cult-like grip of HBO’s blood-and-lust fantasy series has drawn veritable Dothraki hordes of fans to the Croatian sites where large chunks of seasons two through six were filmed. The Dalmatian coast’s walled towns and fortresses provide the perfect backdrop for flights of fancy, whether your passion is for the actual bloodthirsty events of history or the dragon-augmented version offered by Game of Thrones. 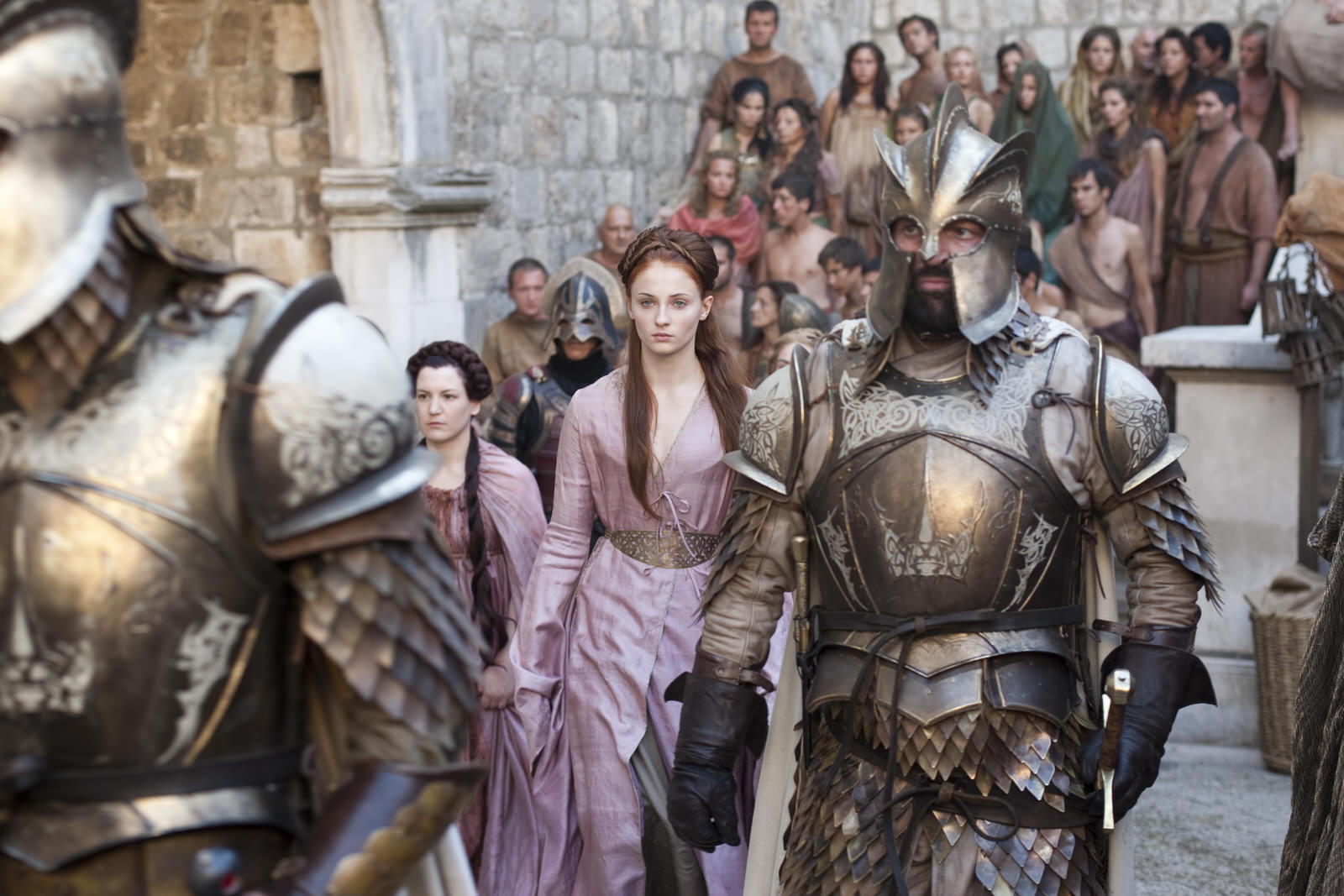 Maraud through the streets of King’s Landing in Dubrovnik

An absolute must-see (and not just for Thrones fans), Dubrovnik’s marble streets and honey-coloured battlements jutting over azure waters made it an obvious choice for King’s Landing. Before you even set foot in the historic Old Town you’ll run a gauntlet of touts selling Thrones-themed tours, many of which are extremely entertaining.

If you’d rather indulge in your own Walk of Shame, start with a whizz around the mighty city walls, where Tyrion Lannister saved the fictional city during the Battle of the Blackwater. Along the way look out for Minčeta Tower, which was used for the exterior shots of Qarth’s House of the Undying, where Daenerys Targaryen retrieves her dragons at the end of season two. 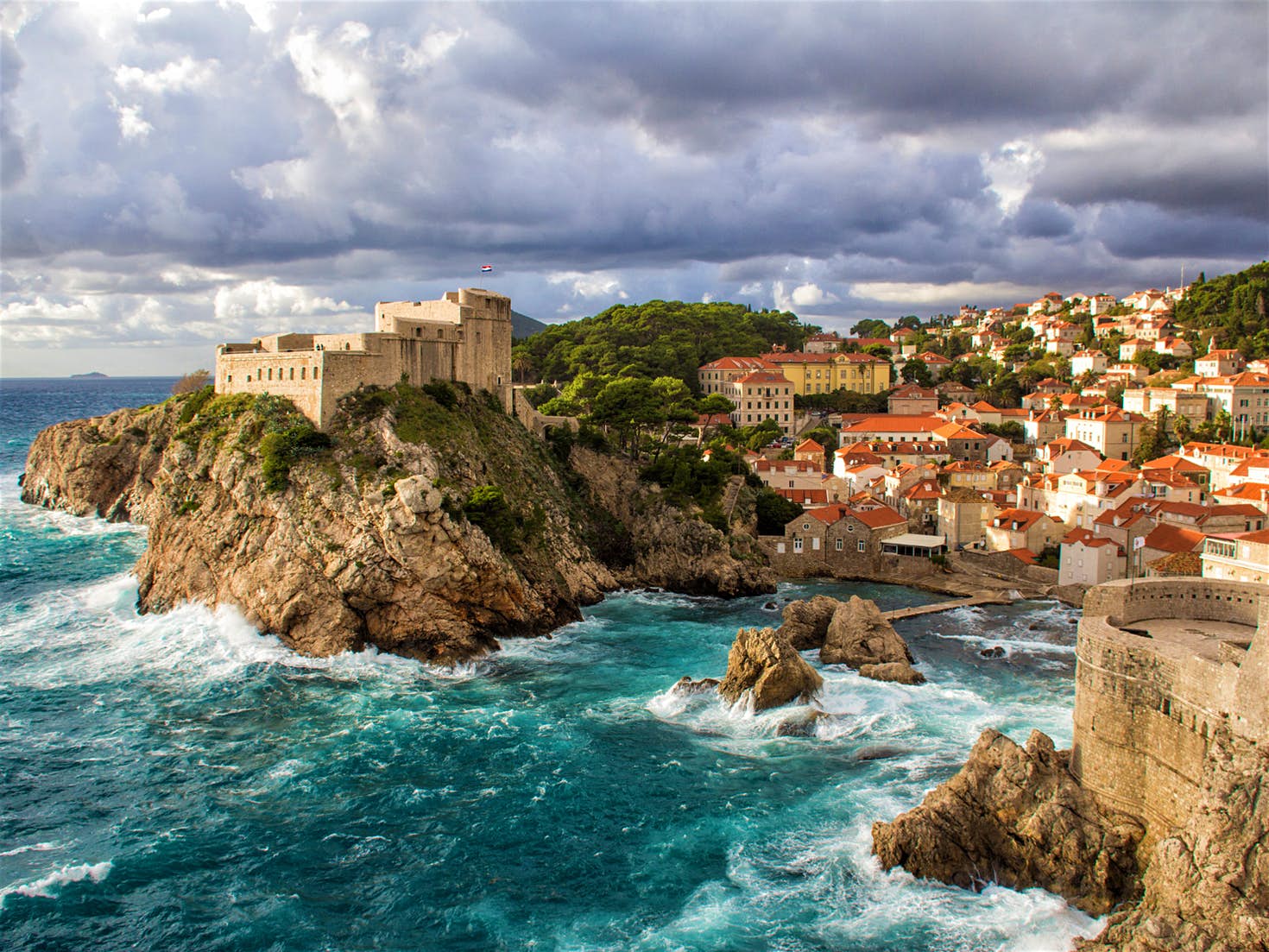 Many scenes were filmed in the Old Town’s cobbled maze of lanes. The area around the Dominican Monastery was used for crowded market scenes, while Cersei Lannister started her naked penitential walk on the stairs leading from the St Ignatius of Loyola Church to Gundulić Square. If you fancy a visit to Littlefinger’s brothel it’s easily arranged, although you may be disappointed to find that it actually houses a rather earnest Ethnographic Museum. Meanwhile, the Rector’s Palacewas such a good fit for the atrium of the Spice King of Qarth’s palace that they didn’t even bother removing the 17th-century statue of Dubrovnik citizen Miho Pracat.

Exit the Old Town via Pile Gate and duck down the stairs to the sheltered little harbour – a location instantly recognisable as the departure and posthumous returning point for Cersei and Jaime Lannister’s daughter Myrcella. Towering above is Fort Lawrence, Kings Landing’s legendary Red Keep. A few hundred metres further along is Gradac Park, the site of the Purple Wedding feast where super-brat Joffrey discovered that kingship really can be a poisoned chalice.

A 10-minute ferry ride from Dubrovnik’s Old Harbour lands you on the island of Lokrum, where Daenerys Targaryen was welcomed to Qarth in a scene set in the cloister of the island’s former Benedictine monastery. The monastery now houses a Game of Thrones exhibition with displays about the filming and a replica Iron Throne awaiting your most imperious selfie pose. 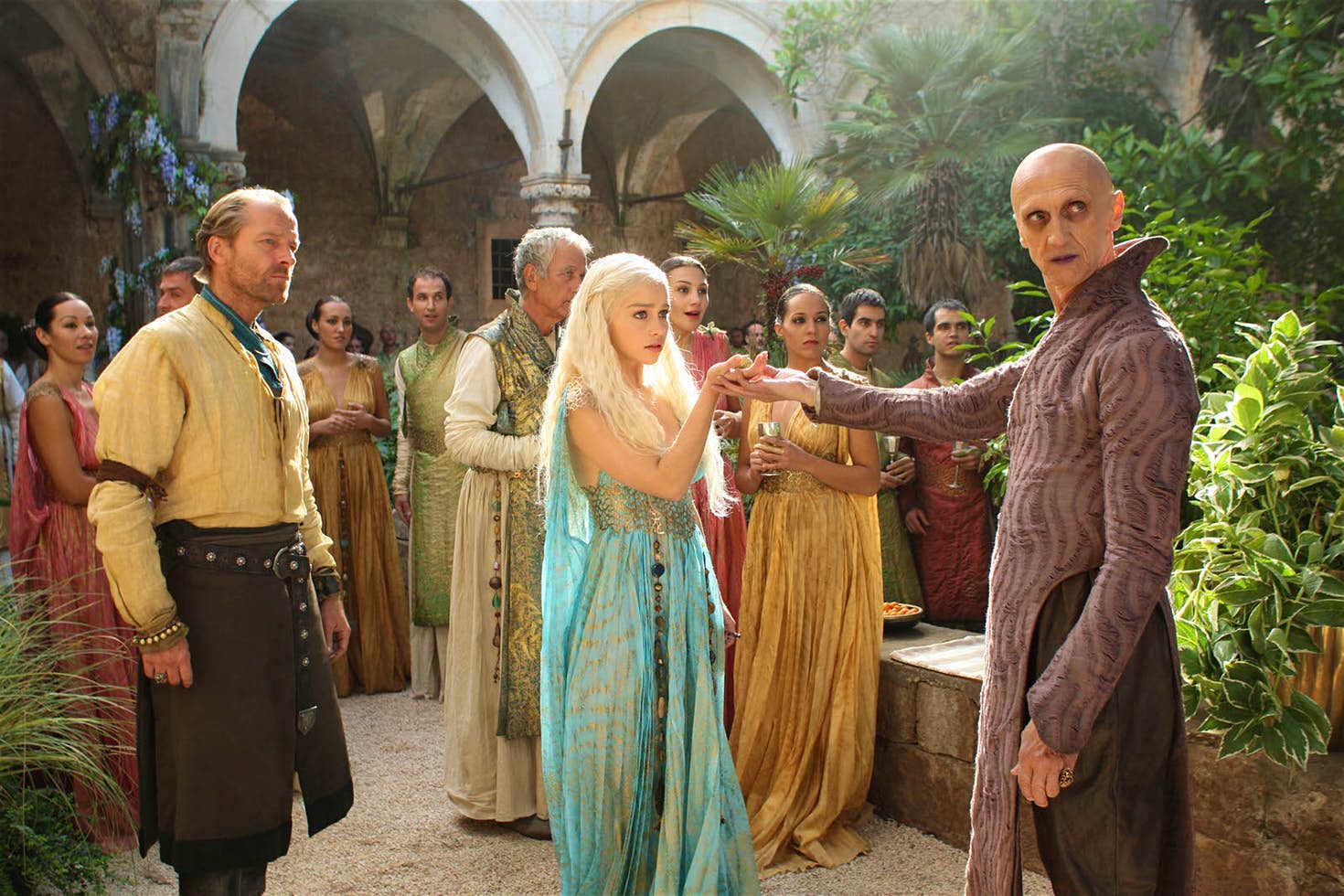 Plot your revenge in Trsteno Gardens

The Red Keep may be in Dubrovnik but the clifftop gardens where the Tyrells endlessly chatted and plotted during seasons three and four are actually 14km northwest of town in the village of Trsteno. The wonderfully lush Trsteno Arboretum was laid out during the Renaissance, with formal paths, ponds, statues and the sea-facing gazebos that the Tyrells loved so much. 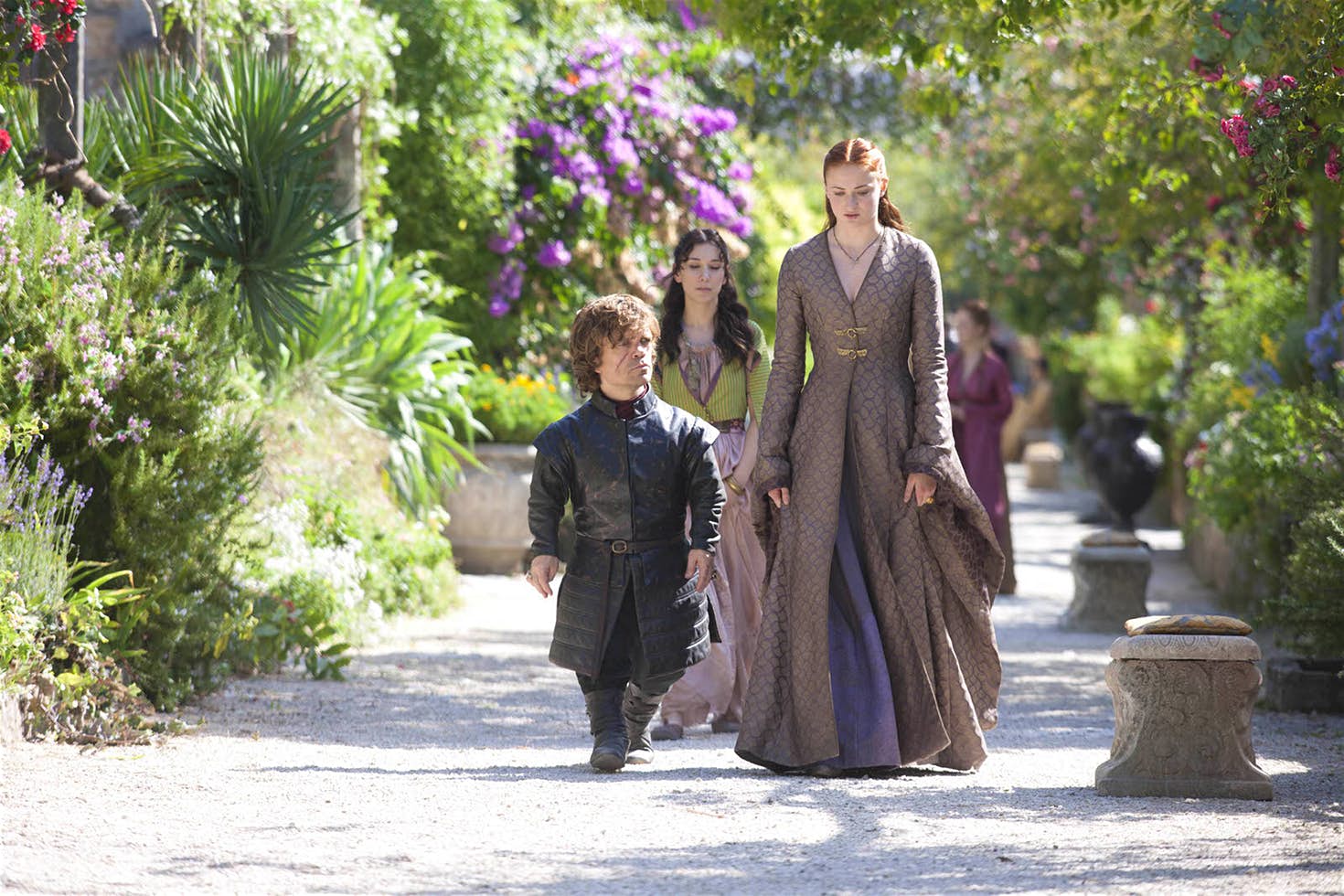 Beware of dragons in Split

Dalmatia’s largest city has a fascinating history in its own right, initially emerging between the ancient walls of Roman emperor Diocletian’s retirement palace. It’s within the palace’s highly atmospheric substructures that Daenerys keeps her scaly brood when she’s in Meereen. 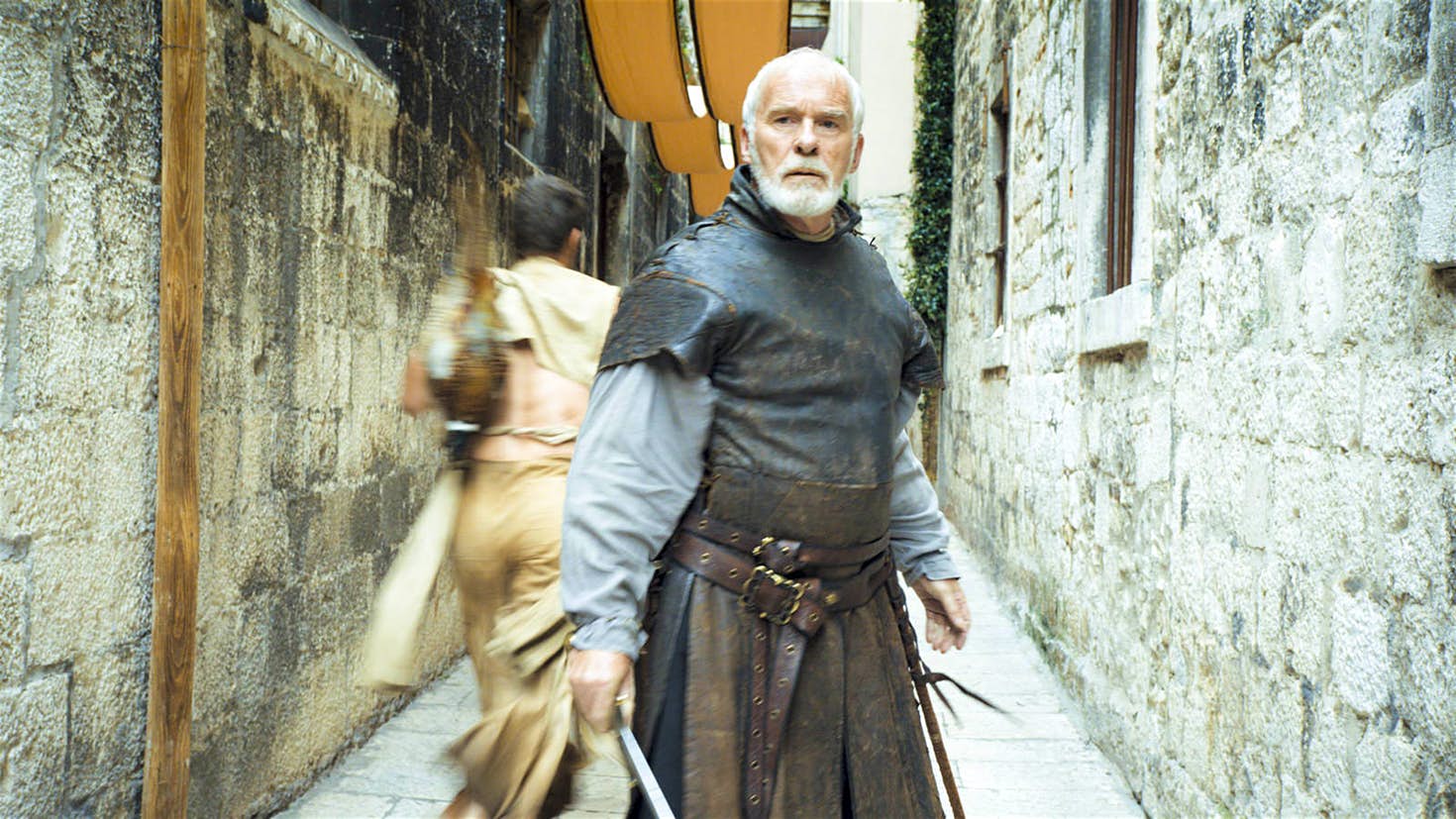 The ancient lanes running through Diocletian’s Palace made a suitably grand backdrop for much bloodletting between the Sons of the Harpy and the Unsullied in season five. But don’t let that put you off seeking out some of the quirky little bars and cafes lurking in the palace’s moodiest corners.

Show no mercy at Klis Fortress

When Daenerys steps outside Mereen to crucify recalcitrant slave traders, she magically appears 12km northeast of Split at Klis Fortress. Founded in the 2nd century, this hilltop castle spreads along a limestone bluff high above the city. Some of the extras hired for their ability to writhe and die on demand would almost certainly have been able to spot their houses from up here. Sadly, there’s no giant pyramid anywhere to be seen, but the setting is extremely impressive and immediately familiar even without the wonders of CGI. 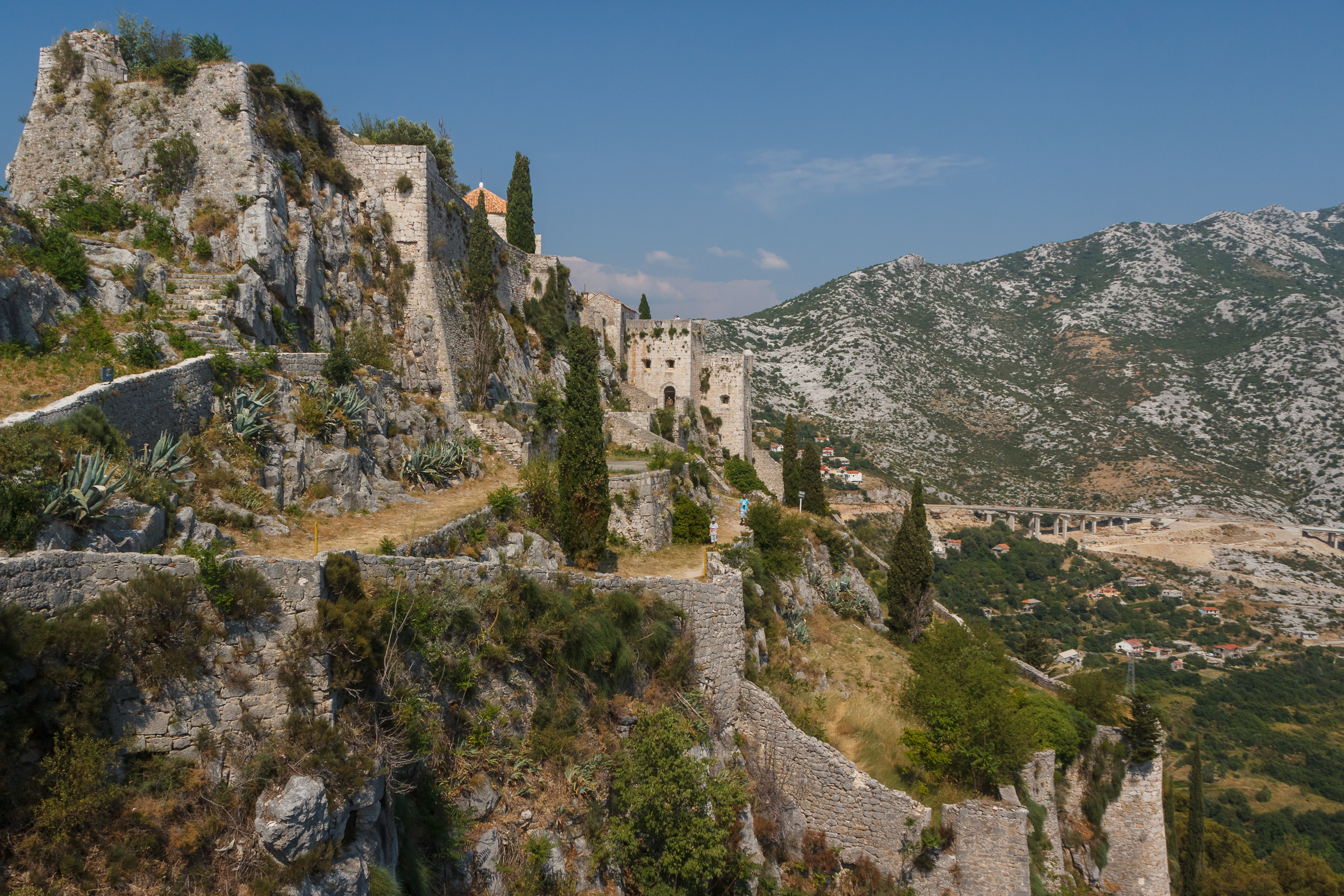 If you had a dragon at hand it would be but a moment’s swoop down to the quarry in the village of Žrnovnica where Daenerys mustered her troops. If it’s a steamy day, you might even stop for a dip in the river where Grey Worm seemed a little less Unsullied than usual, gazing at Daenerys’ handmaiden Missandei as she bathed.

Skip from Braavos to Qarth in Kaštela and Trogir

The municipality of Kaštela sprawls along the coast from Split, having its origin in a series of private castles built by wealthy families to protect themselves in the event of an Ottoman invasion. One of them, Kaštel Gomilica, doubles as the waterfront of Braavos in season five – although there’s a disappointing lack of a colossal statue straddling the waters.

Just past Kaštela, the picturesque town of Trogir occupies its own tiny walled island joined to the mainland by short bridges. Some of the Qarth scenes were shot around St Dominic’s Monastery, but you could wander any of the gleaming back lanes at night and imagine you were in ‘the greatest city that ever was or will be’.

Worship the Many-Faced God in Šibenik

Braavos may be partly set in Kaštela, but when Arya Stark pushes her oyster car around the corner she’s suddenly 58km up the coast in Šibenik. This northern Dalmatian city’s historic core is comprised of steeply stepped lanes of dazzling white limestone with, at its centre, one of the great architectural treasures of the coast. The extraordinary St James’ Cathedral didn’t need any dressing up to become the imposing headquarters of the Iron Bank. Built in the 15th and 16th centuries, it’s a masterpiece of Renaissance engineering. One of its many remarkable sculptural features is a frieze of 71 heads, each unique, running around the outside of the building – a nice touch for the city where the Many-Faced God resides.

Šibenik makes a great base for day-trips to Krka National Park, a breathtakingly beautiful expanse of waterfalls and river canyons 13km to the north, which was used for some of the scenes set in the Westeros Riverlands.

Book with Holiday Hamster and you could be touring Croatia and visiting the famous Game of Thrones locations.
Call 08000 988 955 and have a travel advisor tailor make your package at the best possible price.

The above article first appeared here, in July 2017.