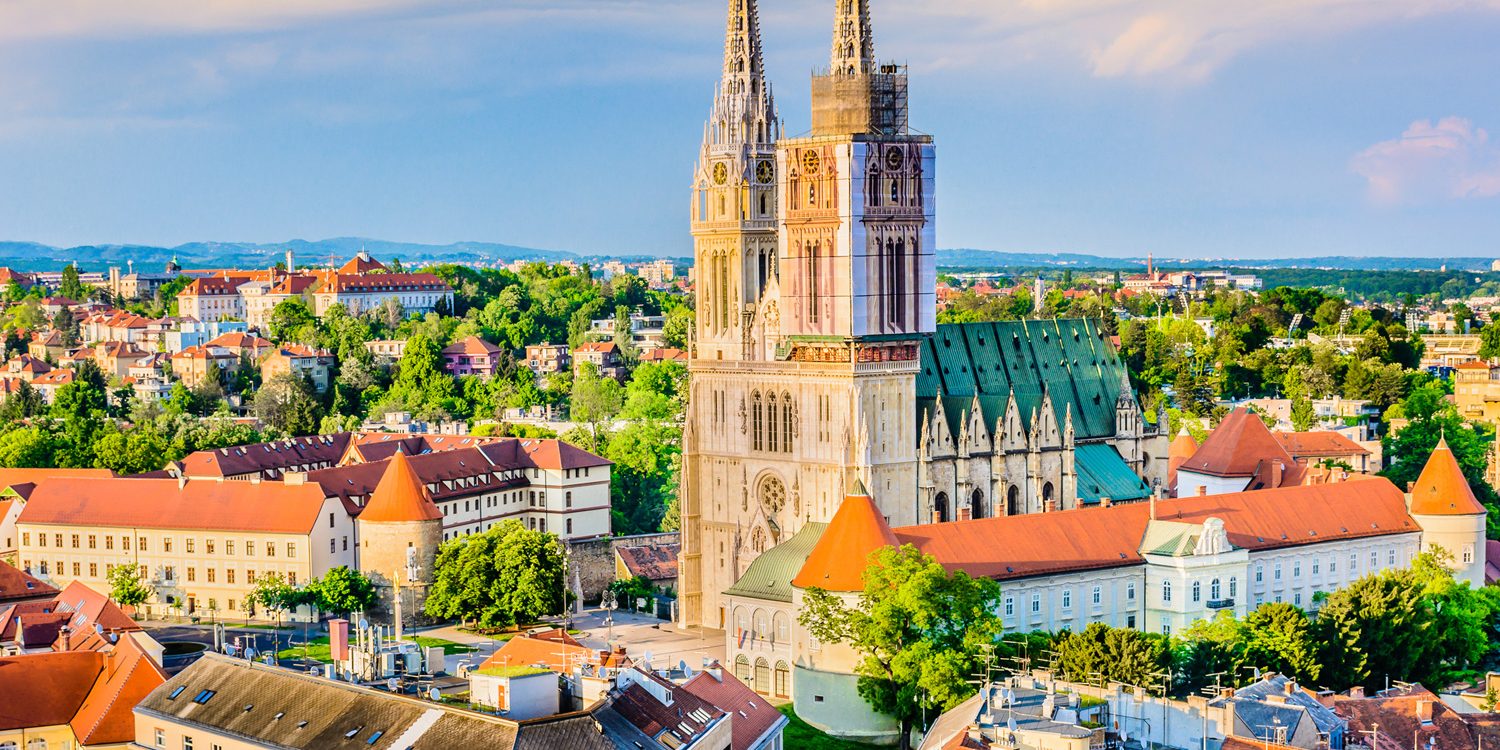 Europe is a treasure trove of incredible travel experiences, which can make deciding where to go a challenging task. Thankfully Lonely Planet’s travel experts have been on the case to bring you the best spots to add to your bucket list for 2017. 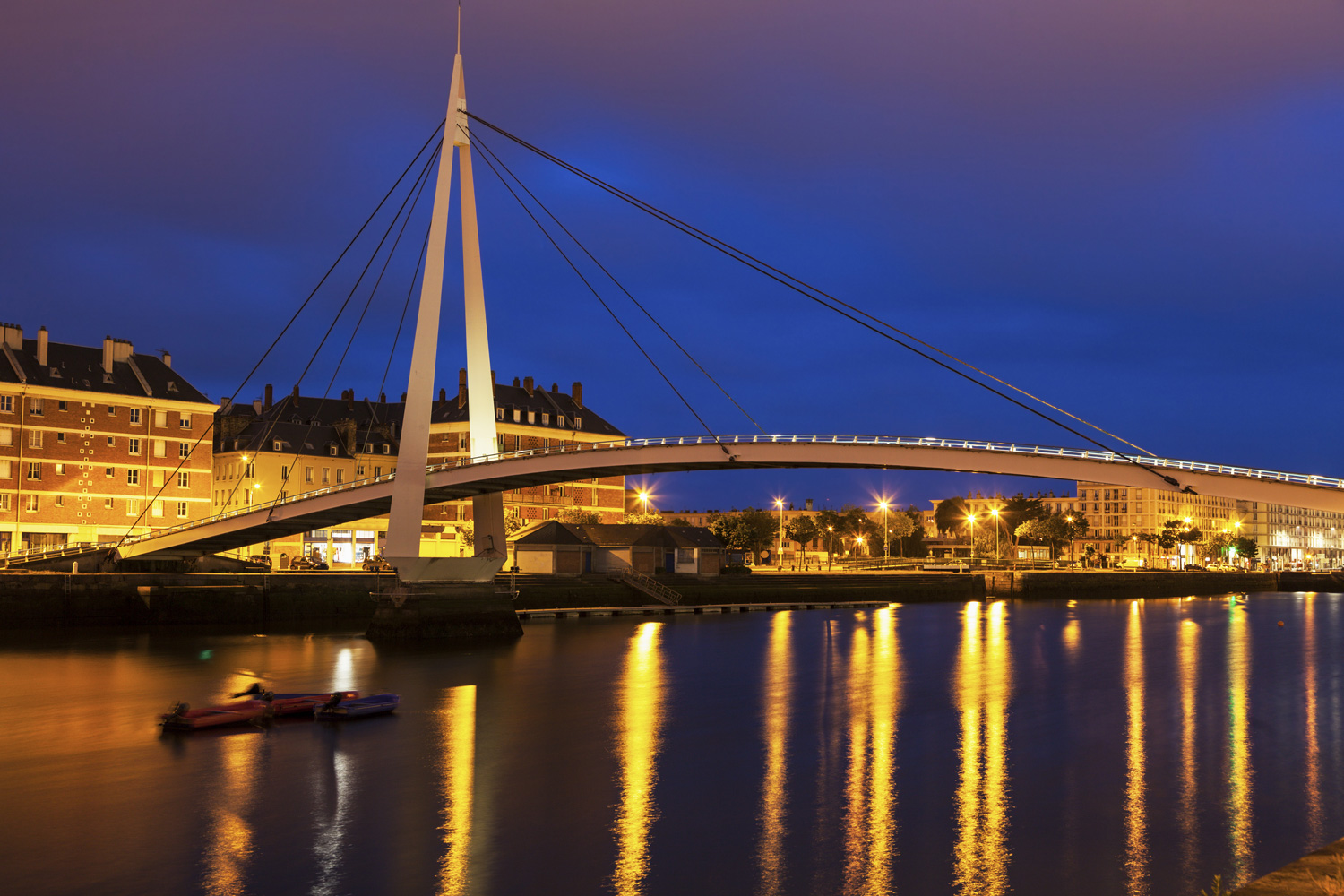 One of the best places to be this summer is the Norman city of Le Havre, which will celebrate its 500th anniversary with a five-month-long, art- and music-filled fête. The harbour town will host concerts, outdoor art installations, avant-garde street parades, costumed dance parties and spectacular fireworks. Highlights include performances by the mechanized giants of Royal de Luxe and a floating Zen temple complete with underwater observation deck.

Despite Le Havre’s years, the city is a showcase of eye-catching modern architecture – including designs by the likes of Auguste Perret, Othello Zavaroni and Oscar Niemeyer – having been completely rebuilt after WWII. Le Havre is also a great base for exploring other parts of Normandy, from the famed D-Day beaches to the picturesque cliffs of Étretat. 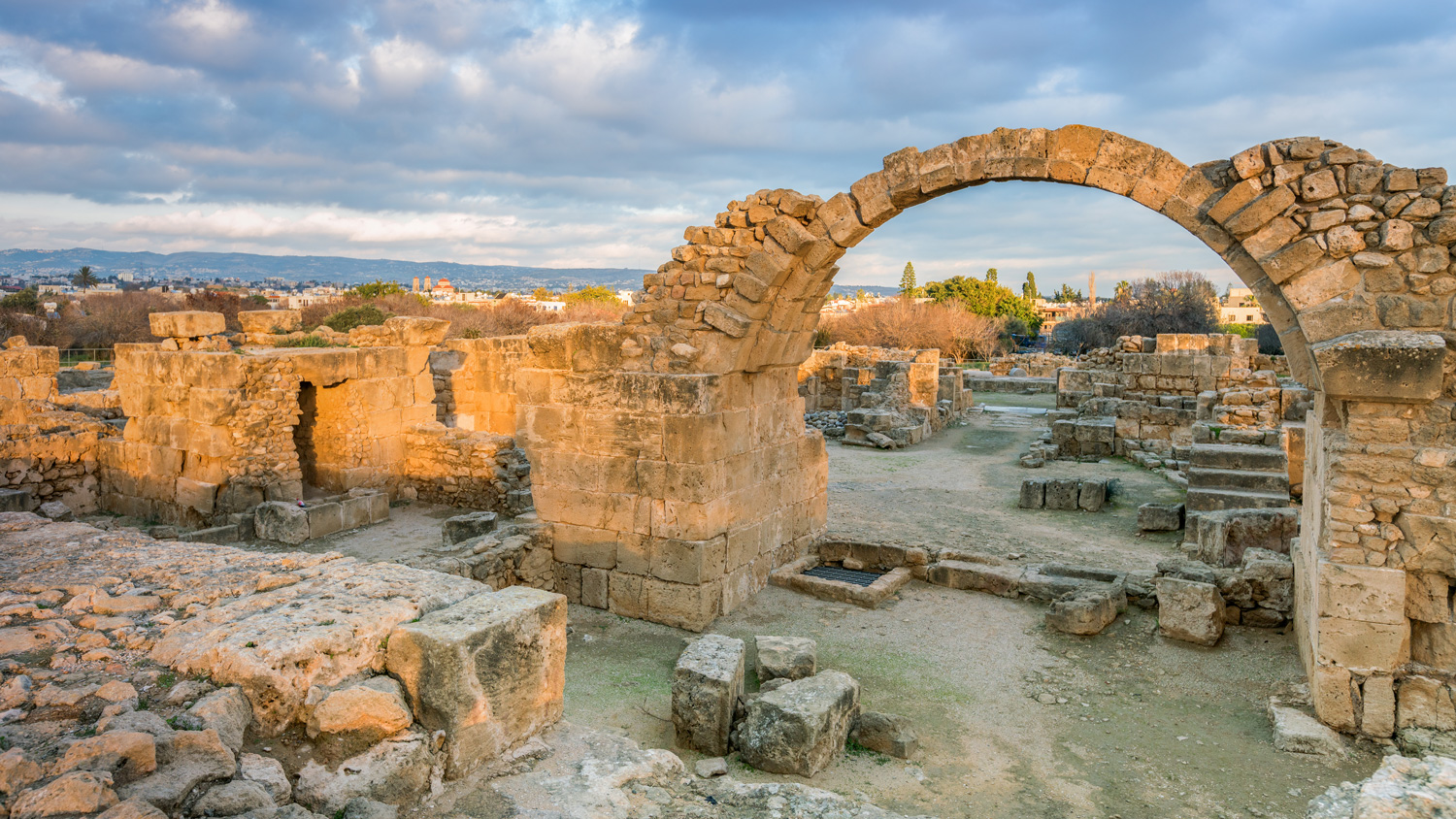 The first capital of Cyprus in Roman times, Pafos once again finds itself with that title: the European Capital of Culture for 2017. The award brings with it world attention, significant cultural investment and the opportunity to showcase Paphiot culture. And there’s much to admire. The island of Aphrodite has weathered so many occupations that history has piled monument upon monument on its sun-kissed shores: catacombs, temples, castles, medieval baths, Roman-era mosaics, and the Unesco World Heritage sites of Kato Pafos and the Tombs of the Kings all bring to life a fascinating bygone era.

Inspired by this history, Pafos will transform itself both socially and spatially into an Open Air Factory of 300 accessible events aimed at building bridges between cultures. What could be better for a travel destination in 2017? 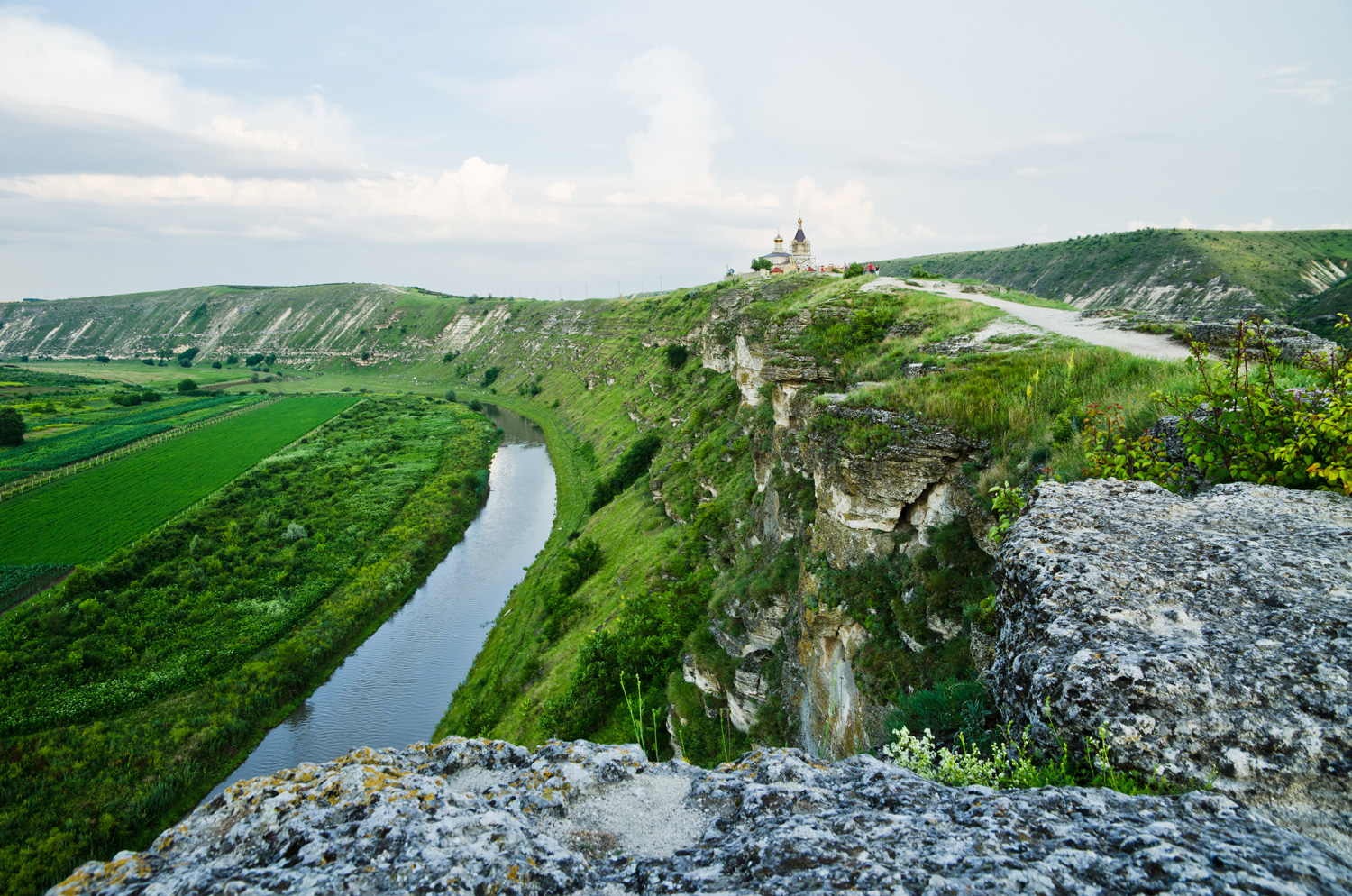 Sip the best drops in Mileștii Mici’s gothic-attired cellars, housing the world’s largest wine collection. Explore sacred Orheiul Vechi, encircled by chalk cliffs, or lonely riverside monasteries like Saharna and Tipova. East of the Dniestr River is the self-declared (though unrecognised) republic of Transdniestr, a region locked in the Soviet past. Even experienced travellers to Europe will be amazed and disoriented by Moldova. 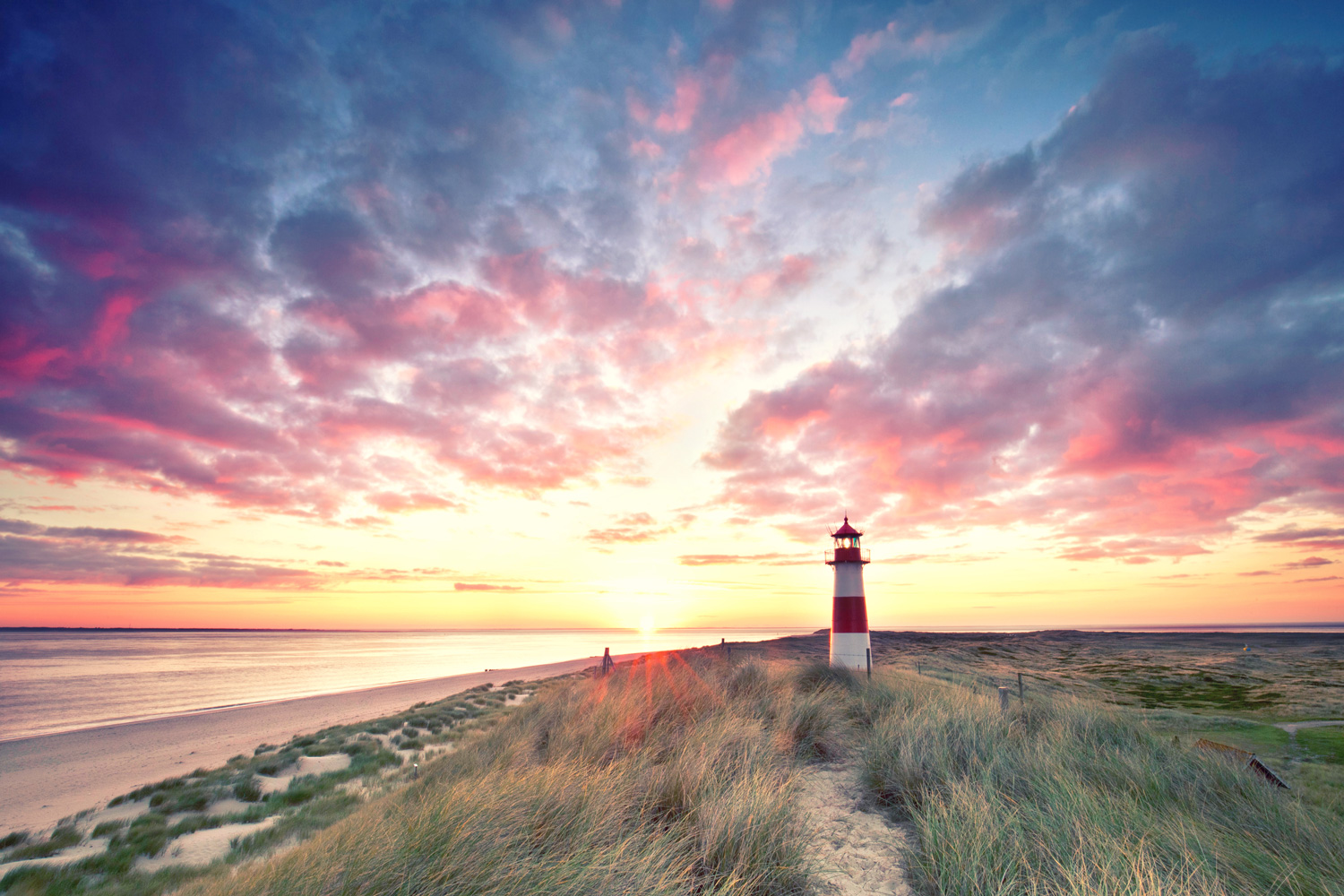 Travellers to Germany tend to be tempted by edgy Berlin or quaint Bavaria, but those keen on exploring a part of the country rarely experienced by international visitors should head north. The opening of Hamburg’s Elbphilharmonie concert hall may be the big news in 2017, but beyond its architectural and acoustic glow awaits a windswept land tailor-made for those seeking an elemental exposure to nature.

This is big-sky country with a pristine coast hemmed in by shimmering beaches and buttressed by pint-sized islands. In between lie charismatic cities like Lübeck and Bremen that flaunt a medieval pedigree and are only a train ride away from such places as Lutherstadt Wittenberg and Eisenach, both of which played key roles in the Reformation launched 500 years ago this year. 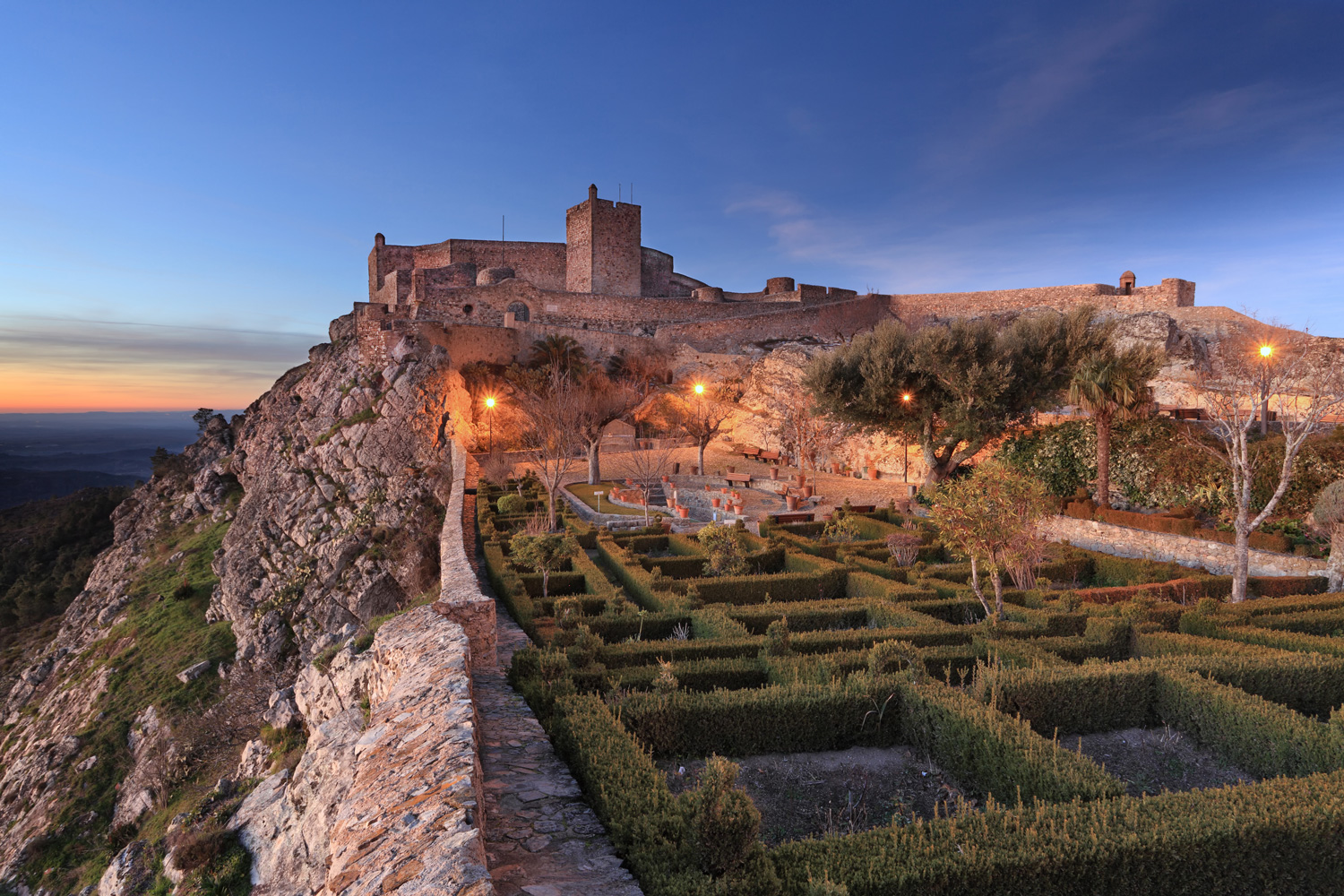 Looming clifftop castles, rugged coastlines and a treasure chest of culinary wonders: Portugal’s Alentejo has magnetic allure. This vast region is also home to Unesco World Heritage sites, prehistoric megaliths and many hidden wonders (a soaring Roman temple, an eerie chapel made of bones). Yet despite its easy access from Lisbon, the Alentejo has remained largely off the tourist radar until recently.

All that has changed with the completion of a multi-day coastal walk (the Rota Vicentina) and a spate of creative eateries and imaginative guesthouses (including Train Spot, set inside a beautifully converted railroad station). New investments in tourism haven’t taken away from the Alentejo’s timeless beauty, its rolling vineyards, medieval village centres or rich traditional cuisine, which ranks among the best in Portugal. 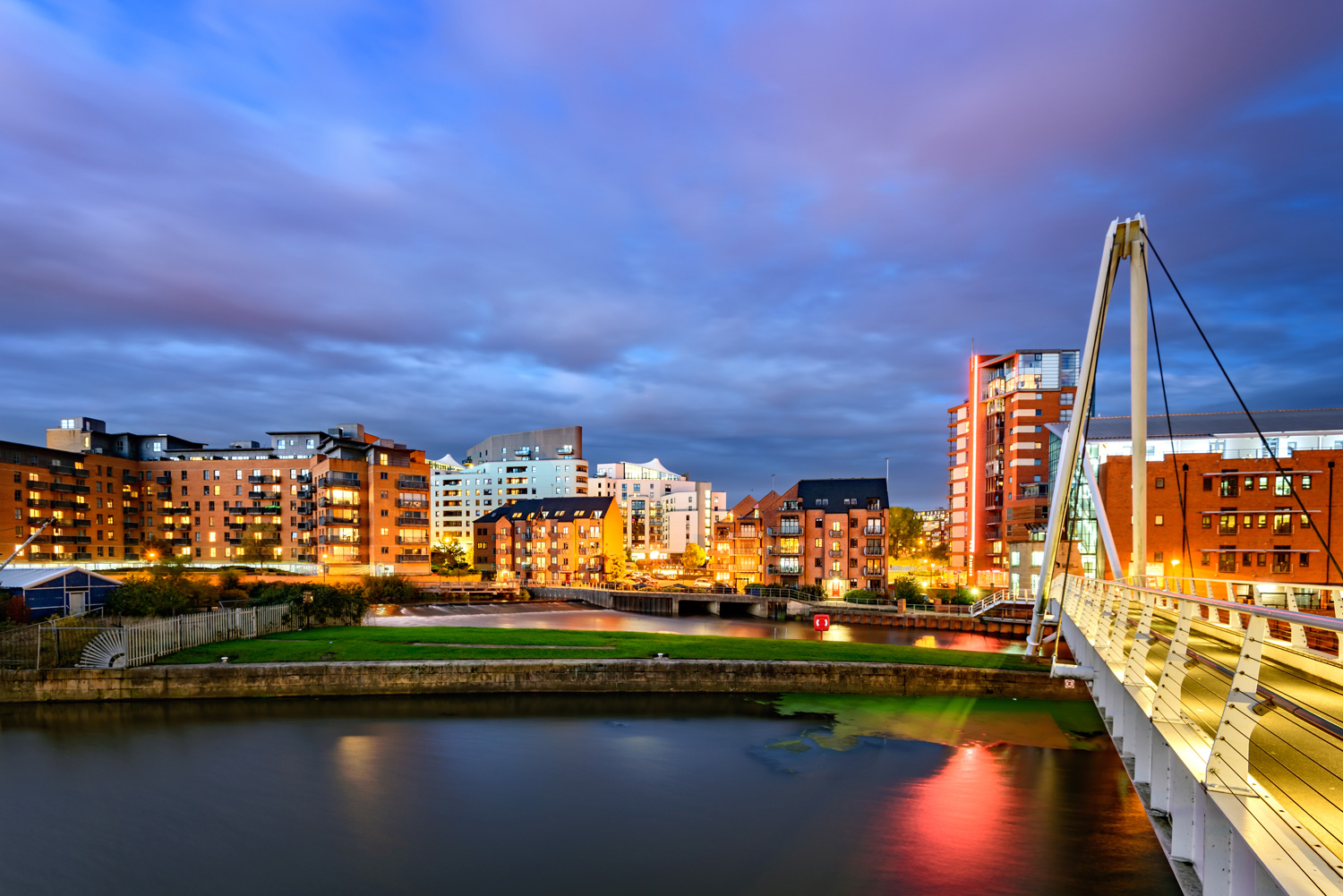 Manchester’s northern cousin has spent the past decade pulling its studenty socks up, reimagining Leeds as a pilgrimage city for craft beer lovers, a budding arts hub and an edgy destination for night owls.

Recent developments have propelled its Victorian city centre and atmospheric mill district into the 21st century, luring stylish boutiques, innovative coffee houses and restaurants, and people seeking an alternative to London. Time your visit with the stellar two-week-long indie food festival in May – testament to Leeds’ growing reputation as the food and drink capital of the north.

The Tara River and Canyon, and its countryside, in Northern Montenegro © KyryloKireiev / Shutterstock

If the cruise ships queueing by Kotor’s bay are anything to go by, the cat is definitely out of the bag for Montenegro’s stunning Adriatic coastline. Fortunately, overlooked Northern Montenegro is brimming with off-the-beaten-track adventures – without the crowds. What’s more, the country’s compact size and good roads make this remote region more ripe for exploration than you might have thought.

Adventure hunters can raft through Europe’s deepest canyon at Tara, or cycle through lunar landscapes around the Durmitor ring. Foodies are catered for in highland towns where you can savour Montenegro’s growing slow food scene with mountain cheeses and hearty beef stews; while history buffs can take a pilgrimage to stunning monasteries etched into cliff faces at Ostrog or nestled in breathtaking valleys at Morača. 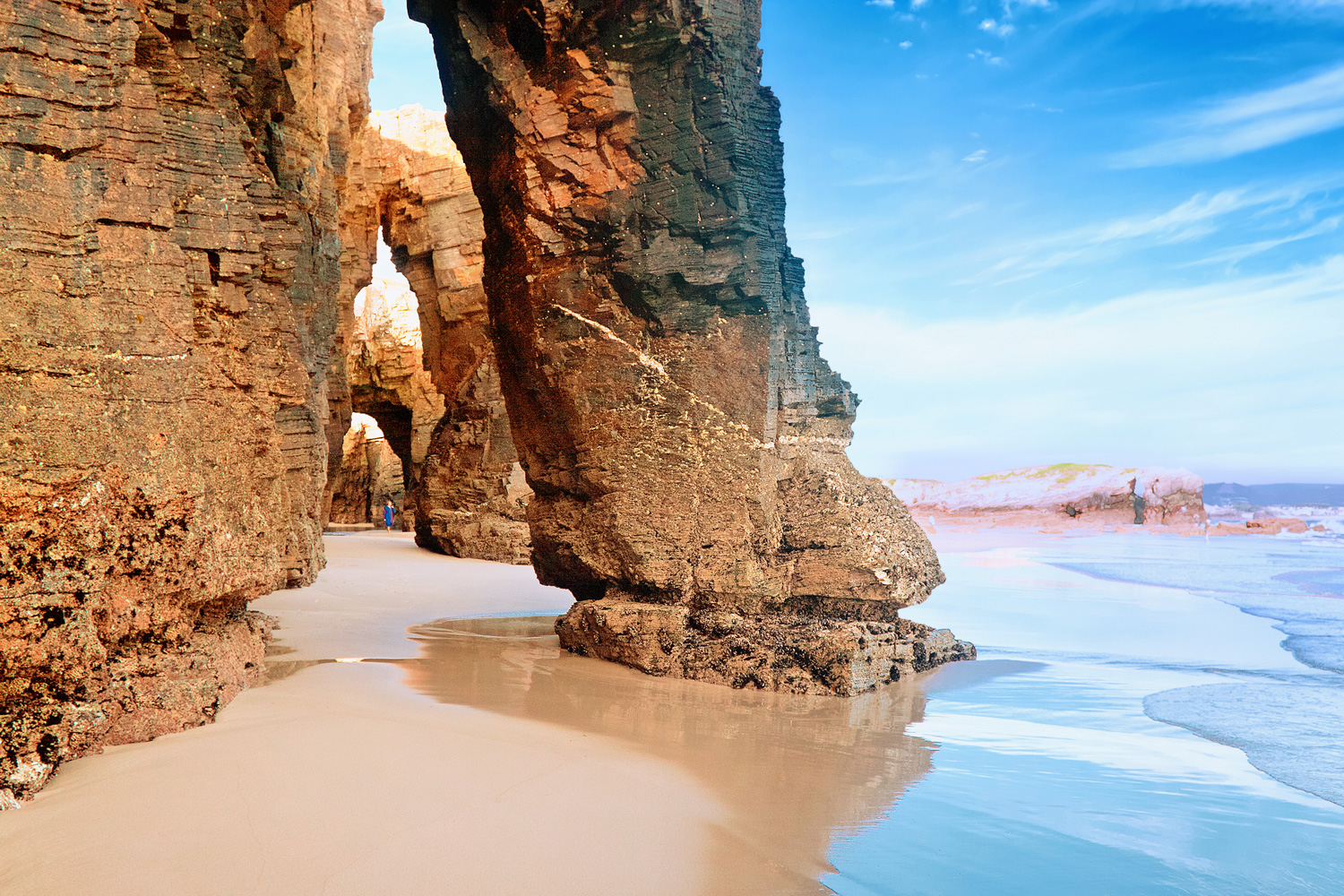 Hundreds of thousands of people stride across Galicia’s rolling green countryside every year, bound for Santiago de Compostela on the world-famous Camino de Santiago. But few are aware that this northwestern corner of Spain is a unique scenic-gastronomic-cultural cocktail that is a dream to explore beyond the Camino.

Almost a country unto itself, Galicia has its own language and history, its own (bagpipe-focused) music, a superb heritage of centuries-old stone architecture and wonderfully welcoming people. Over 1000km of coast snakes around long inlets, plunging cliffs, pretty fishing villages and hundreds of beaches. It yields some of the tastiest seafood you’ll ever savour, to which characterful Galician wines provide the perfect accompaniment. And 2017 is a special year to enjoy Galician wine and food, with Cambados celebrating the year as European City of Wine. 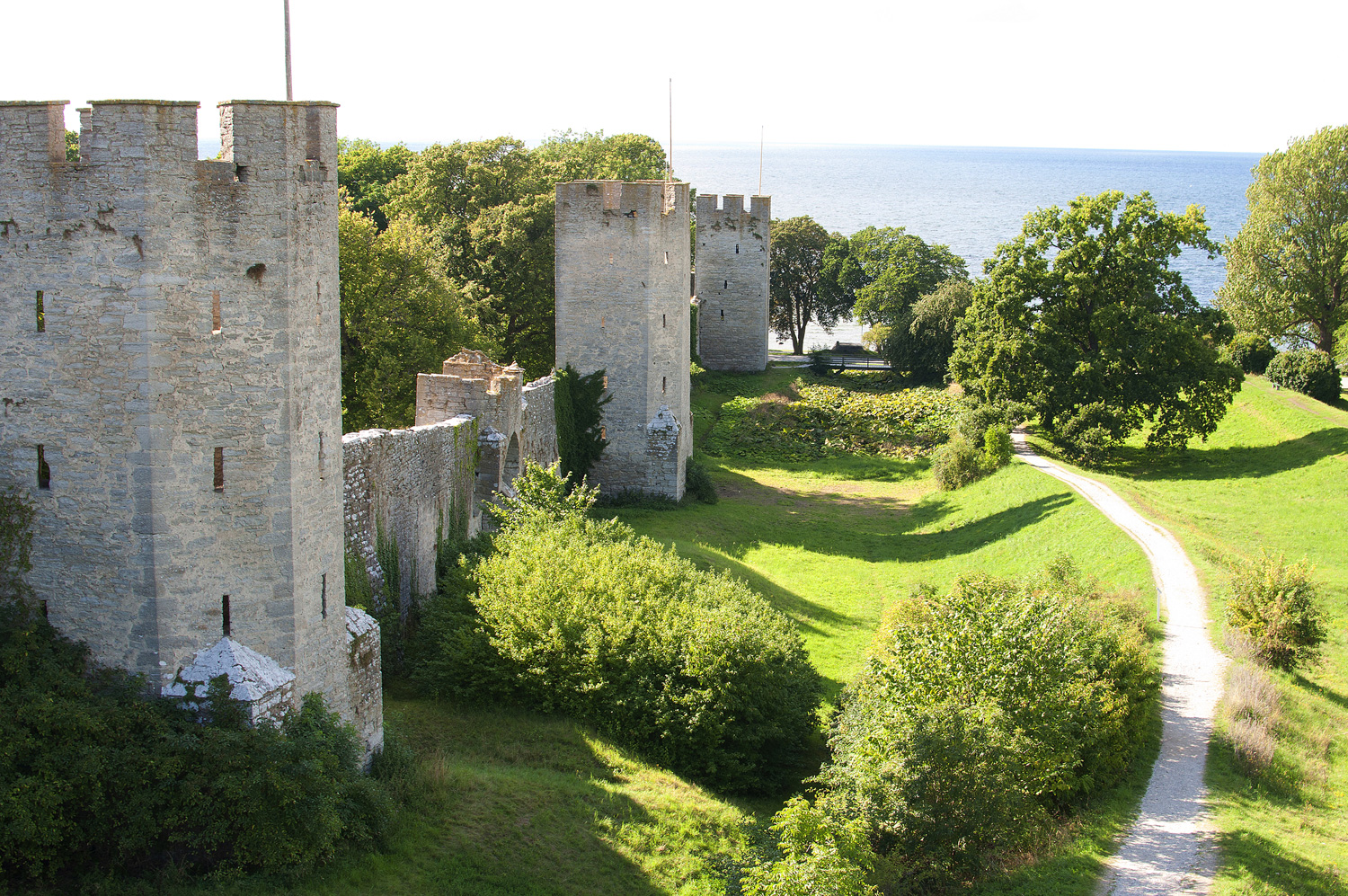 Gotland is a special yet somewhat unexpected part of Sweden, boasting the most sunshine and highest density of historical sites in the country and more restaurants per capita in Unesco-listed Visby than any other Swedish city. This ancient Baltic island also has breathtaking scenery, with pastoral countryside, mysterious forests, time-warped fishing villages and tranquil sandy beaches – except in the height of summer, when Swedes flock here from the mainland and the island takes on an exuberant air, accentuated this year by the week-long 2017 Biennial Island Games in June.

Most visitors content themselves with marginally less exertion when it comes to activities, however: the island is simply wonderful for exploring by bicycle with virtually traffic-free roads and unspoiled landscapes. 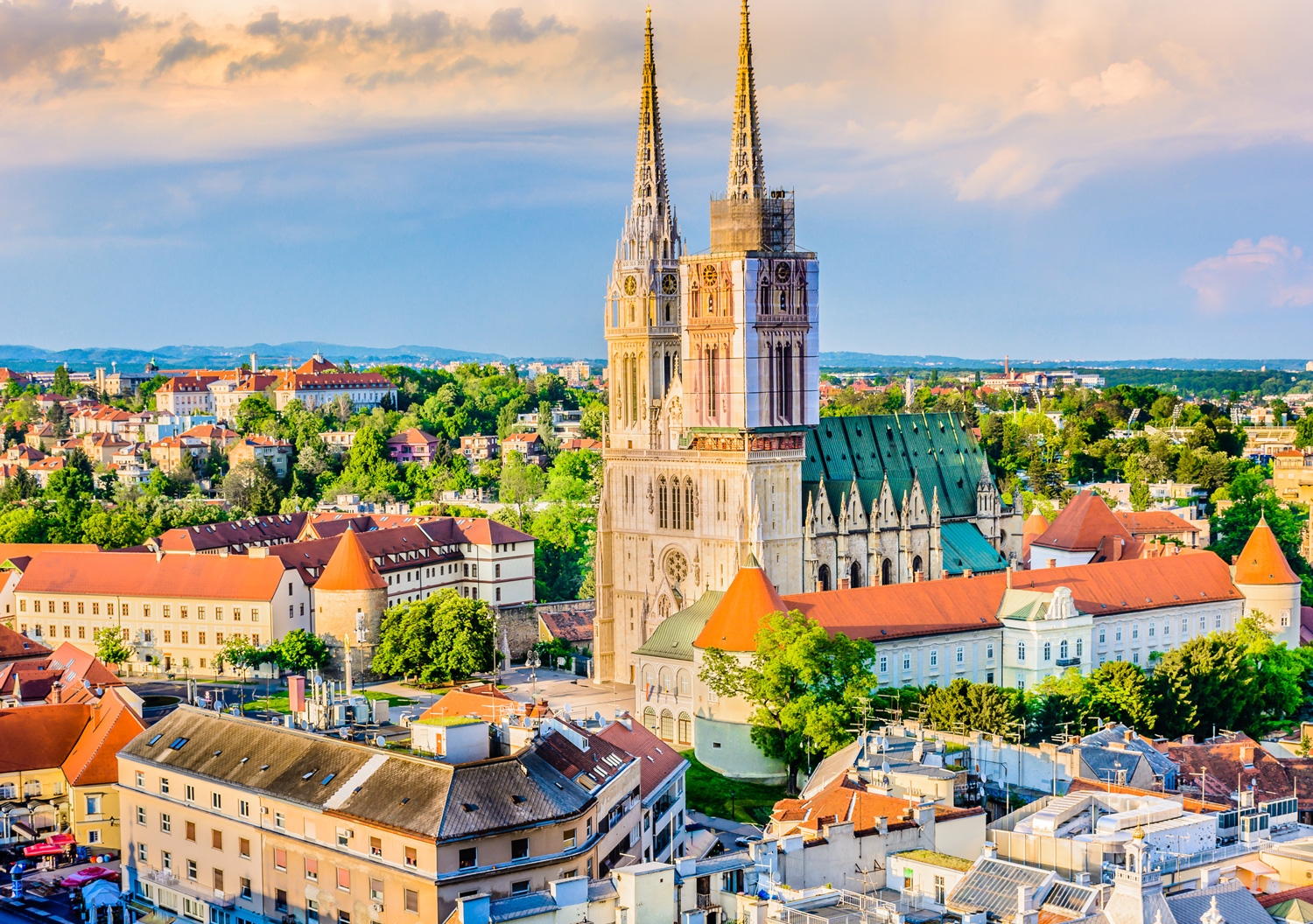 Travellers to Croatia tend to make a beeline for the Adriatic delights of the country’s extensive coastline, but its flourishing inland capital shouldn’t be overlooked. Zagreb is at once cosmopolitan and edgy, with its heady mix of Brutalist architecture and sun-splashed Austro-Hungarian squares brimming with coffee drinkers.

Urban regeneration is making the city over. Street art, particularly the striking works of local artist Lonac, adorn Zagreb’s outdoor canvasses and new galleries and creative spaces, including a recently reopened WWII bomb shelter under the Upper Town, are opening at an ambitious pace. To top it all off, the city is home to a blossoming food and craft beer scene, and with the opening of Zagreb’s long-awaited airport terminal, along with a host of new flight routes, it’s never been easier or cheaper to reach the Croatian capital.

If you would like to visit any of these European destinations, get in touch with Holiday Hamster. Call 08000 988 955 and one of our travel advisors will find the perfect holiday at the best possible price.