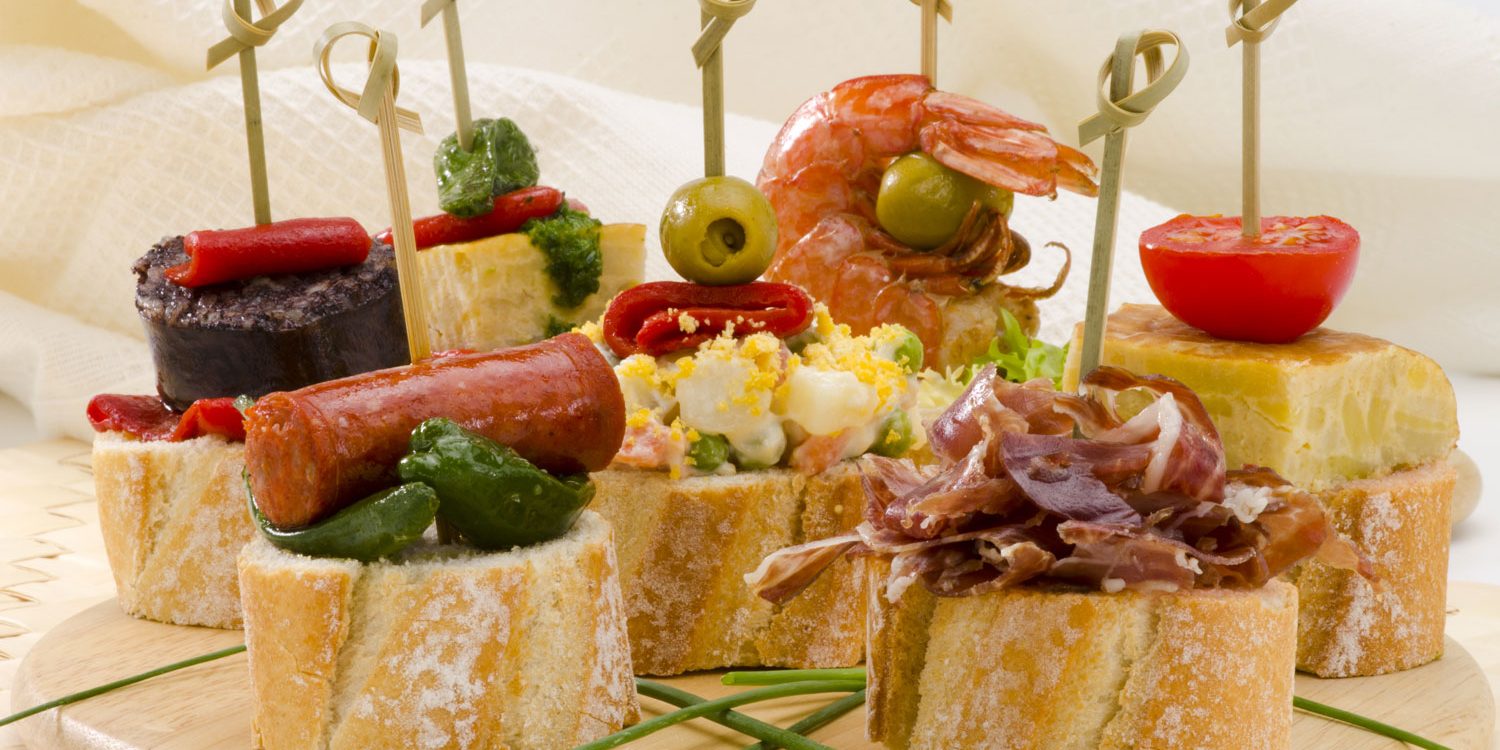 A solid snack can be the perfect pick-me-up between meals.

Keep scrolling to see what snack foods look like around the world. 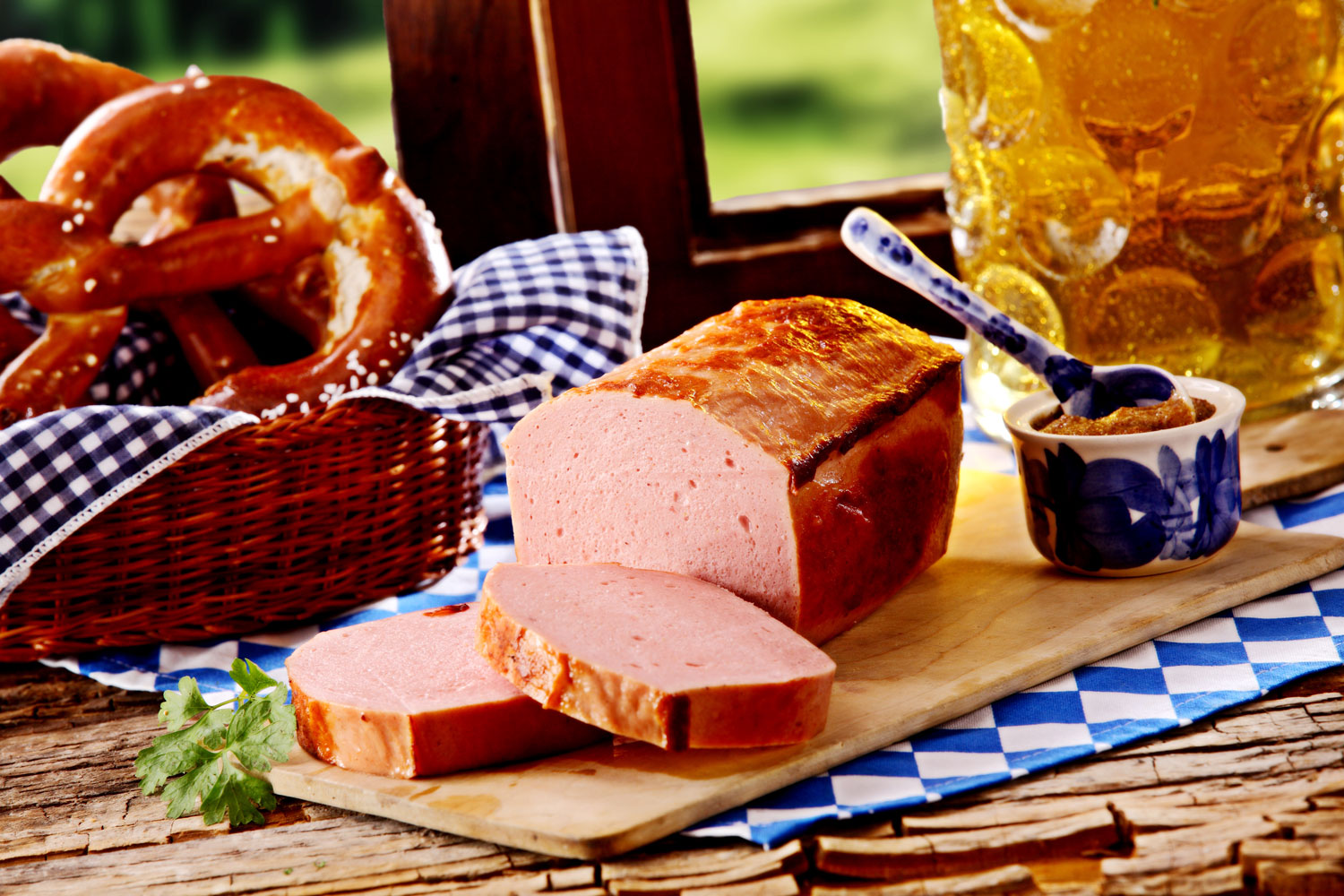 A loaf of Leberkäse © stockcreations / Shutterstock

Especially popular in the south of Germany, Leberkäse is a type of meat consisting of corned beef, pork, and bacon baked into a loaf. Locals like to turn it into a Leberkässemmel, a sandwich, by putting a slice of it between a white roll and adding sweet mustard. 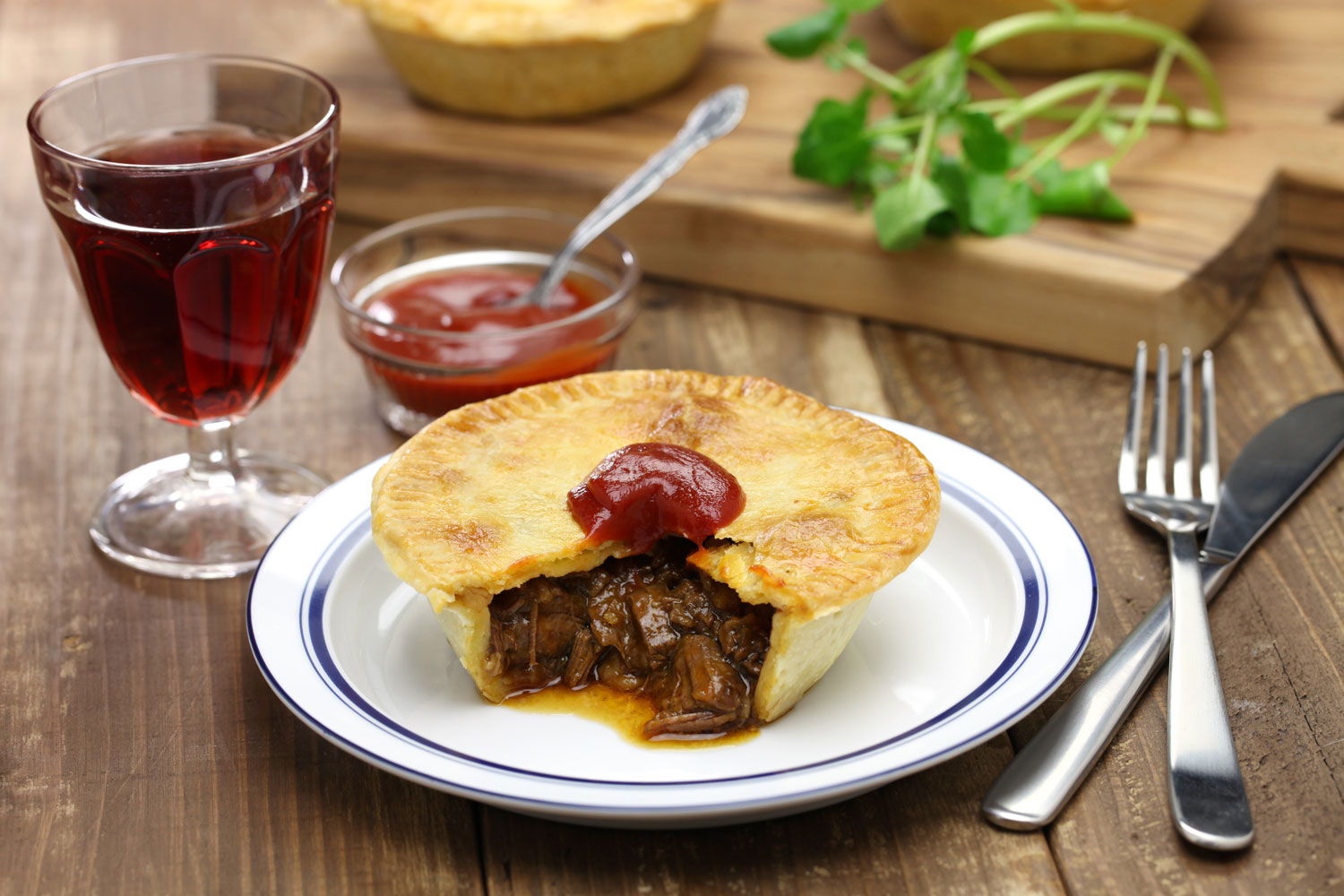 Otherwise known as a meat pie, savory pies are an iconic dish in Australia and New Zealand. As the name suggests, they’re hand-sized meat pies containing diced or minced meat and gravy. Variations include mushrooms, onion, or cheese. 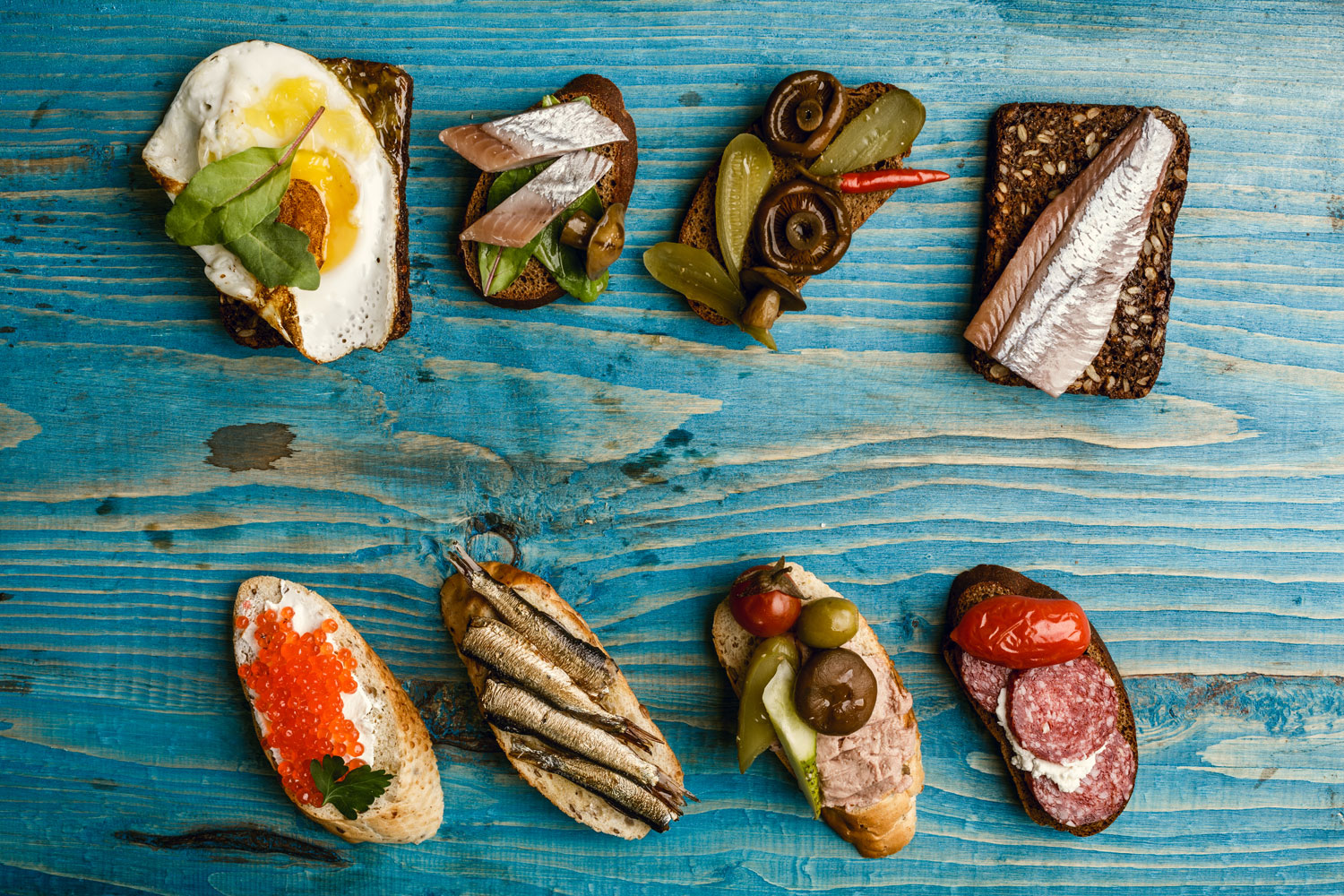 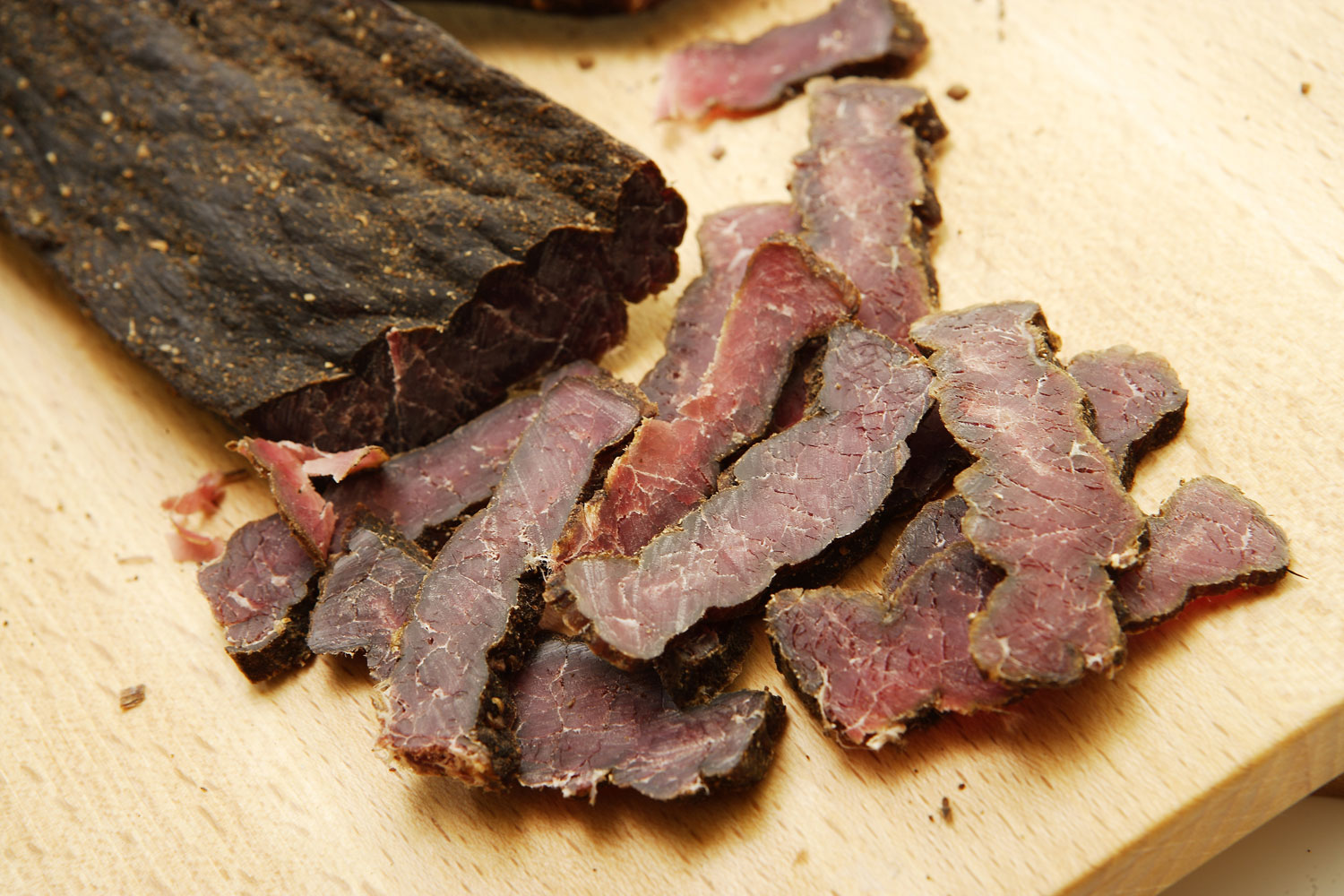 Biltong is a hand-dried, cured meat. Although it’s mostly consumed plain, similar to jerky, biltong is just as delicious diced up into a stew. 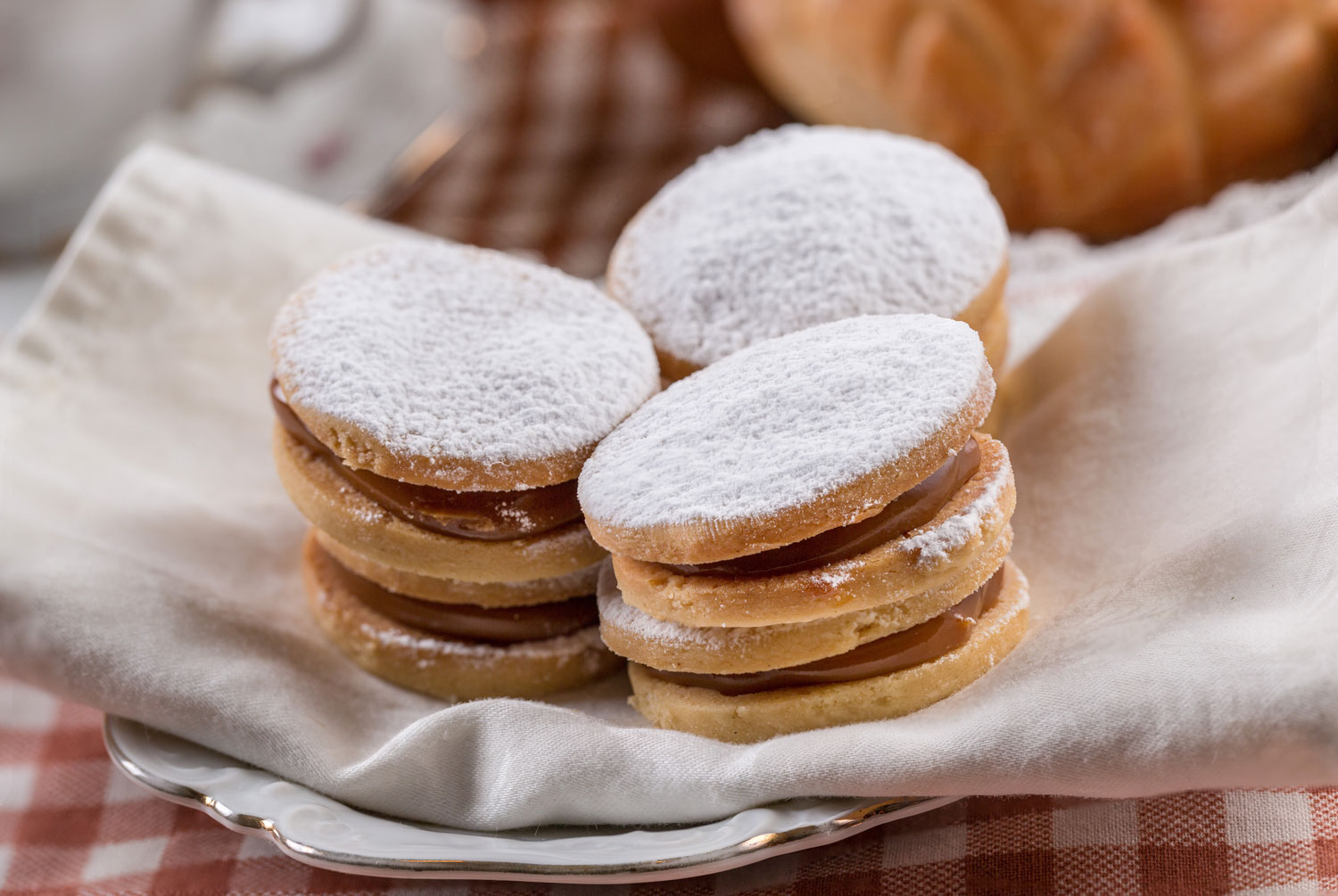 A popular snack in South America, these cookies come in many different variations. A popular Argentine version includes dulce de leche sandwiched between two buttery, crumbly cookies. Other variations include being rolled in toasted coconut or coated in chocolate. 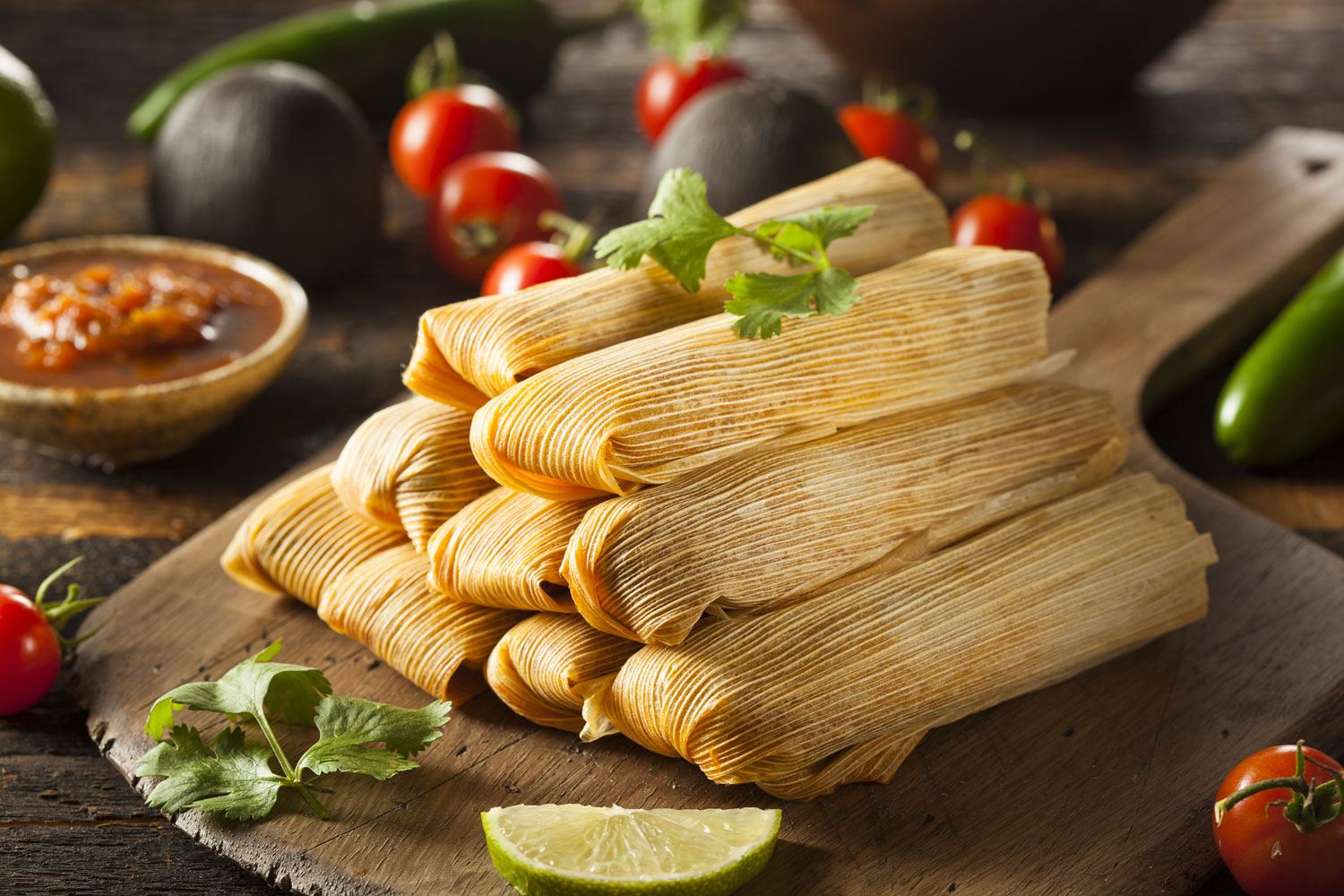 Tamales are typically made of dough that is steamed in a corn husk or a banana leaf, and filled with ingredients such as meat, cheese, fruit, vegetables, and chilies. Just make sure to remove the husk! 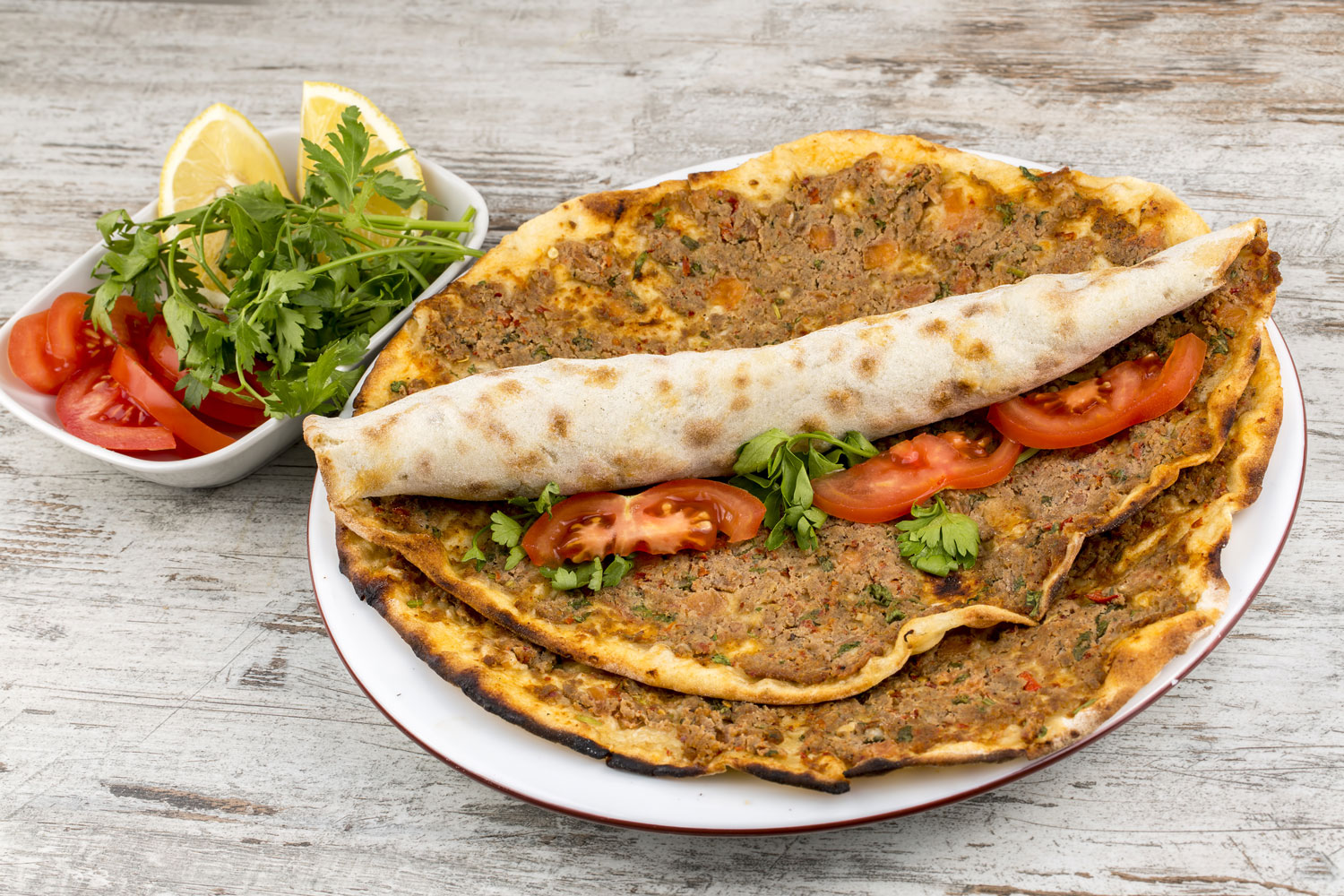 Lahmacun is a thin piece of dough topped with minced meat, minced vegetables, and herbs. The dish is often served wrapped around vegetables. 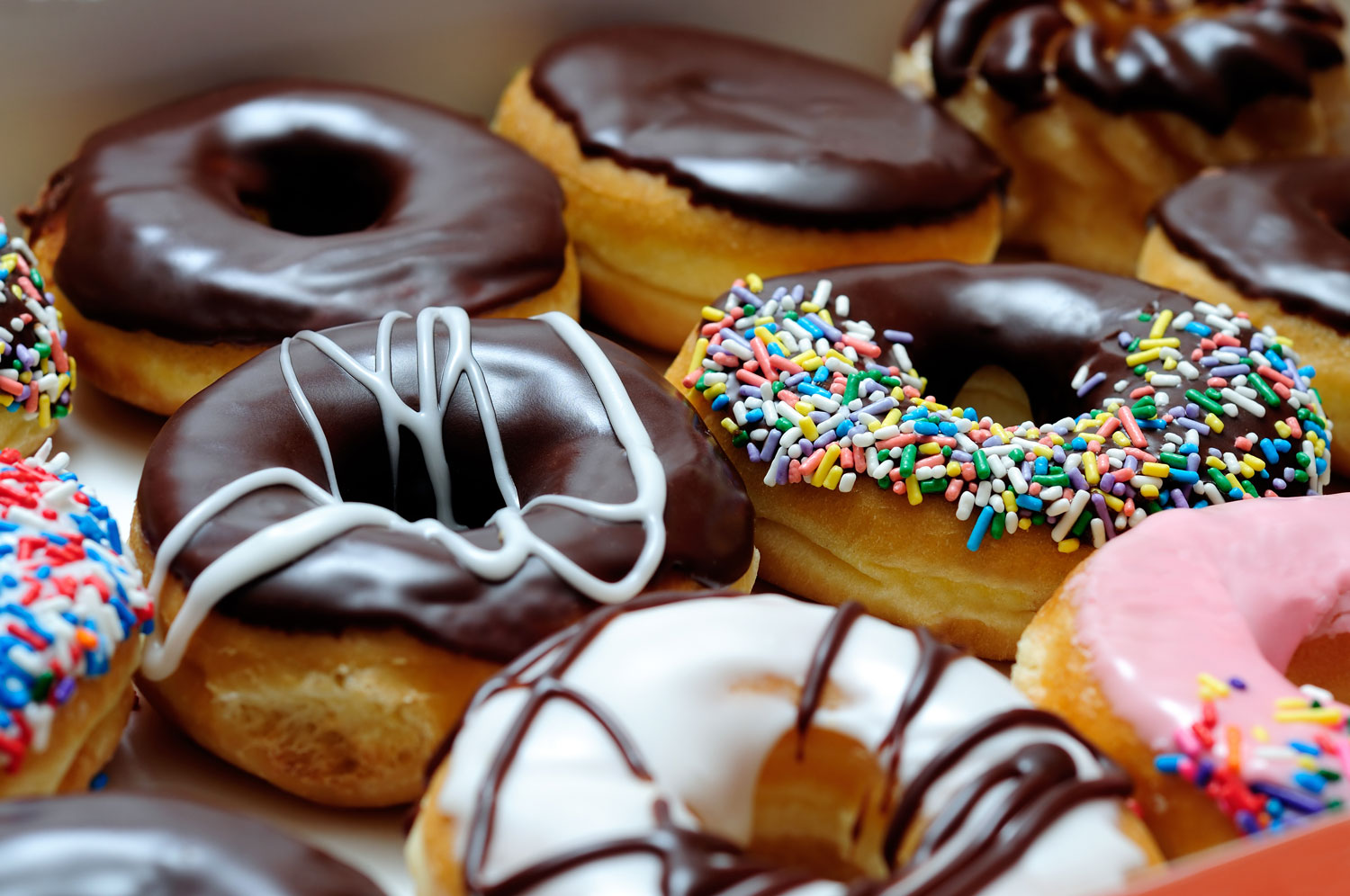 These treats involve coating fried dough with a sugary glaze, or filling it with fruit preserves, cream, or custard. Although popular around the world, doughnuts are an especially beloved snack in the US. 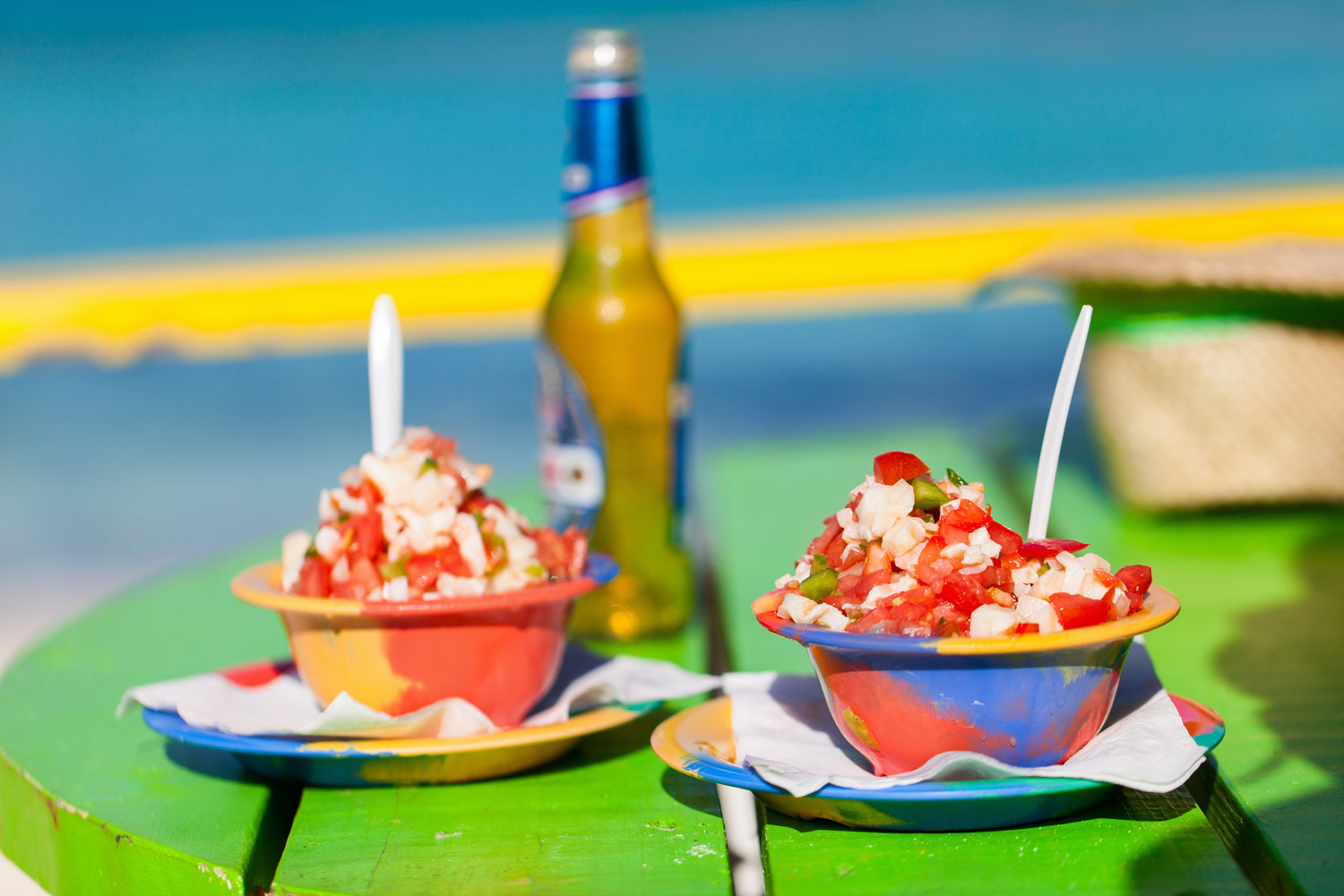 Similar to ceviche, conch salad is arguably the quintessential Bahamian food. Some locals believe it has aphrodisiacal powers. 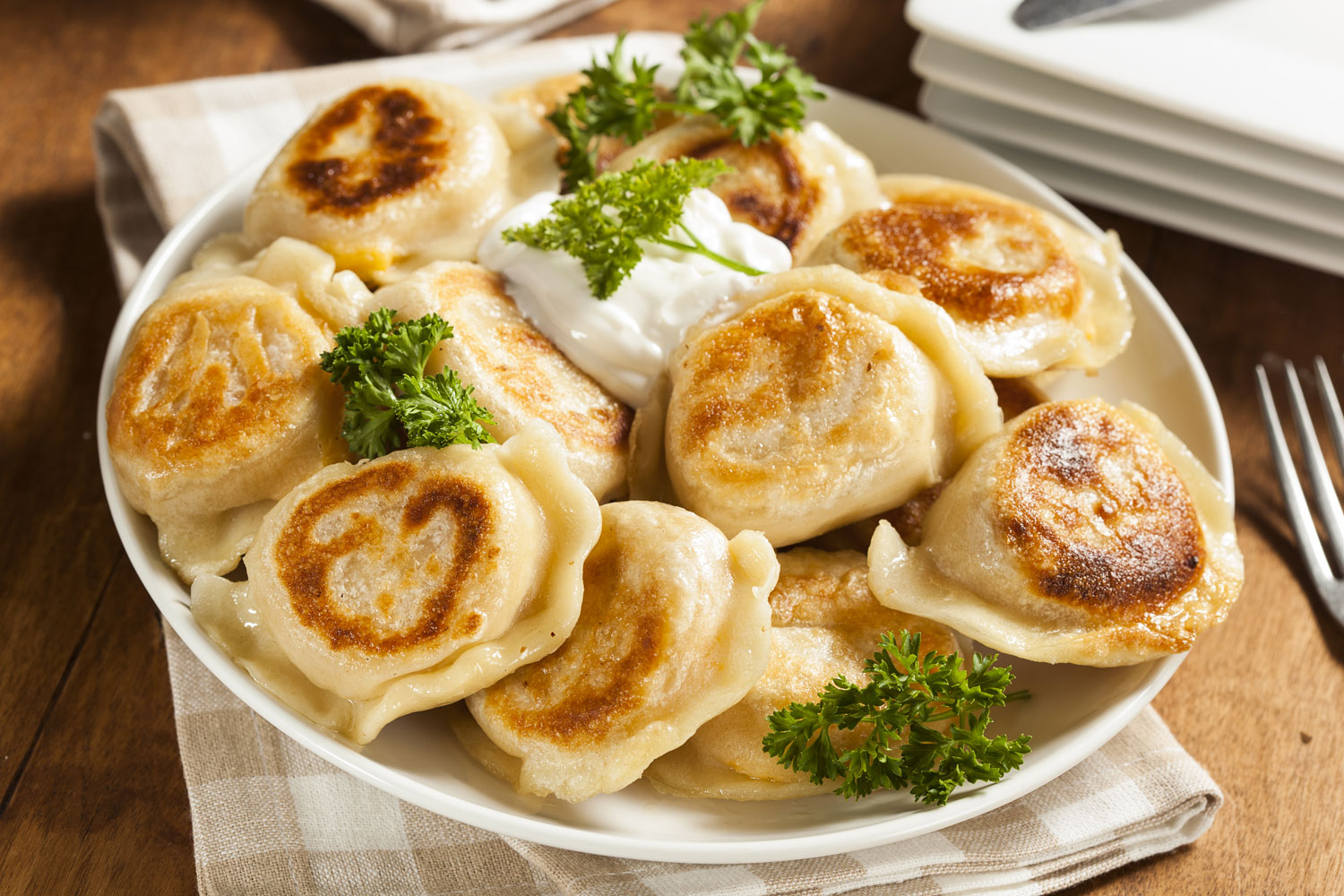 These delicious, dumpling-like snacks can be sweet or savory: fillings can include meat and potatoes, cheese, or fruit. A particularly popular treat during the summer months is fresh blueberry pierogis with sweet cream. 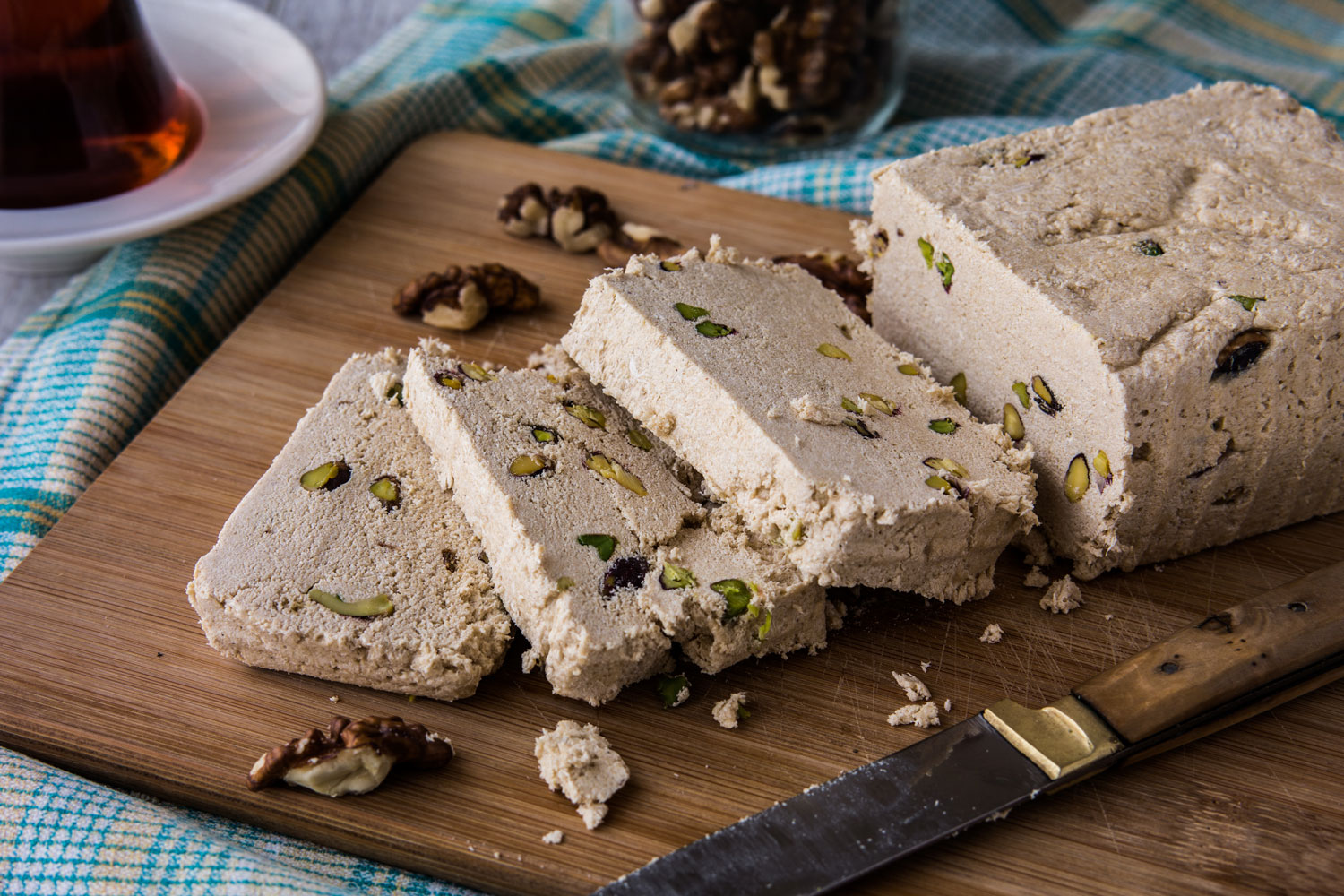 Slices of Halva with Peanut, Wallnut and Tea on a Wooden Surface © Willyam Bradberry / Shutterstock

Also known as Halva, this snack is a sweet and dense dessert that is usually made from tahini (sesame paste), although it can also be made with flour. It usually contains pistachios. 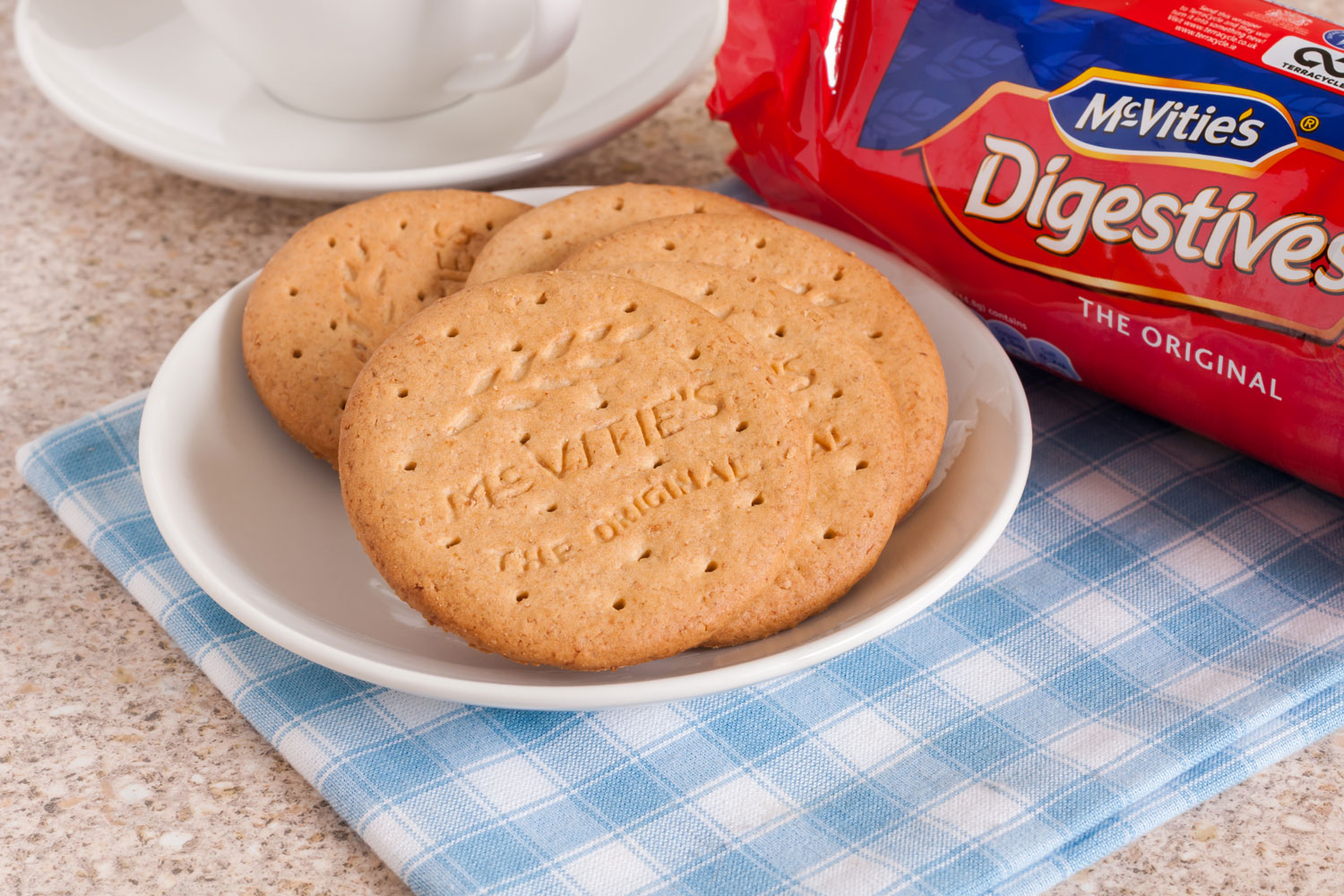 Digestive Biscuits Served on a Plate Atop a Napkin © D. Pimborough / Shutterstock

These sweet and wheaty tasting biscuits are a favorite in the UK, and pair well with a cup of tea. 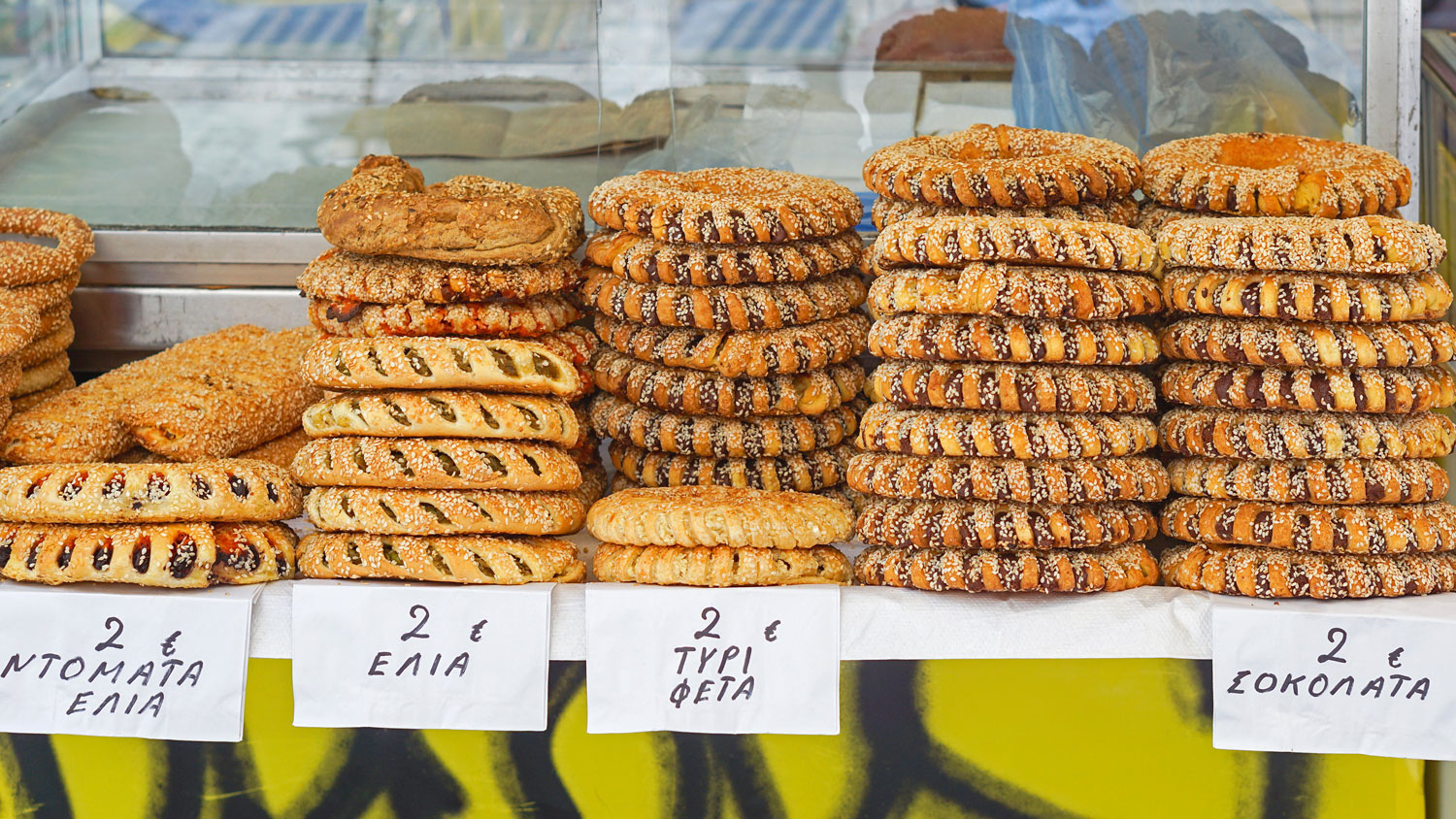 Koulouri is sesame-coated bread that’s usually baked in the shape of a ring. It is crunchy on the outside and doughy on the inside, and often contains olives or feta. 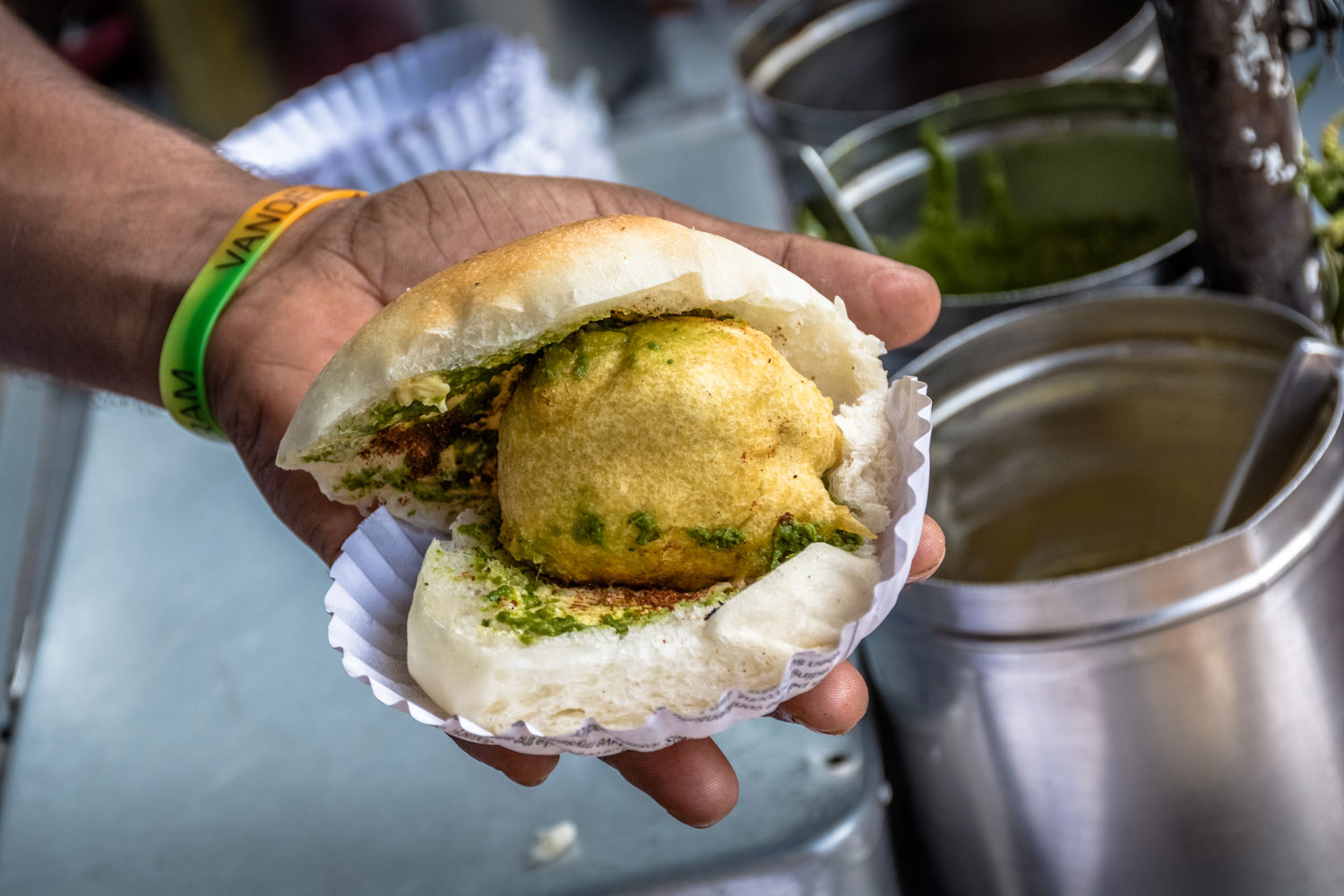 A staple of Mumbai’s culinary culture, Vada Pav is a deep-fried lentil, potato, and onion patty served in a bread roll with chutney. 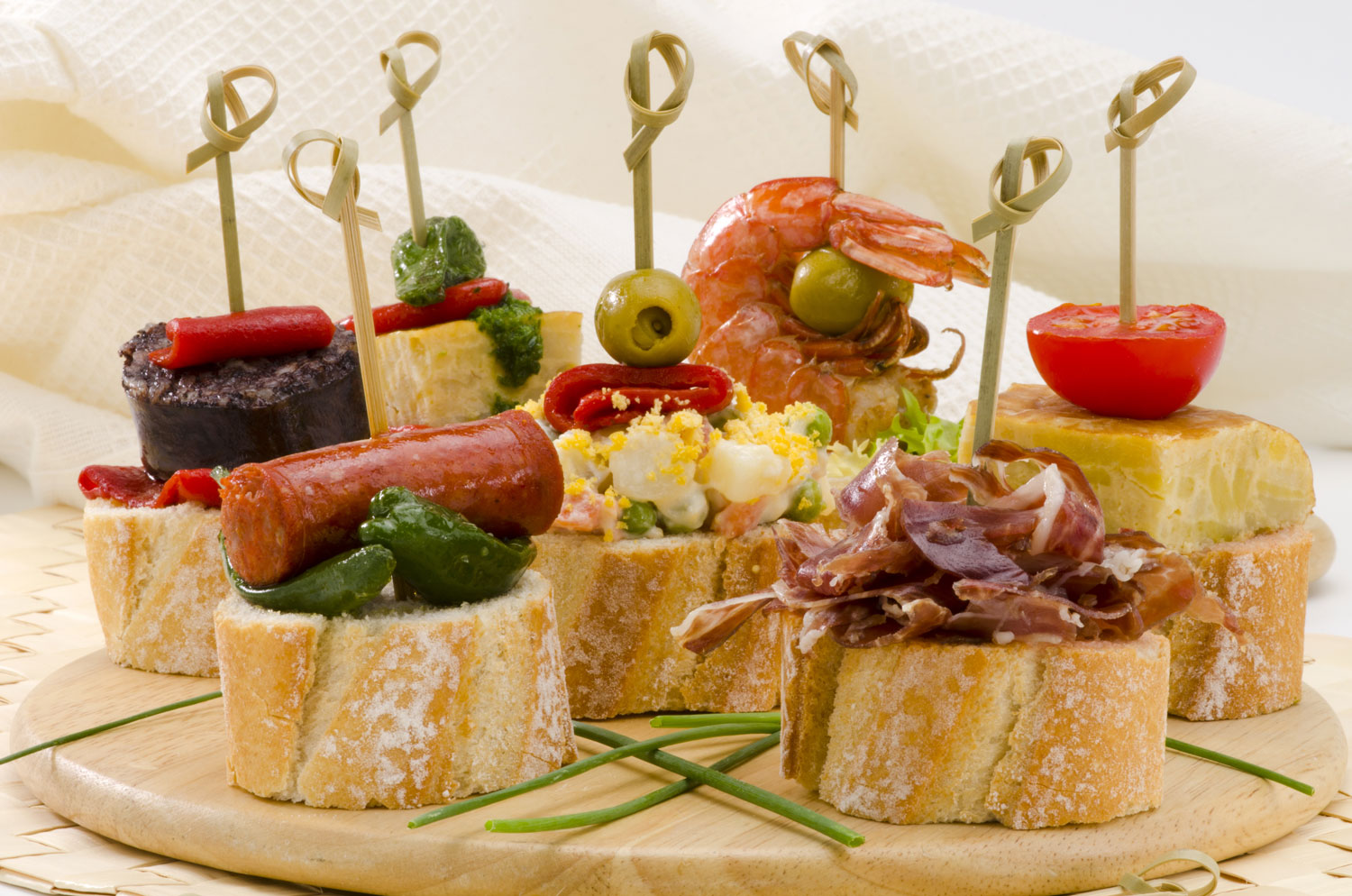 These open-faced sandwiches are similar to tapas, the main difference being that they are served skewered onto bread. Almost any ingredient is fair game, from ham to shrimp. 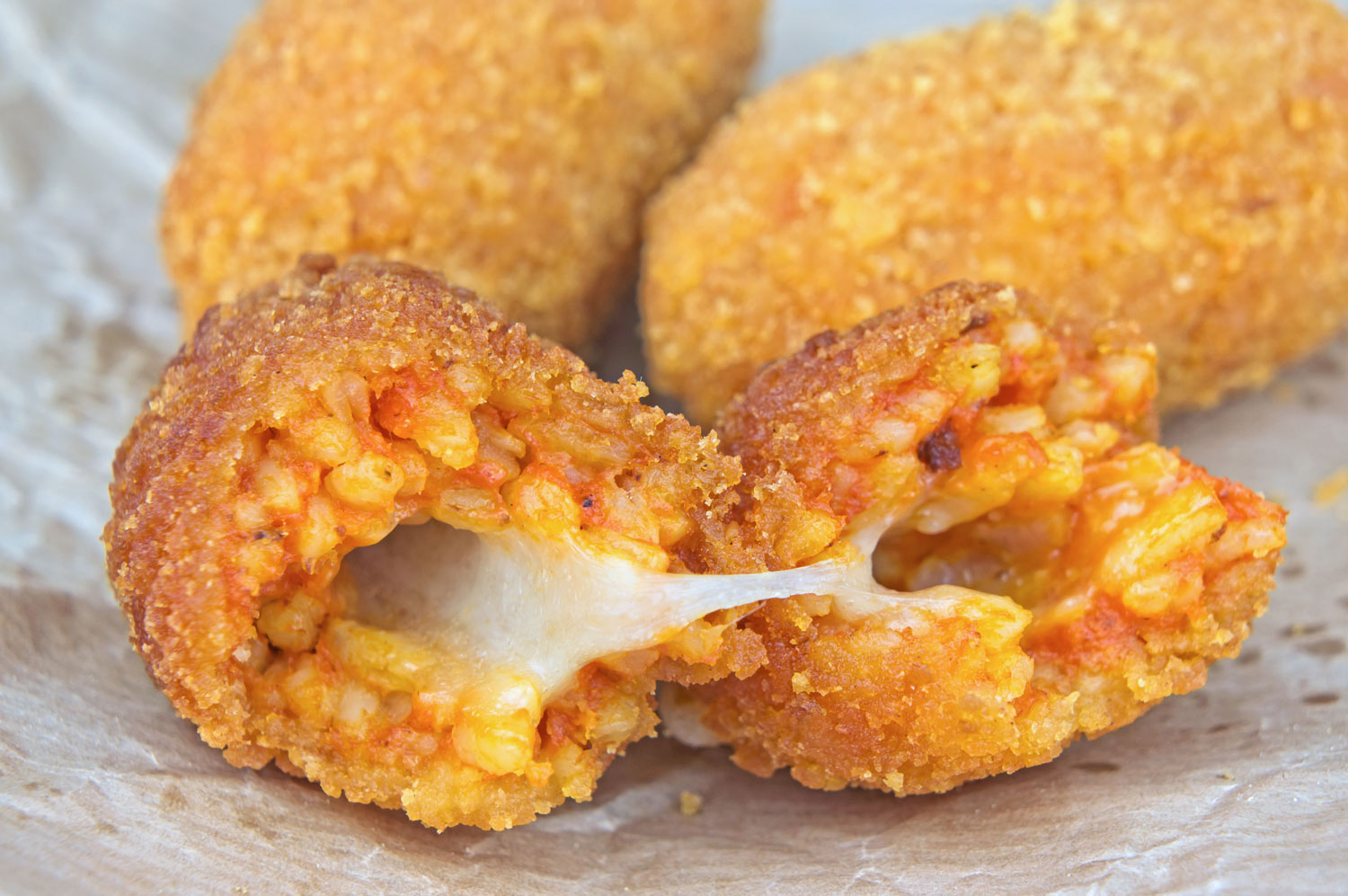 Especially popular in Rome, Supplì are balls of rice filled with tomato sauce and mozzarella. They are then dipped in egg, coated with bread crumbs, and fried. 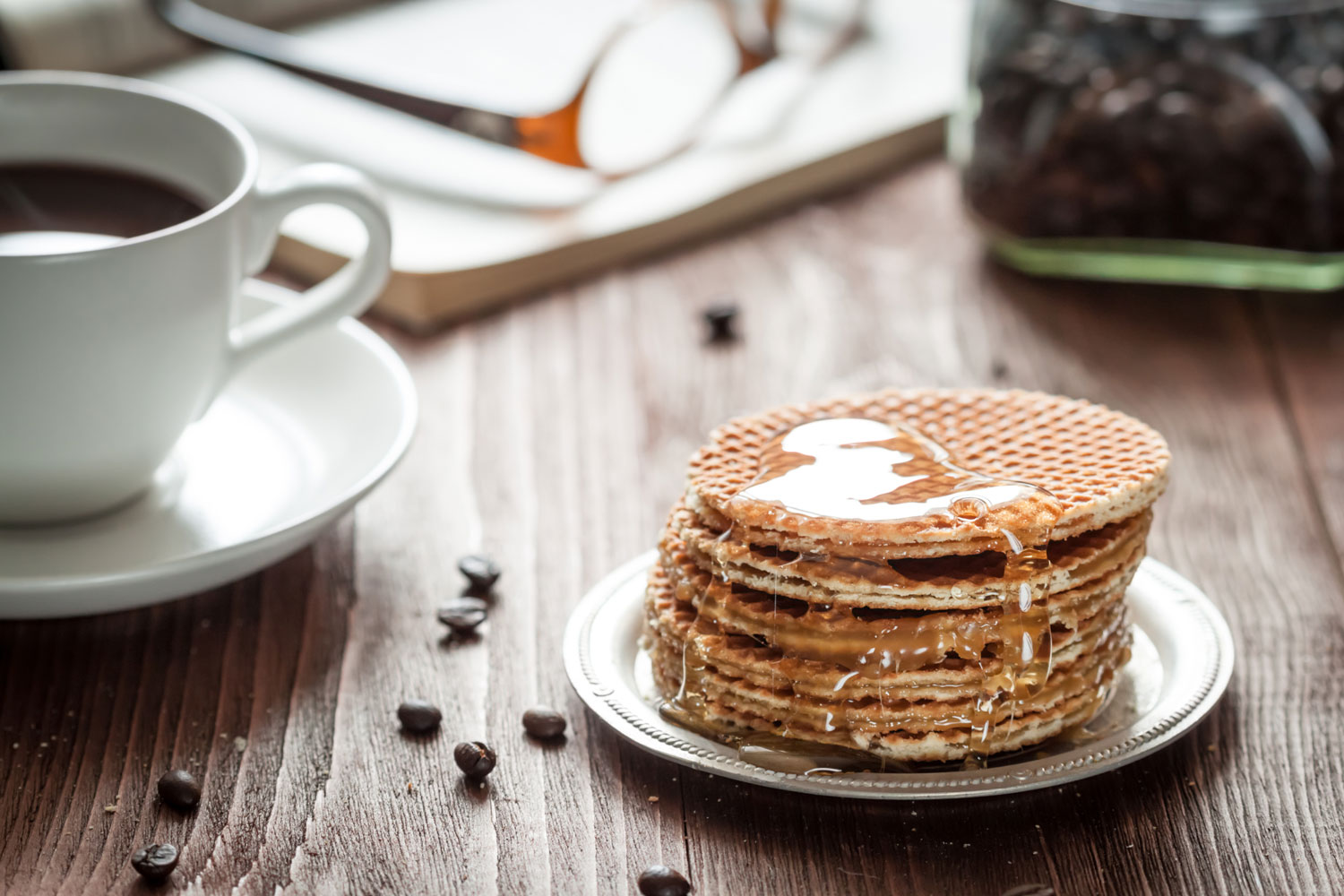 Originally invented by a baker using leftover ingredients, Stroopwafels are made by putting two thin layers of baked dough together with a caramel-like syrup filling in the middle. 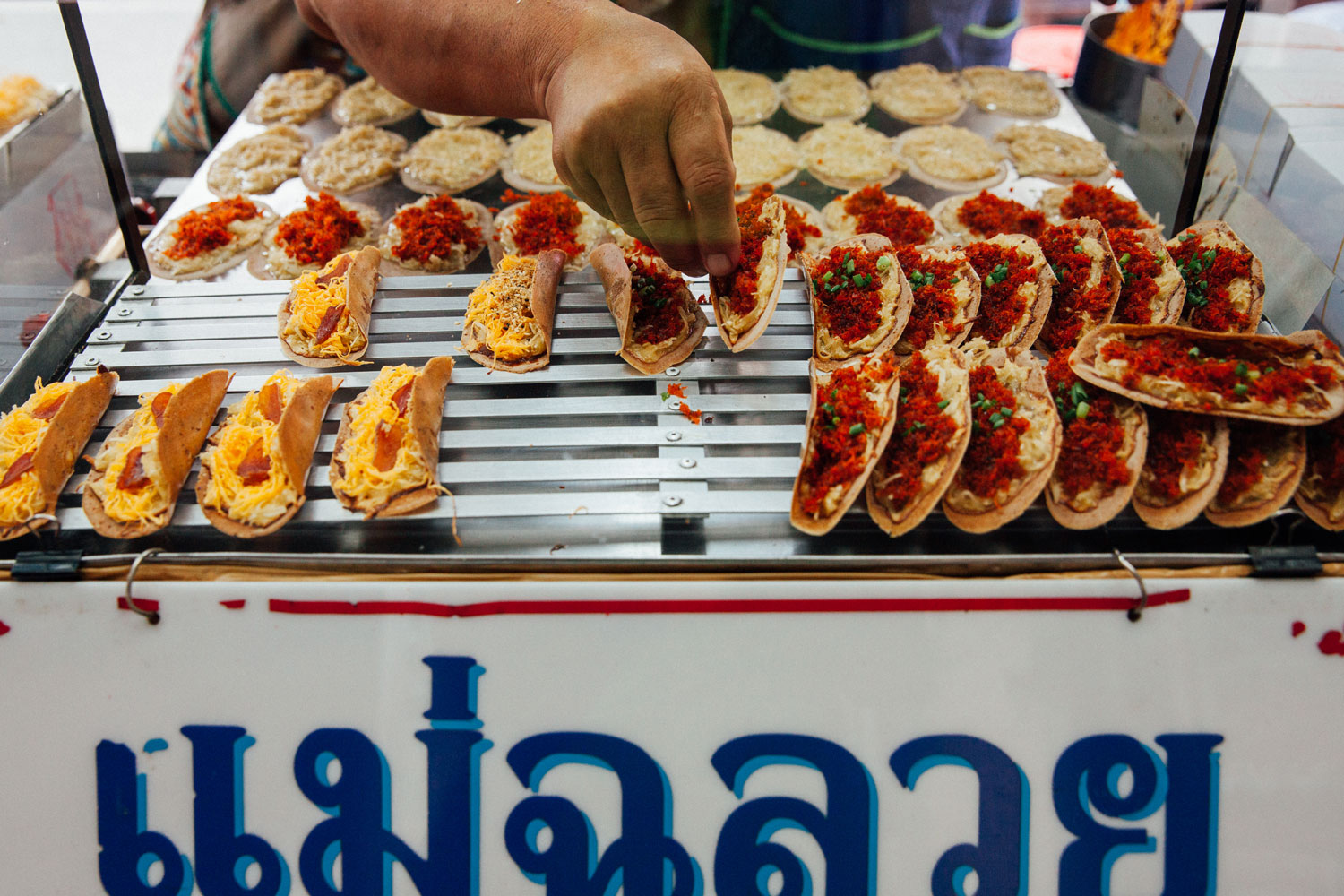 This sweet snack can be found all over Thailand. Also known as a Thai crepe, it’s super thin dough filled with all sorts of sweet or savory ingredients. 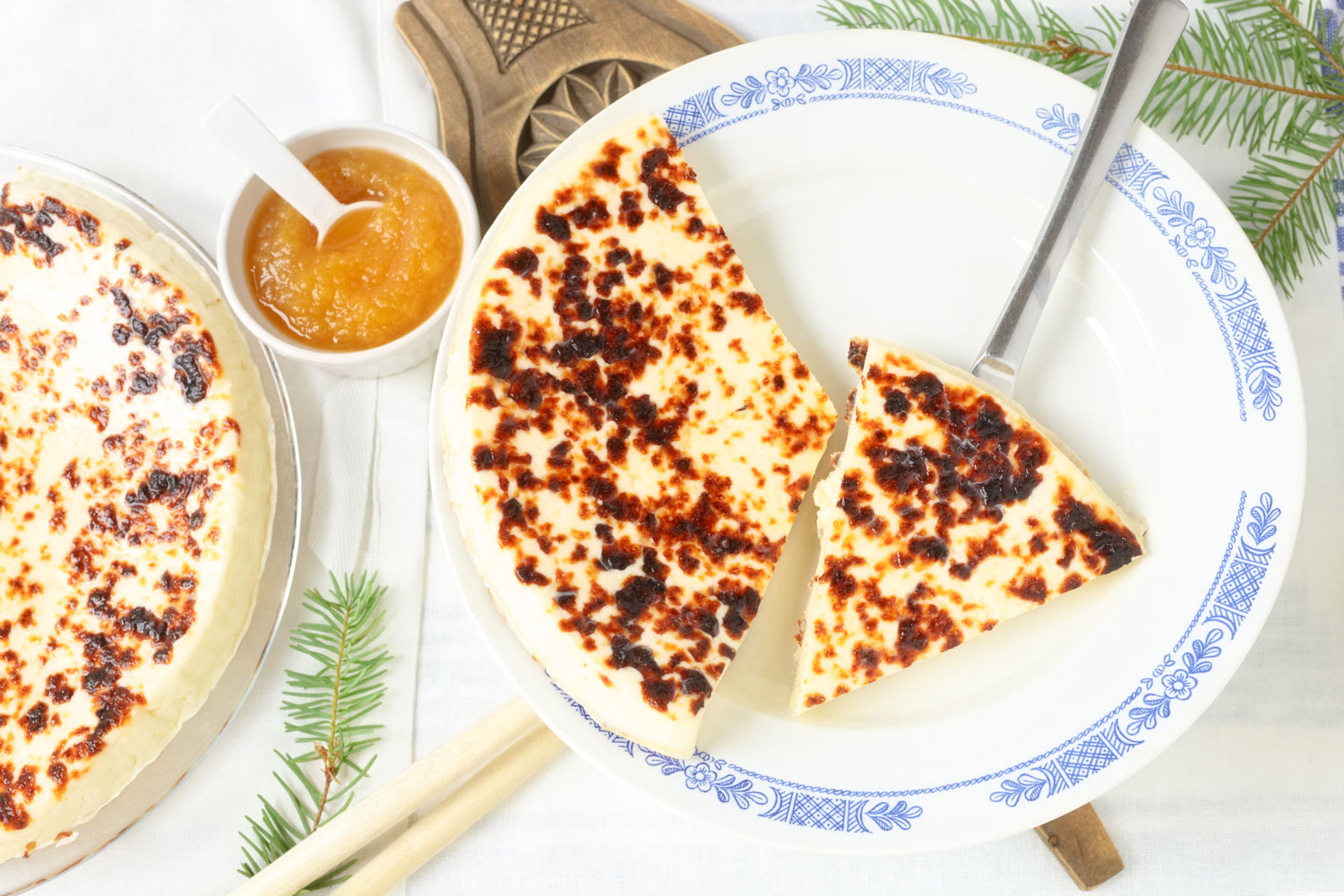 This popular Finnish cheese, known in the US as Finnish squeaky cheese, is a fresh cheese made from cow’s beestings: milk from a cow that has recently calved. Reindeer or goat milk are popular variations, and it is usually eaten with cloudberry jam. 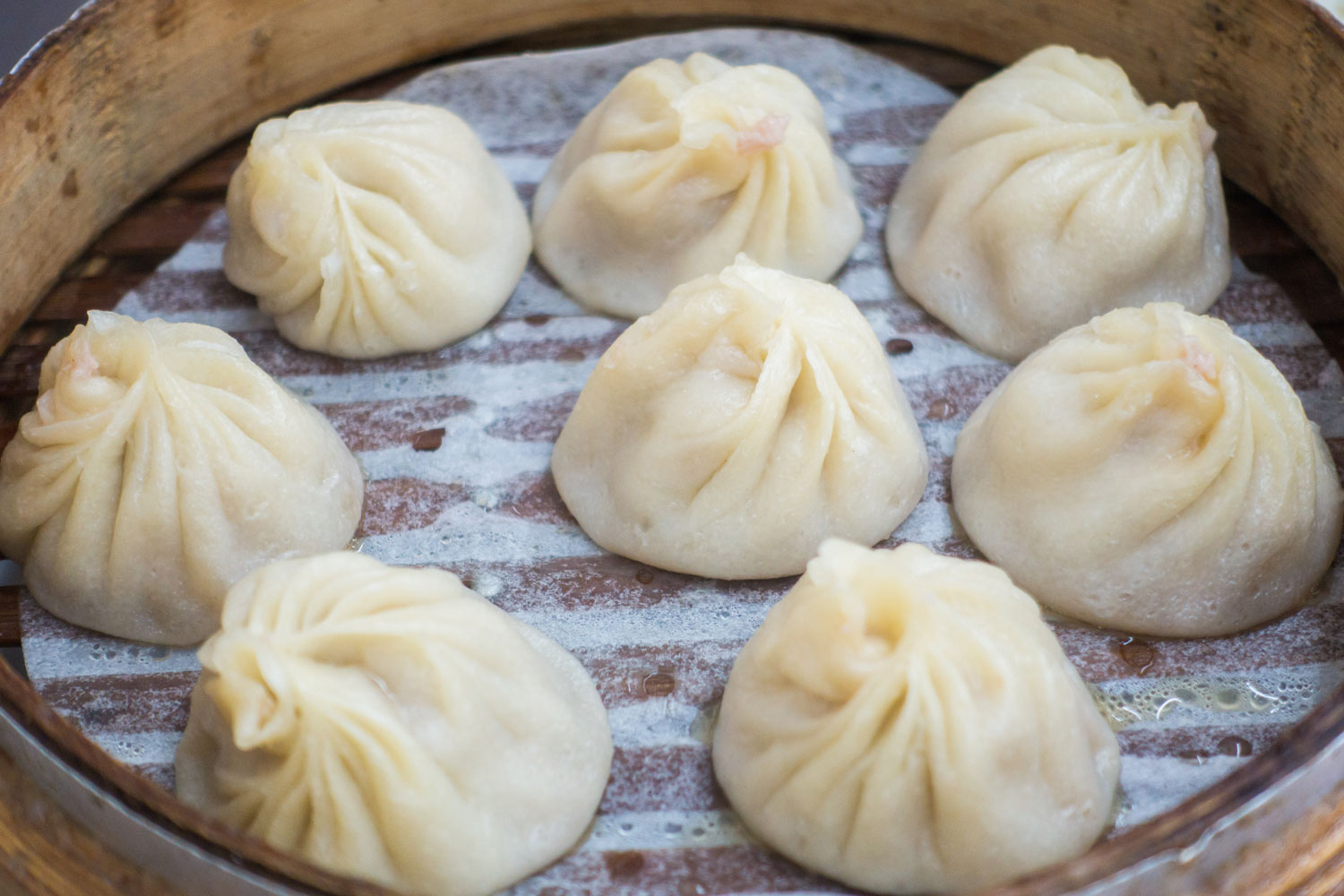 Also known as soup dumplings, these steamed buns are traditionally filled with pork and broth, and served in a bamboo steaming basket. 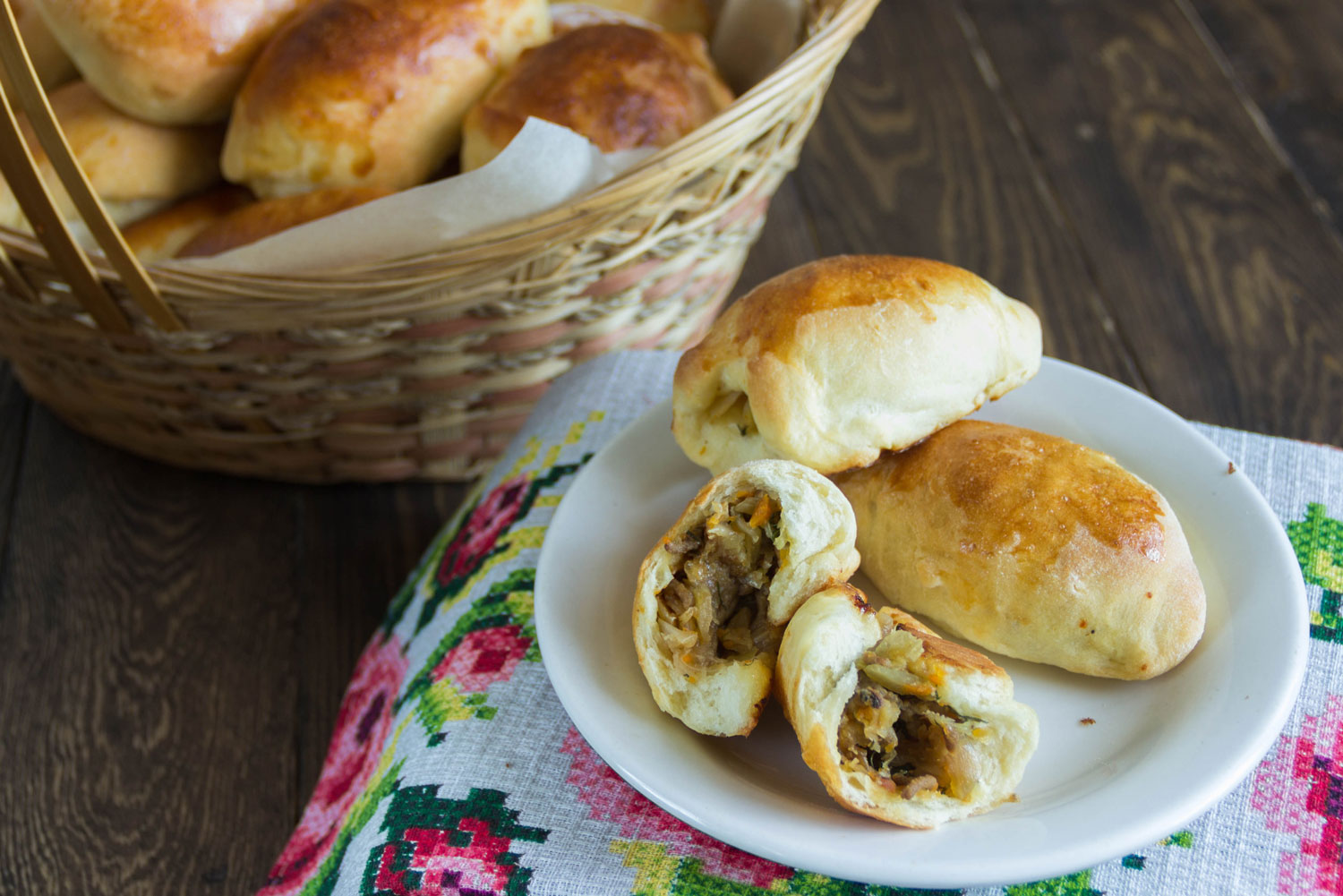 These popular Russian snacks are baked or fried buns stuffed with a variety of fillings, such as beef, potato, or cabbage. 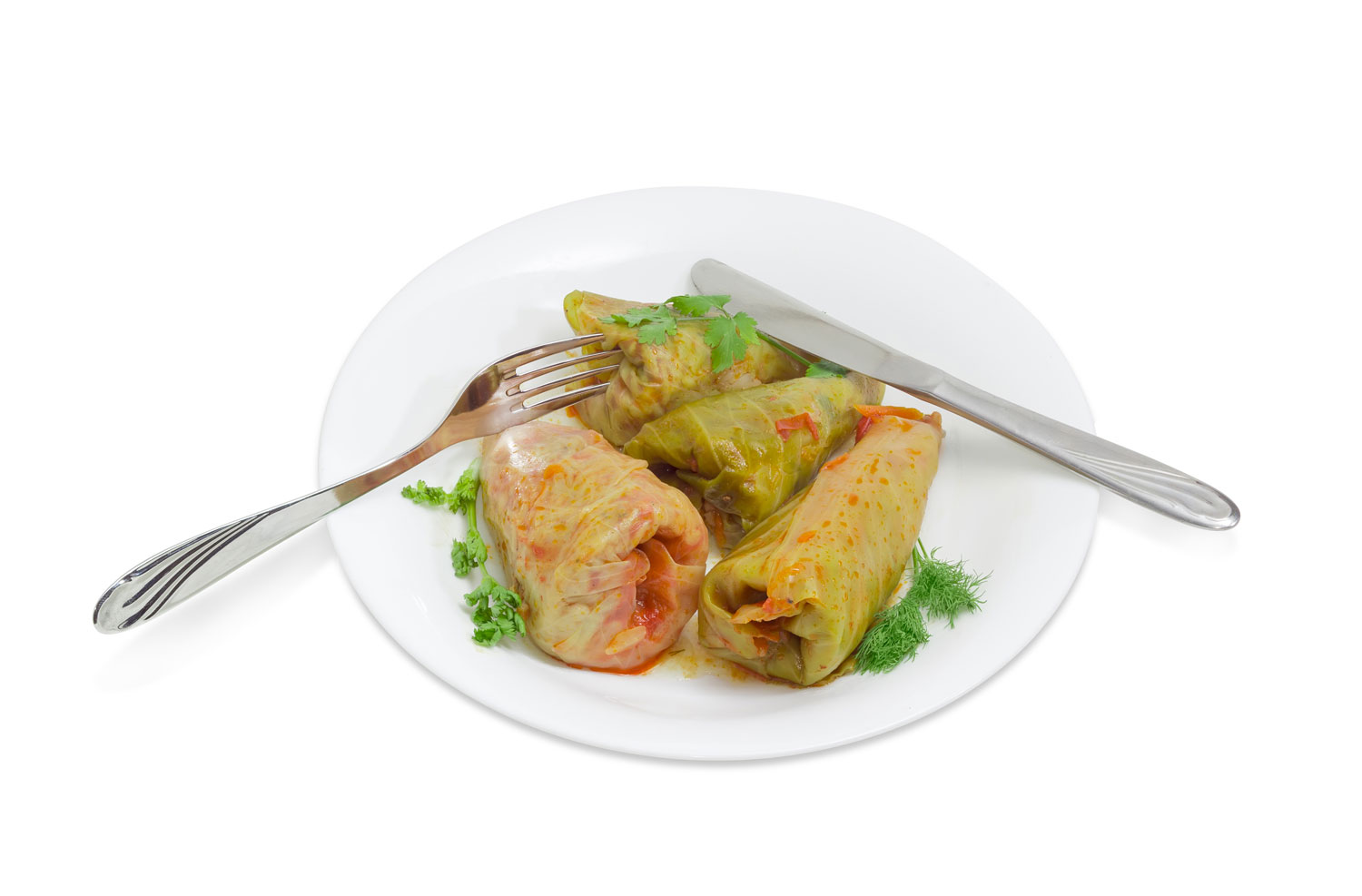 Holubtsi is a stuffed cabbage roll dish wrapped around a variety of fillings and served in a tomato based sauce. 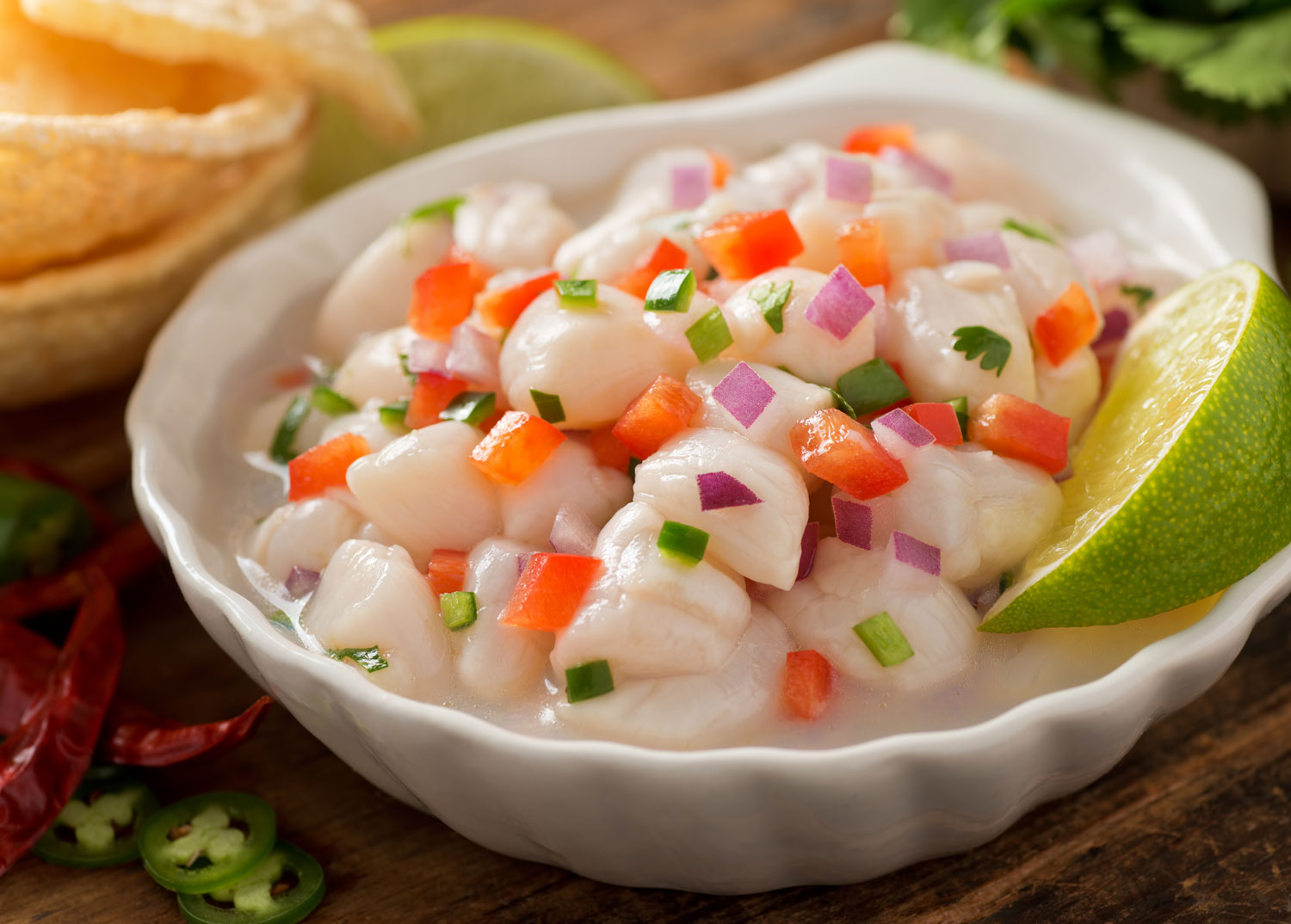 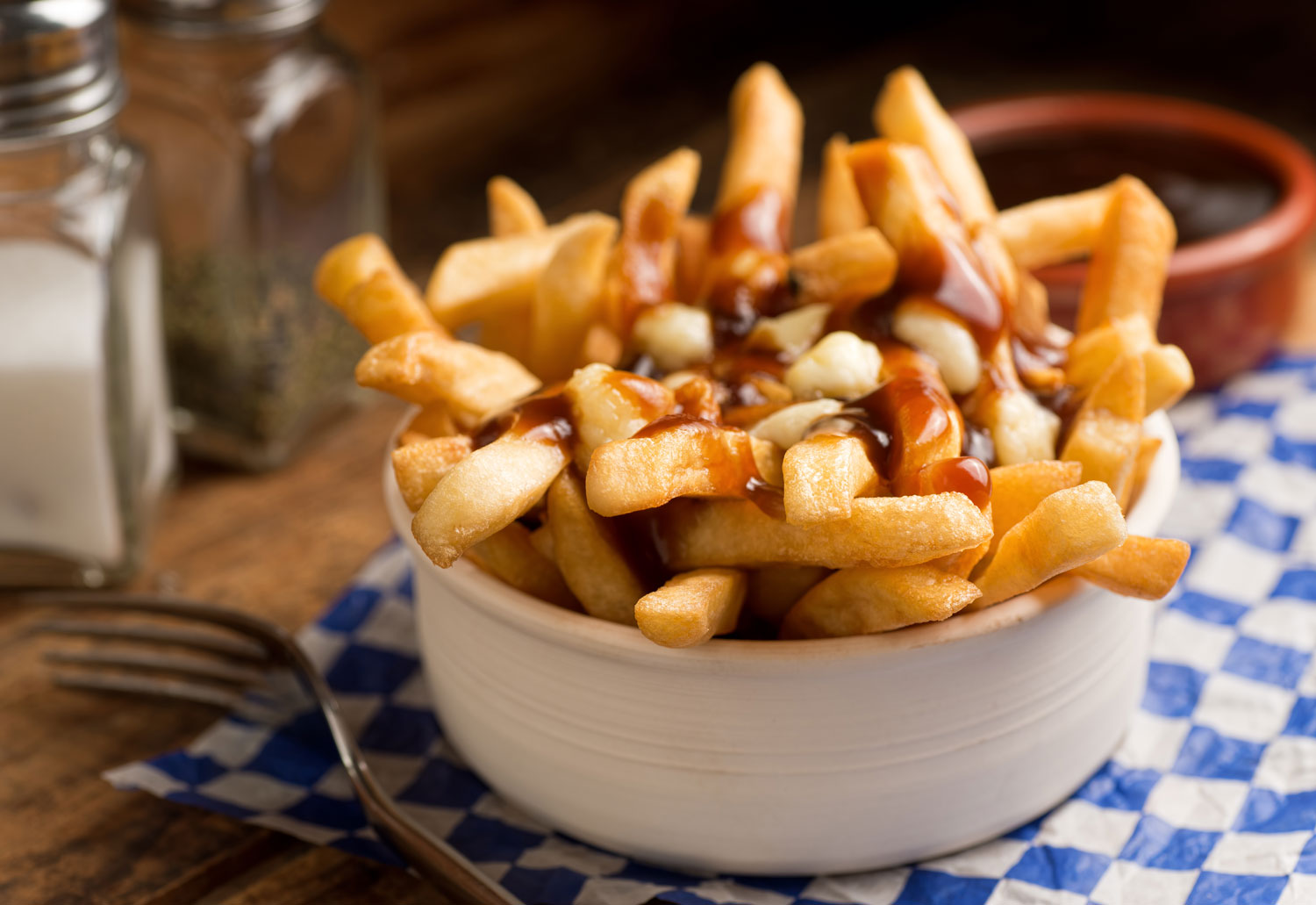 This classic Canadian dish combines fries, fresh cheese curds, and gravy to make a savory snack that can double as a full meal. 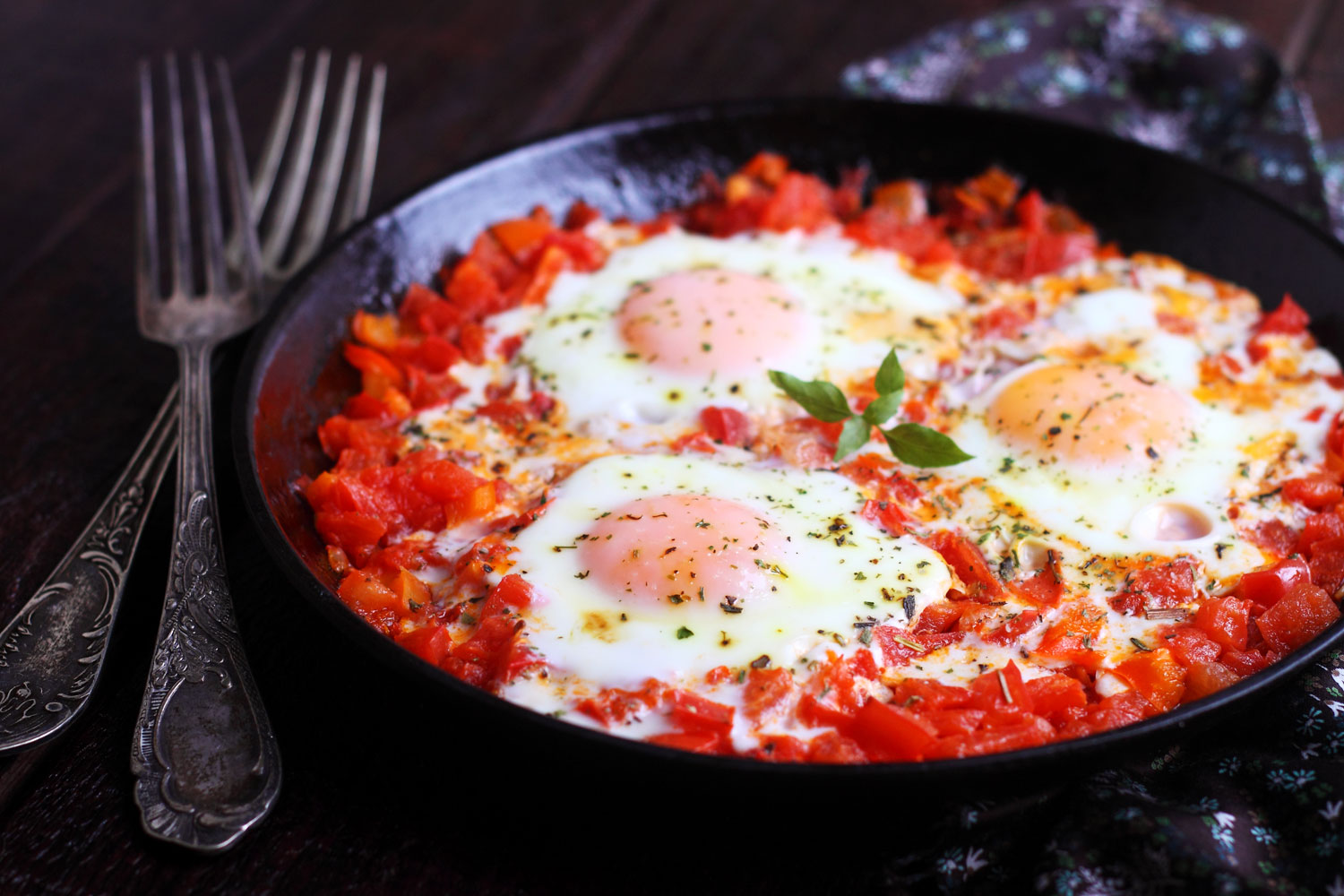 A Dish of Shakshuka © alely / Shutterstock

Shakshuka is a popular dish throughout the Middle East. The Israeli version typically involves a dish of eggs poached in a spicy tomato sauce with chili peppers and onions.

Book with Holiday Hamster and you could taste some of these wonderful dishes for yourself – in the authentic locations.
Call 08000 988 955 and have a travel advisor tailor make your itinerary at the best possible price.

The above article first appeared here, in July 2017.