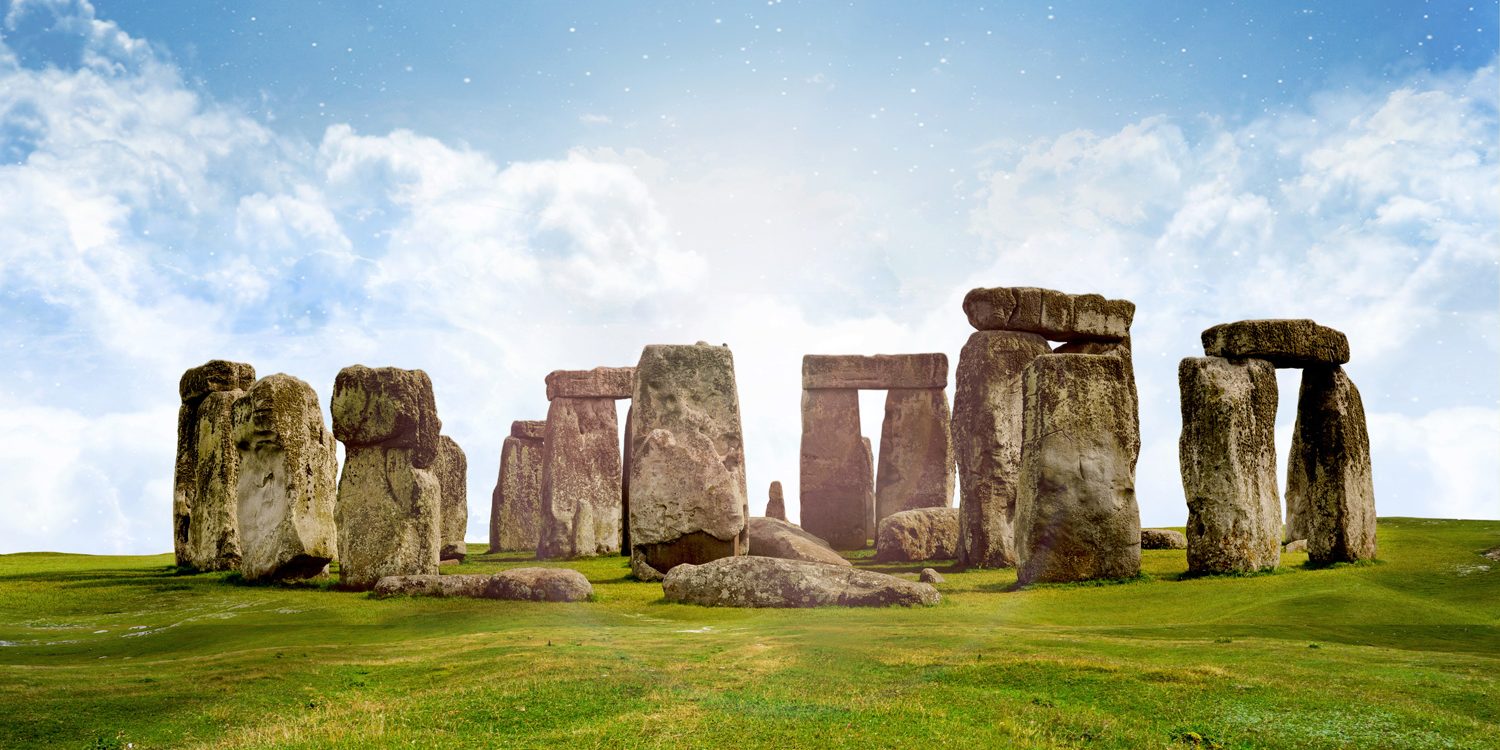 Composed of England, Wales, Scotland and Northern Ireland, the United Kingdom has long been a favourite European tourist destination for many because of its beautiful countryside, historic cities, topnotch museums and outstanding theatres. From medieval castles to stately mansions and the awe-inspiring scenery of the Lake District and the Scottish Highlands, there are a diverse set of places to visit in the UK. 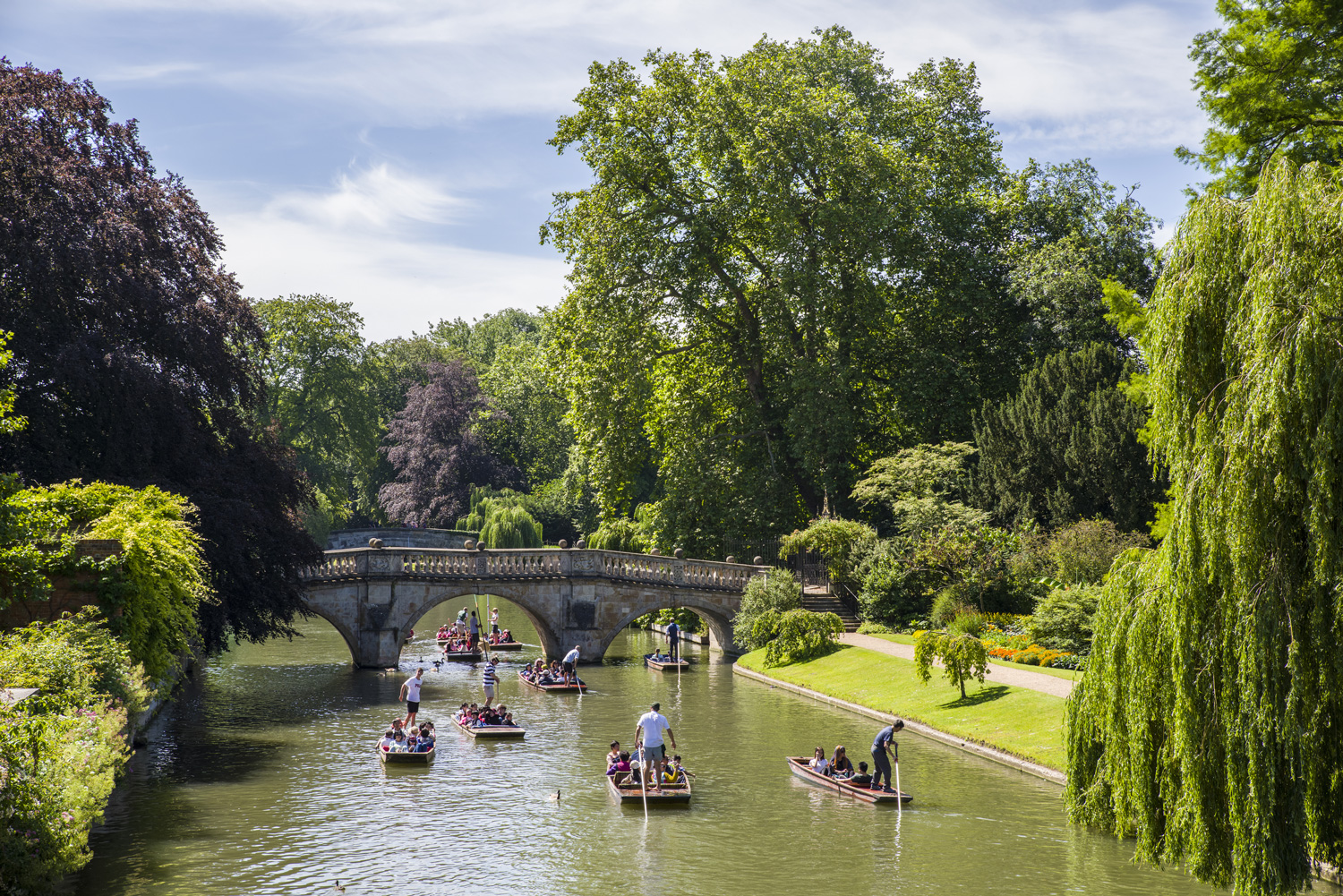 A picturesque view of Clare Bridge over the River Cam in Cambridge, UK © chrisdorney / Shutterstock

Cambridge is a charming English city located on the River Cam just north of London. As the home to one of the world’s top universities, the University of Cambridge, it has all of the cultural and entertainment options you might expect from a college town. The King’s College Chapel, situated along the River Cam, is considered a fine example of perpendicular Gothic architecture and is one of the most visited sights in the city. 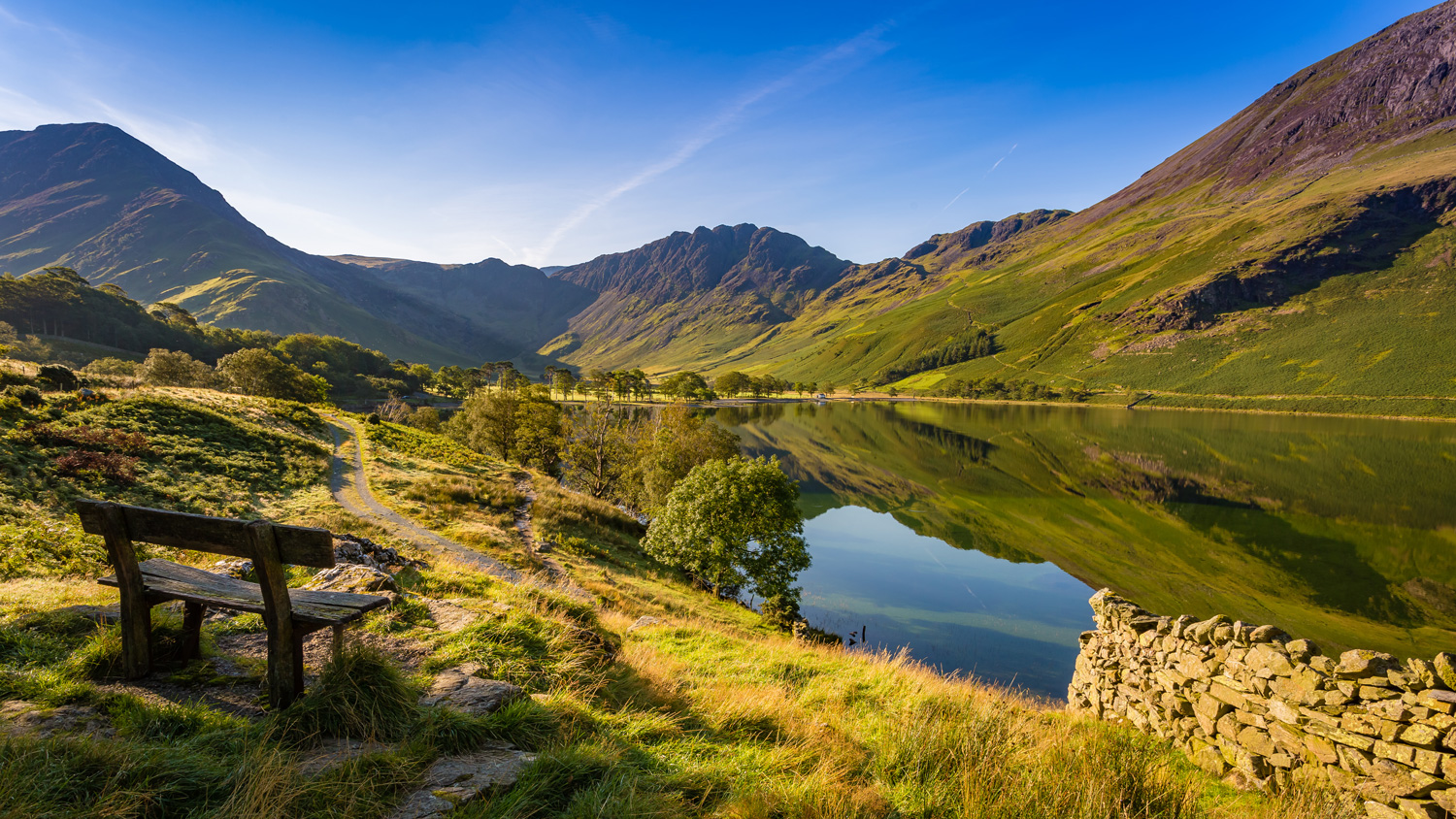 Located in north west England in the county of Cumbria, the Lake District is the second largest National Park in the UK. The main attractions are the lakes, mountains and hills carved by glacial erosion and providing dramatic and inspiring scenery. It is England’s premier destination for hiking and climbing. Among the most popular places to visit in the United Kingdom, the park is visited by about 14 million tourists each year. 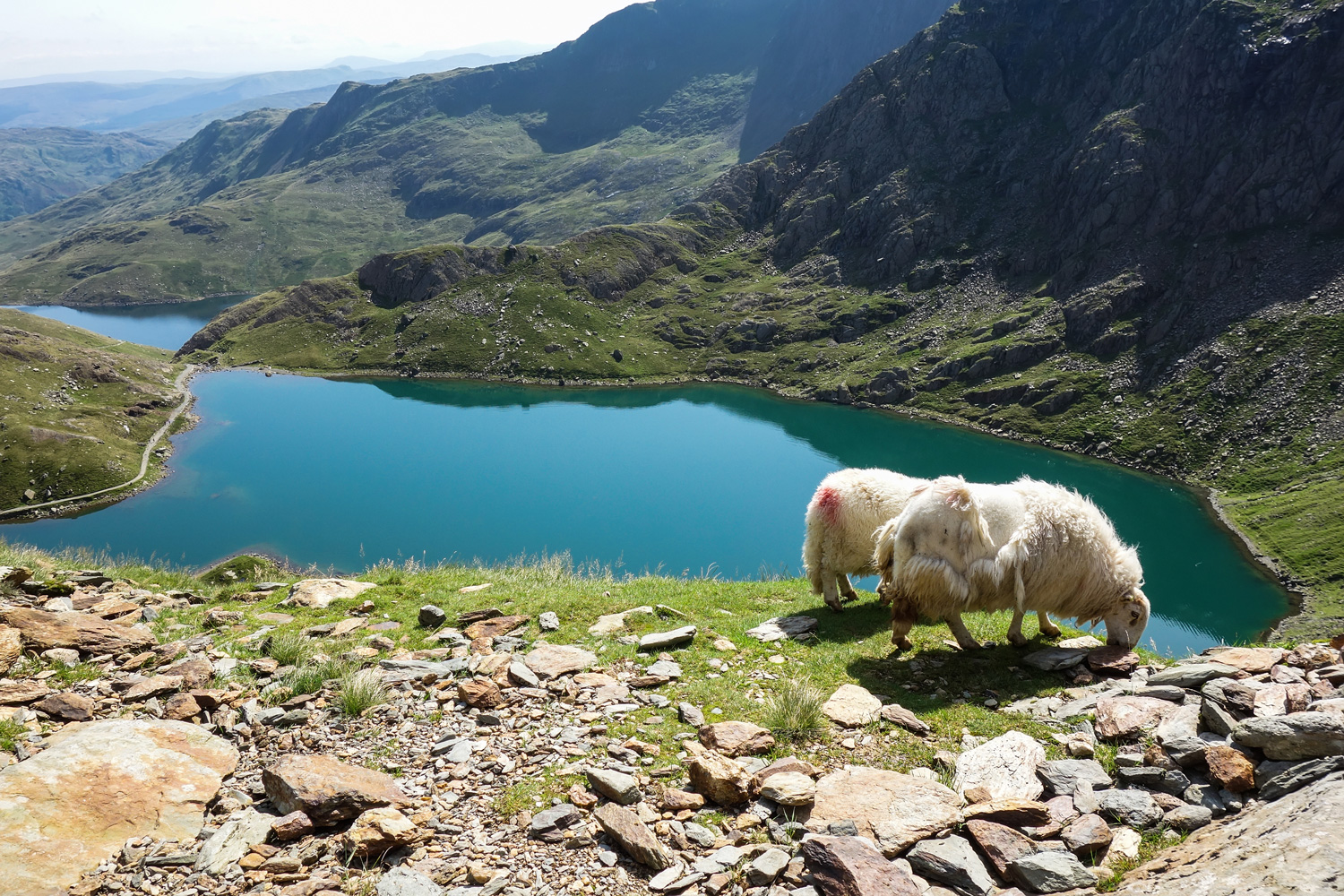 Snowdonia is an awesome national park. There is simply no other way to describe the stunning 360-degree views of the mountains, valleys and coast below. On a clear day, visitors can even see Ireland. Located along the coast of Wales, Snowdonia is home to Snowdon, the highest mountain in Wales and England, and the largest lake in Wales. It is the third largest national park in the United Kingdom. 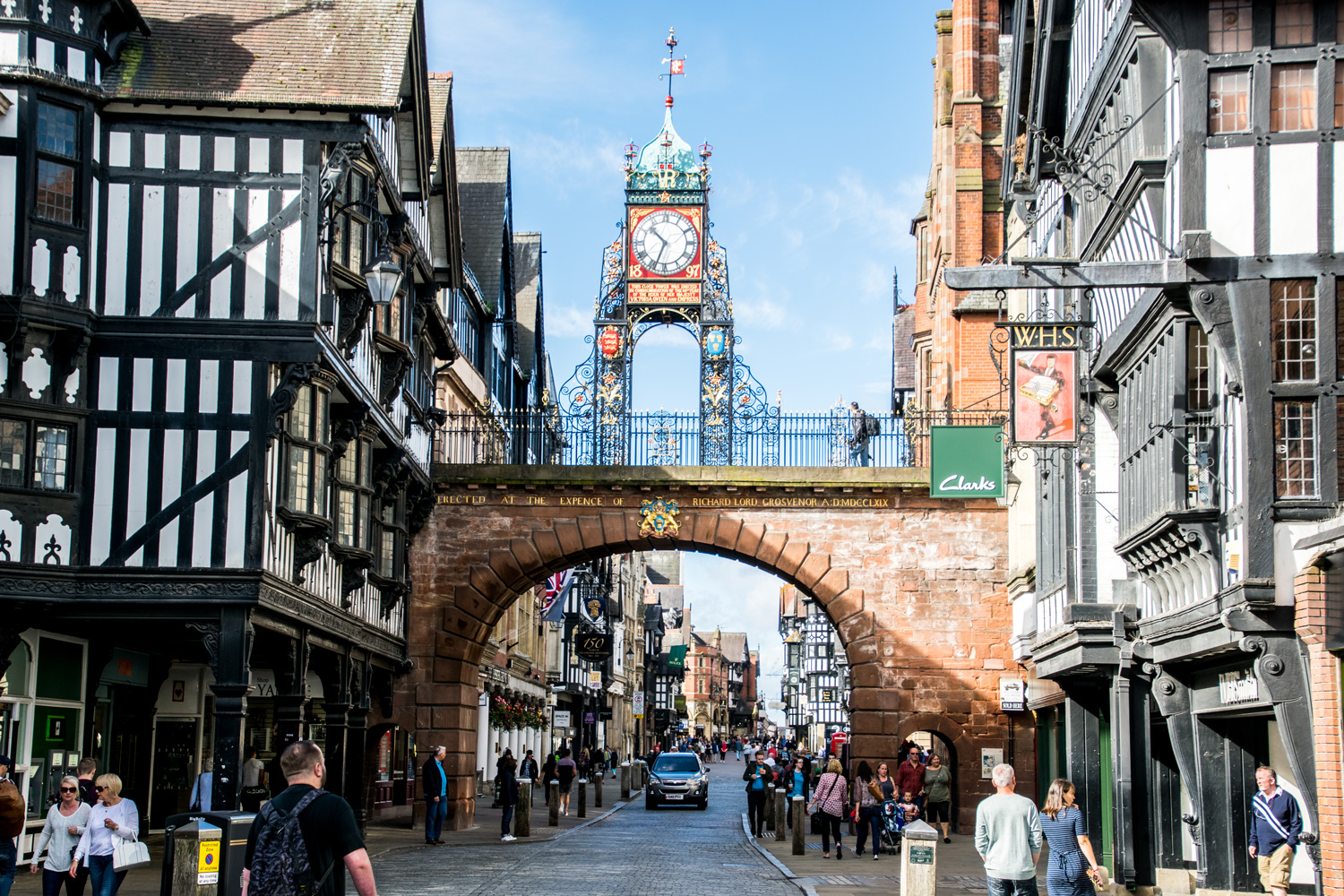 Not far from the border with Wales, the city of Chester lies on the River Dee in Cheshire, England. The city is more than 2,000 years old, which means there is plenty of history, culture and architecture on hand spanning several eras. Distinctive 19th century black-and-white revival architecture can be found throughout the city. The Roman and medieval walls encircling the city are one of Chester’s biggest tourist attractions. 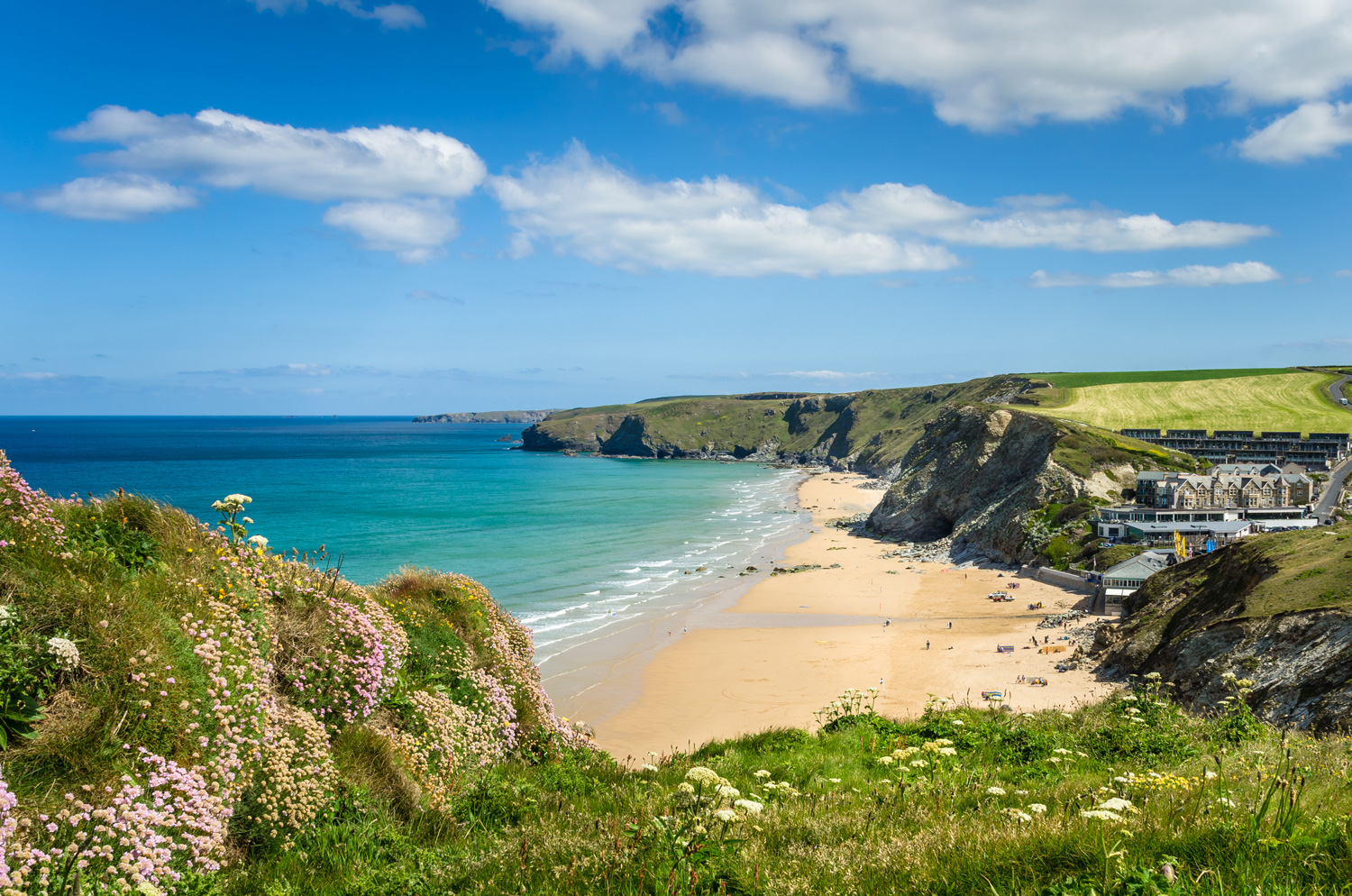 Cornwall is a study in contrasts. It is charming and quaint, yet rugged and isolated. Located in the westernmost point of the United Kingdom, Cornwall is a peninsula that offers rocky cliffs overlooking the sea on its northern side and golden sand beaches that are loved by tourists on the south. 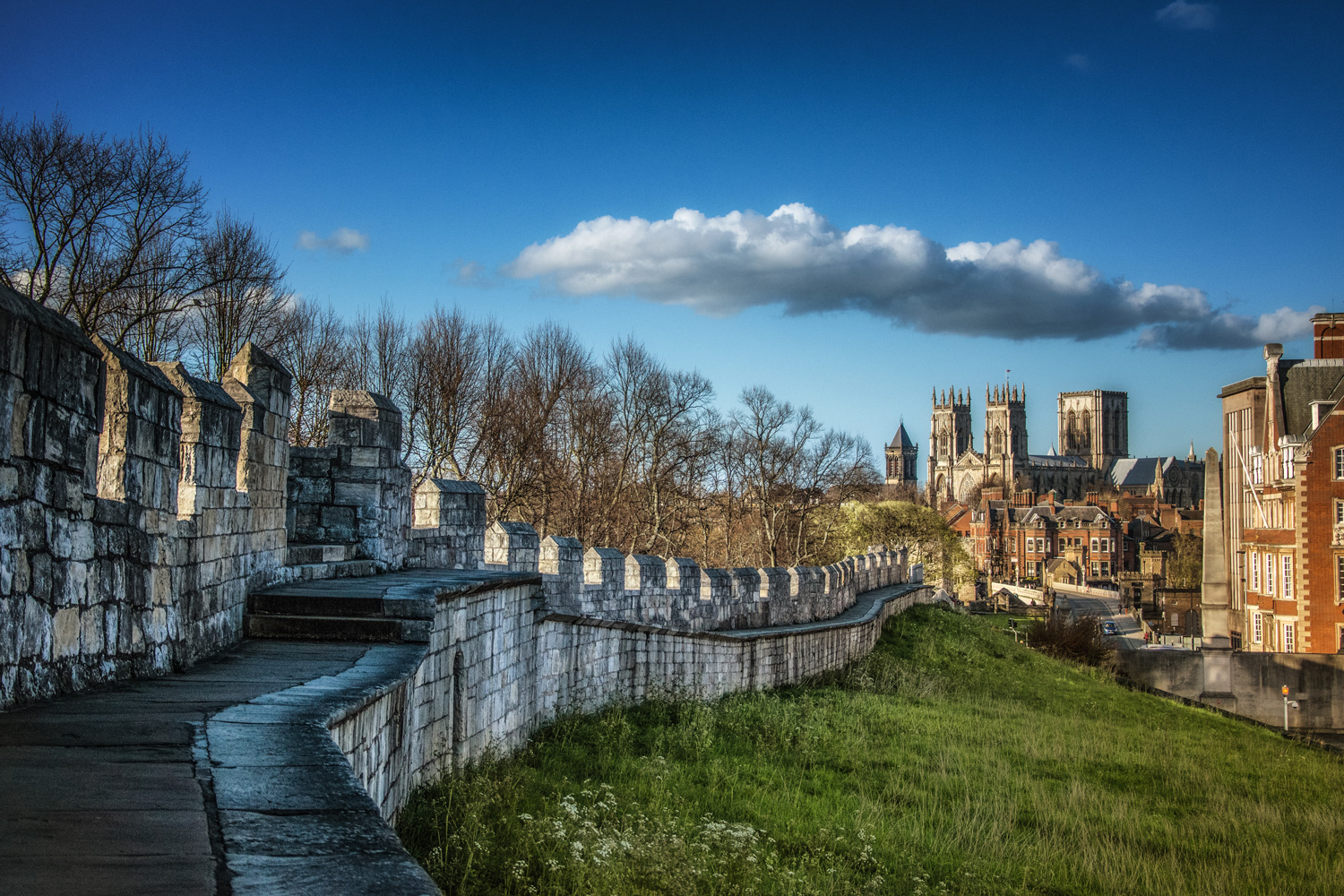 York Wall with the Minster in the background © staoist520 / Shutterstock

York is a walled city with a rich heritage located where the River Foss meets the River Ouse. An impressive number of attractions are packed into the space of this ancient city. One of the city’s landmarks is York Minster. This commanding stone cathedral is filled with remarkable works of art. York is one of the largest pedestrian zones in Europe, which means getting around without transport is not difficult. 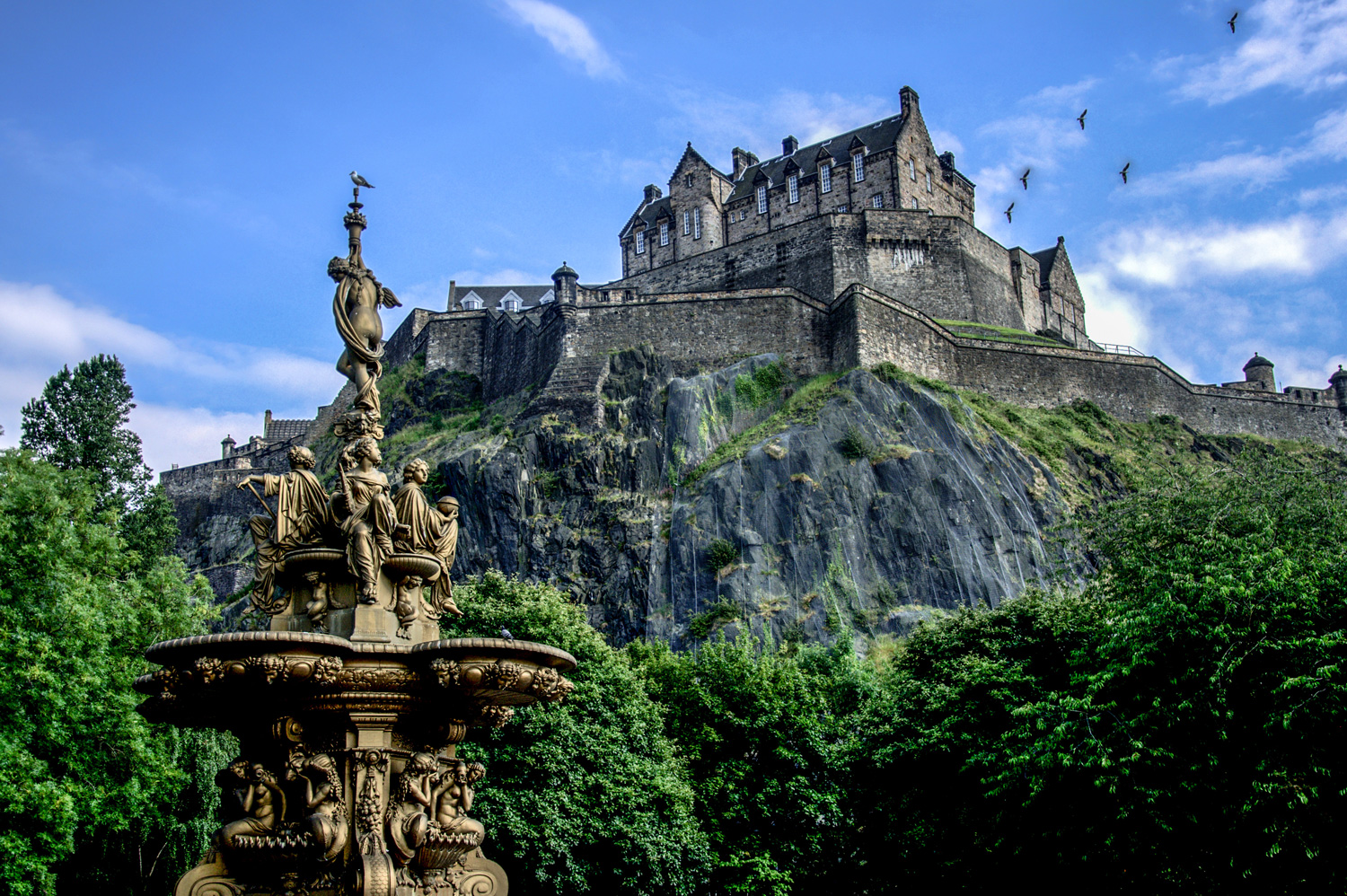 Visitors to Edinburgh need to be prepared to experience history, from the cobblestone streets to Edinburgh Castle that is symbolic of Scotland’s capital. Edinburgh is steeped in history, beginning with the Old and New Towns, which have more than 4,500 historic buildings and sites between them. Old Town is home to Edinburgh’s most famous street, the Royal Mile that connects Edinburgh Castle with the Palace of Holyroodhouse. New Town isn’t really new, since it dates back to the 18th century and is best known for its neoclassical architecture. 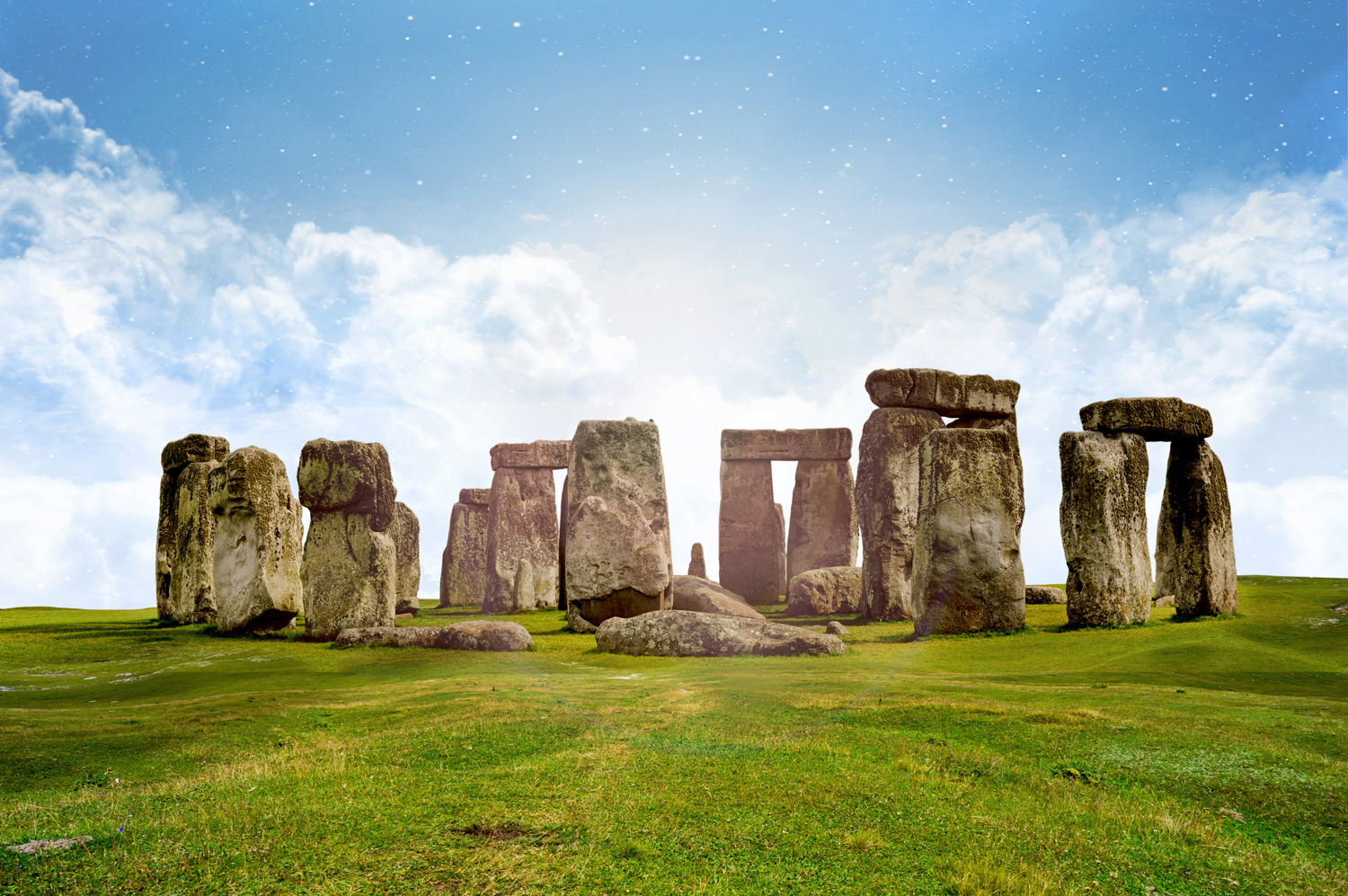 Stonehenge in the sunshine © Abdoabdalla / Shutterstock

One of the most famous sites in the world, Stonehenge is composed of earthworks surrounding a circular setting of large standing stones in south west England. It is also home to some of the most important Neolithic and Bronze Age finds and structures in the UK, and contains some 200 scheduled monuments. From about 2500BC, Neolithic and Bronze Age man started to bring Bluestones and Sarsen stones from Wales and the Marlborough Downs. It was not until 1600BC that Stonehenge came to be completed. 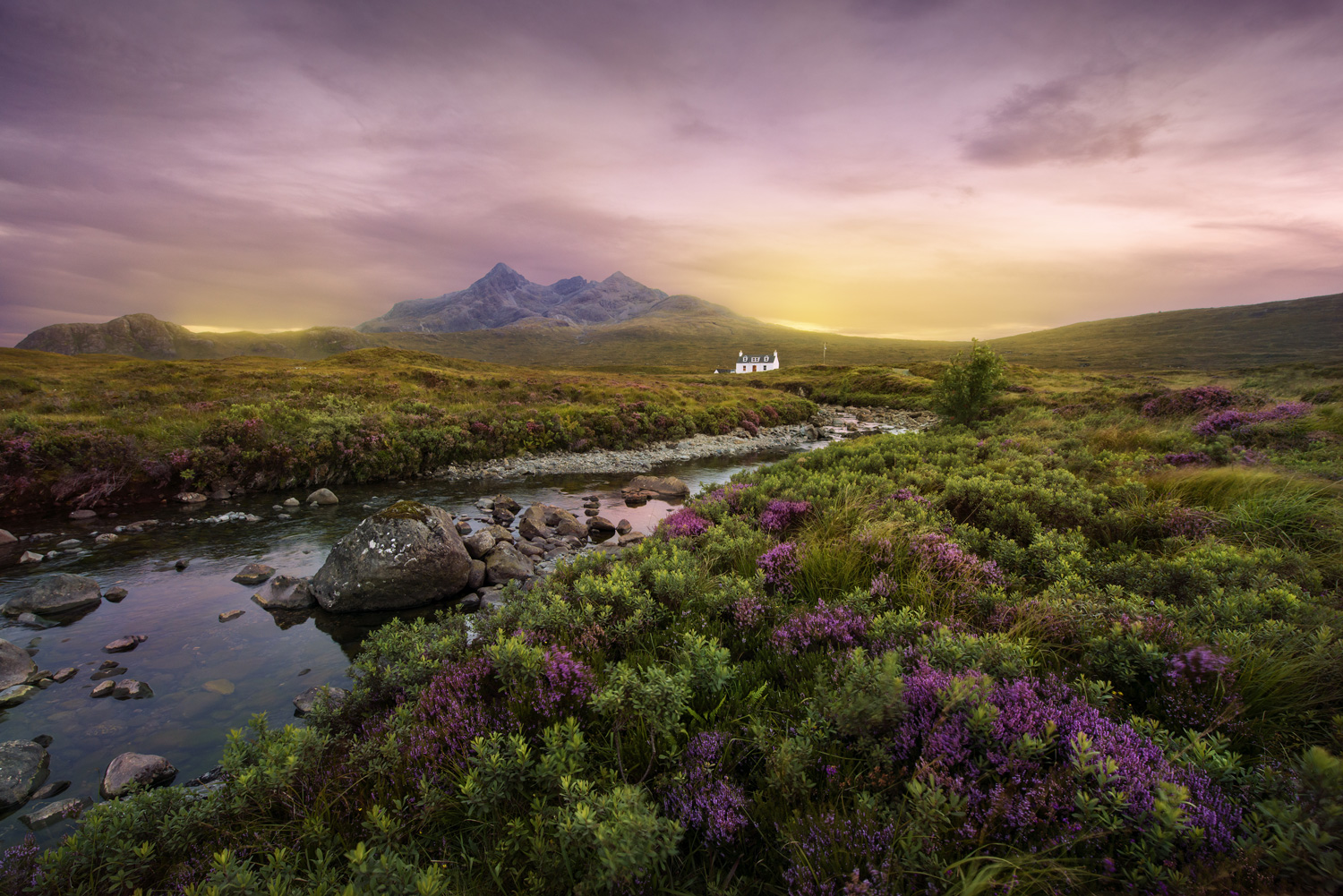 Colorful sunset over the river Sligachan in the Scottish Higlands, Scotland © inigocia / Shutterstock

The Scottish Highlands is the rugged northern and northwestern portion of Scotland. This is the Scotland conjured up by visions of tartan, kilts, lochs and Braveheart. The area is very sparsely populated, with many mountain ranges dominating the region, and includes the highest mountain in Britain, Ben Nevis. Among its most popular attractions is Eilean Donan Castle, a real picture postcard castle and Loch Ness, Scotland’s most famous lakes. 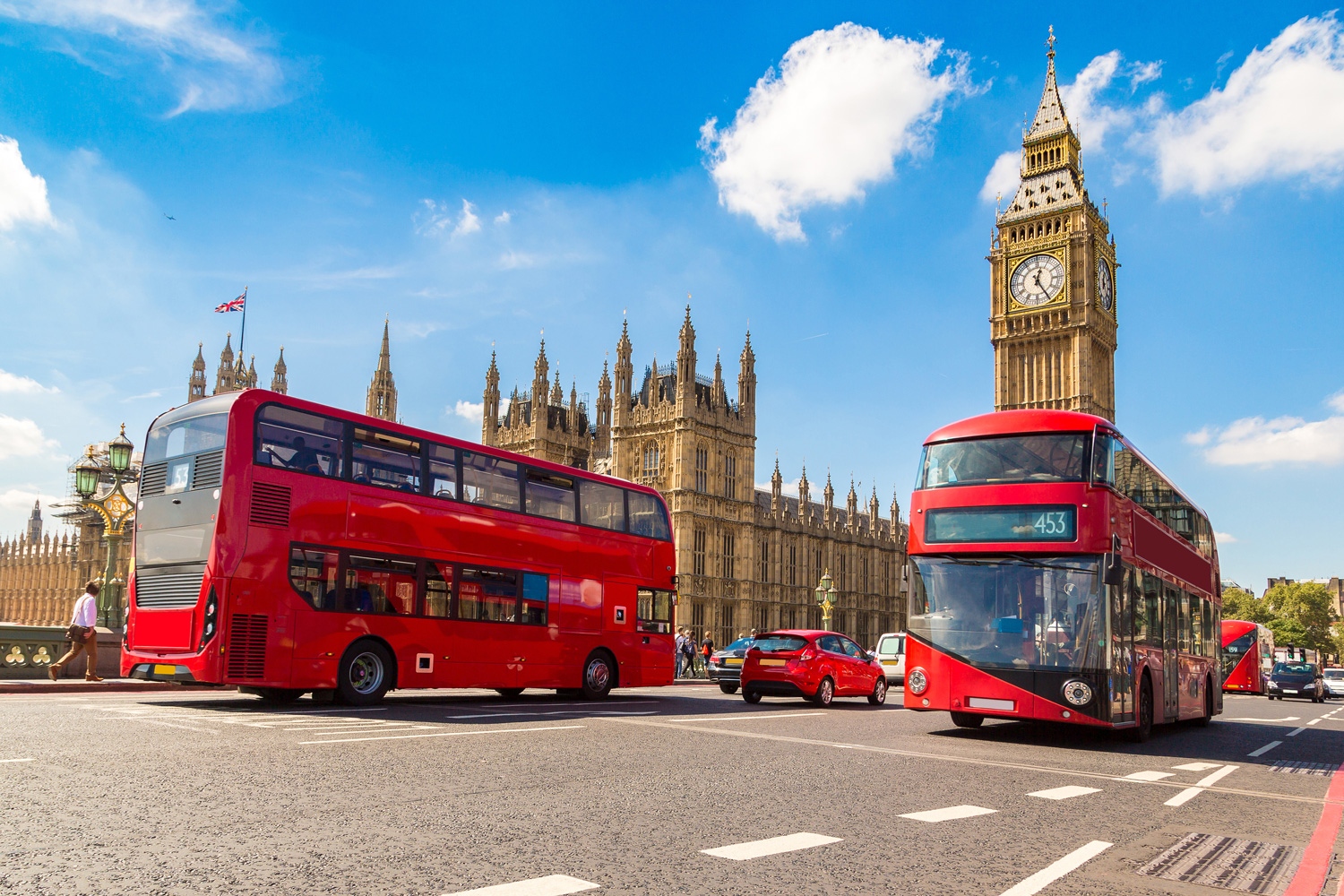 London is a fascinating city laden with history, filled with museums and art galleries, beautiful green parks, fantastic shopping and dining, a vibrant theatre scene, and, of course, royalty. London is truly a city that has it all. The changing of the guard at Buckingham Palace is a not-to-be-missed experience, as is watching the minutes tick away at Big Ben, probably the world’s most famous clock. Another London must is riding a double-decker bus across Tower Bridge over the Thames River.

If you fancy exploring the UK, get in touch with Holiday Hamster. Call 08000 988 955 and one of our Travel Advisors will help find exactly what you’re after at the best possible price.